Nowadays we can no longer distinguish it as it has been used and popularised in performances in front of the audience, whether they accept it as part of the show or just don’t care about the real voice. But don’t misunderstand this, because there are excellent singers who have used it or use it to have a virtual backing vocal with their own voice, special effects as required by the song and it is totally valid.

What is really unacceptable, or at least it is to me, is that I am a lousy “shower singer” who uses it to modify my voice to such an extent that it is a deception to “my audience”.

Technology has digitised the equipment by reducing its size and power consumption, adding extra functions to just processing the voice like in a recording studio, it has integrated the voice through a microphone to musical instruments, whether the vocalist is playing a guitar or other musical instrument while performing in front of an audience or accompanying himself in the recent “if the music inspires me to vocalise, it’s perfectly valid” home studios. 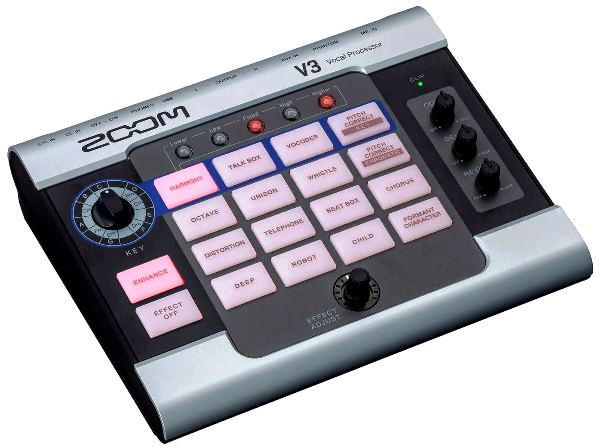 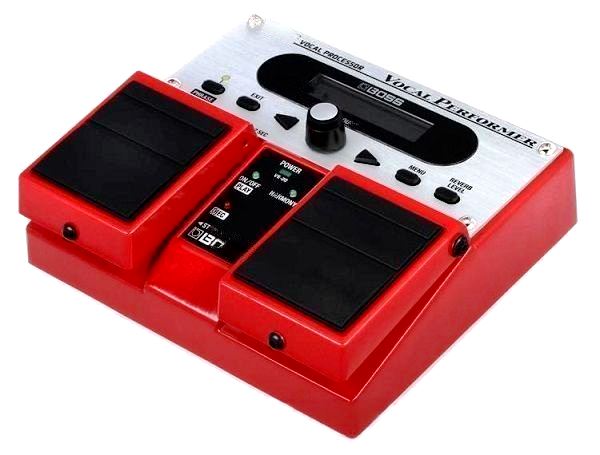 However, these very small pieces of equipment have their detractors, be they purists or bandleaders, the latter may argue that it “takes away the work of the extra musicians” but the current reality indicates that if you want to make a live performance you must take care of the economy of all and not only favour the orchestra or the producer of the event, what must prevail is the excellence of the music in front of the audience, and for that you need good vocalists and excellent musicians.

The technology of voice processors accompanied by digitised effects is already with us, there is no turning back, nor should there be, everything changes for the better and that leads us to have better vocalists and more qualified musicians, it gives the opportunity to emerging musical groups that do not have a large budget for extra musicians, recording studios … if you are good with little, you will be evaluated by those who really matter, your audience.

Now let’s talk about these vocal effects processors, what they do, what they look like, costs, etc.

What do they do?

They are electronic devices that allow echo effects, reverb, voice multiplication (to be and make your own chorus), enhance the vocalist’s singing in real time, pitch, depth, volume, add pre-recorded harmonies and loops, change tempo, gender, age and distort the voice, something you could never do on your own, all while performing in front of your audience, something unthinkable between how the artist sounds in studio and “live” and in addition to this we can integrate via MIDI connection a guitar, piano, synthesizer or simply next to the microphone, a harmonica, to the audio output.

They are small, portable and not expensive musical equipment digitized or purity of sound that emanates from them, are placed between the microphone, either dynamic, condenser … the main thing is its connection is XLR, these capture the voice processing it, mixing it to achieve and deliver a very refined voice (such as that of a recording studio operated by a sound engineer), directly to the audio system to the public, and are presented as desktop models or pedal, both do wonders.

At this point we must remember that like all equipment, they are constantly updated, improving their quality and variety of effects and interfaces to other equipment, so there is a wide variety of prices according to their characteristics, currently we can indicate six really efficient voice processors, I established the order according to the price range and not preferences, in the links you can see videos of artists using them, their use and more.