Chilean singer-songwriter, a native of the city of Valparaíso. He began his musical career at the age of 25, being part of salsa groups such as Latin Salsa, La Sandunguita, Trabuco Clásico and Santiago All-Stars.

After achieving steady progress over the years, he decides in 2018 to jump into the limelight as a soloist recording solo his first production entitled “Ahora Si” leaving songs like Humo y Licor, Ahora Si, Tu Tiempo bailador, Buscando El Tumbao, Yo Vengo de aquí and more… All of them being original songs.

The production was made in Chile, Venezuela and Switzerland with great international collaborators. This album meant him to be nominated within the 5 best tropical productions of Chile for the Pulsar Awards of Chilean music.

In 2020 he released the single “A mí que me den la Salsa”, a composition of his own that has managed to position itself at No. 1 in the salsa ranking in the US, Puerto Rico and Europe.

In this year 2021, he surprises us with his most recent production titled “Como Suena mi Tambo”, a composition made by Fabian Rosales himself, with arrangements by Juan Rivadeneira, and where he has the collaboration of two great musicians from Puerto Rico such as Kachiro Thompson on Tumbadoras and Eliut Cintron on Trombone.

Fabian Rosales is currently nominated for the Awards to Excellence of the year 2021 in the category Salsero Singer of Excellence.

Valparaíso is a city, commune and port of Chile, is the capital of the Province and Region of Valparaíso. Being also its historical, administrative, institutional and university center of the conurbation called Gran Valparaíso, which forms along with the communes of Viña del Mar, Quilpué, Villa Alemana and Concón.

According to the 2017 census, it has a population of close to 300,000 people, and if we include its conurbation, the Metropolitan Area of Valparaíso reaches 935,602 inhabitants, being the most populated in the region and the second city after Greater Santiago, together with Greater Concepción.

Valparaíso is the seat of the National Congress, the Command-in-Chief of the Chilean Navy and other national state institutions such as the Ministry of Culture, Arts and Heritage, the Undersecretary of Fisheries, Customs and Fisheries and Aquaculture. It is one of the busiest ports in Chile and one of the most important in the South Pacific.

Geographically, Valparaíso is presented in the form of a large natural amphitheater, located in the bay of the same name and surrounded by hills, where most of the population lives.

Between the foot of the hills and the sea is the Plan, the administrative, commercial and financial center of the city, while the port occupies the waterfront.

Due to its architectural wealth developed mainly in the late nineteenth century, in 2003 its historic center was declared a World Heritage Site by Unesco, becoming the third Chilean site protected by the international organization, after the Rapa Nui National Park and 16 churches in Chile. 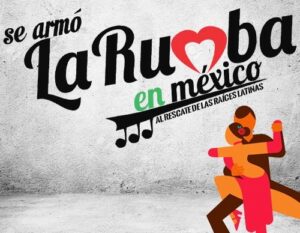