He is one of Mexico’s most important musicians and cultural heritage, recuerdos del Son with Jorge Anselmo Barrientos Silva.

In 1980 he founded Recuerdos del Son (director, arranger, and composer), whose group is already part of our cultural heritage of Afro-Caribbean music in Mexico. This group has participated in festivals, conferences, concerts, and courses, in the most important auditoriums and theaters of the CDMX and the interior of the country. It is worth mentioning that it has been the only Mexican group invited to Nicaragua.

Within his musical career he has been a commentator on radio stations such as Radio D, Radio Educación, La Tropi Q and XEB. He has published several works on Afro-Antillean music and especially on Cuban Son -among others- El Son Raíz y evolución, La Clave en el Son cubano, Método de Tres and a didactic disc on the variants of Son.

Regarding pre-Hispanic music, he published the research: ANALOGÍA ENTRE LOS INSTRUMENTOS DE PERCUSIÓN PREHISPÁNICOS Y LOS DEL SON CUBANO (ANALOGY BETWEEN PRE-HISPANIC PERCUSSION INSTRUMENTS AND CUBAN SON). He has given conferences, concerts and workshops in several cultural spaces such as Faculties of the Universidad Autónoma de México, Cultural Centers in Mexico City, as well as in the interior of the Republic.

He has participated in the Cervantino Festival twice, the Caribbean Festival in Managua, Nicaragua in 1984, Festival de las Artes in Monterrey, Nuevo León, Tabasco, Querétaro, San Luis Potosí, etc, etc. Jorge A. Barrientos Silva was an advisor in the Chamber of Deputies, and commissioner of the Musicians Union.

He has been Secretary of Political Action and in charge of the Legal Department. In the Musicians Union, he was a founder of the Afro-Antillean music workshop, besides having given countless lectures on the Cuban Son and its variants.

Jorge, how many productions have you recorded? 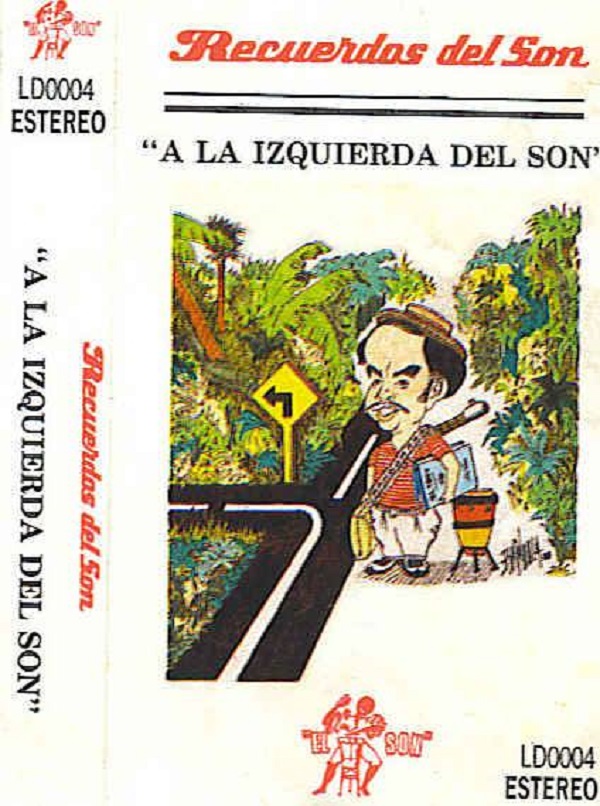 Among those productions, which is the one that has left a mark in your musical history?

All of them have been important and, for example, the album HOIMENAJE PEREGRINO, is a product that record collectors look for and has a special value.

The album, recorded live at the Teatro de la Ciudad, is a document that contains compositions and arrangements by the members, including music and piano solos by Mexican jazzman Héctor Infanzón.

We know that you participated in a festival in Nicaragua, can you share with us about that great experience?

It was something special, since several groups from all over the world participated, among them, Italians, Venezuelans, Cubans, etc. and when playing “al tocar al tú por tú”, the Mexican musicians did not shrink.

You participated in several recordings of your musical partners, to mention a few Tony Camargo, Linda Vera, Wuelfo Gutiérrez, (former member of the legendary Sonora Matancera), what did these great musicians leave you as a musician?

Participating with great music legends is an unforgettable experience since they ask you to interpret the scores, according to the recordings that have left their mark.

Without underestimating the work of today’s musicians, the era I lived in was very special, because each group tried to put its “stamp” on each performance, nowadays, regularly and with honorable exceptions, most of them “sound the same”.

In the present time, do you consider that Afro-Antillean music has transcended?

Yes, it has transcended, but, with the globalization of culture, sometimes there are few novelties.

Jorge, which show do you remember that alternated with the salseros from abroad?

In the fever of the ’80s, fortunately, the businessmen looked at us to alternate with the great figures, among these I can mention: Irakere, Orquesta Aragón, Gran Combo, Sonora Matancera, Sonora Ponceña, Son 14, Adalberto y su Son, etc.

¿Recuerdos del Son is already a cultural heritage of the CDMX did you imagine that someday it would happen?

The work in the cultural area has been the goal of our efforts. How nice to receive the affection and recognition of the people, who are ultimately the ones who make our career.

As director and musician of your own orchestra, has it been difficult to get to where you are?

Music and being in the show business is a daily battle, and if it has been difficult, of course, no one has the formula for success, we will continue in the daily struggle, preparing ourselves and presenting our new productions,

How did your love for the guitar, the bass and the Cuban tres come about?

First, I am a descendant of a bohemian family, where the guitar was never missing, then with time my love for the bass and then the Cuban tres began.

Are you still performing?

I’ve been performing on Saturdays at the Salón Caribe and other dance halls for 4 years. The cultural activities have been suspended for some time now (by covid) but, hopefully, the presentations in festivals and theaters will be reactivated.

Do you still feel the same adrenaline rush when you step on a stage?

Fortunately, it’s the same emotion, you never know if the public is receptive or ignores your efforts.

In your musical career, have you been honored or received recognition?

Yes, I have received countless recognitions, both for the trajectory of RECUERDOS DEL SON and for the research work I have done.

Jorge before saying goodbye we want to thank you for being and existing as the cultural heritage of the CDMX.

Would you like to close this talk with a few words?

Some say that Son is dead, Don Ignacio Piñeiro used to say: “Son is the most sublime thing for the soul to have fun, it should die, who for good does not judge it.

MAY THE SON NOT DIE, WITH CLAVE AND BONGO, MEMORIES OF THE SON.