Life is fun. Dare to live it

Bella Martínez was born in Puerto Rico. She is a graduate of Natural Sciences from the University of Puerto Rico, Río Piedras Campus. She lived in the state of North Dakota as a member of the United States Air Force. She completed her master’s in Health Services Administration and Quantitative Methods at Central Michigan University, Mount Pleasant, Michigan.

In 2016 she published Schizophrenic: Imaginary Episodes from a Different Life. In 2020 she wrote Insurrecta: Schizophrenic Chronicles of an Indomitable Life from Ediciones Scriba NYC. She maintains contact with her followers through the blog Life is beautiful, dare to live it. Her mission is to inspire Spanish-speaking people around the world to live life to the fullest.

Her writings have been published in several international literary anthologies, including: Divina, la mujer en twenty voices by Ediciones Scriba NYC -awarded at the International Latino Book Awards 2019, in Los Angeles, California- and in various editions of the poetry book Siglema 575, of minimalist poetry, Ediciones Scriba NYC. If you want to know more about Bella, you can do so by visiting Bellamartinezescribe.com or through her pages on Instagram, Facebook, Twitter, YouTube and Pinterest.

Bella Martinez I lead a pretty funny, sometimes complicated life; although I try every day to simplify it. I’ve even thought that one day I could be a minimalist…. Sure, in my own way; like everything else. I almost forgot to mention that I’m a vegan and a salsa dancer who dances until she collapses.

I should add that I love music that allows me to dance and express what is otherwise impossible to write or draw. In short; I dance salsa, I cook, I write and I dare to face whatever life brings me.

My mission is to inspire Spanish-speaking people around the world to dare to live a unique life because as I titled my blog: “La vida es bella…. Dare to live it”; I believe that life is to be lived the way you want it to be lived, doing good without looking out for others. I invite you to take a look at my blog https://isapatvaz.blogspot.com .

I post about dance, music, beauty, fashion, vegan cooking, literature and everything else I can think of. Well, at least that’s the intention.

As for my narrative; and according to my great friend of always, Dr. Lopez Feliciano: “Through humor, and the narrative of the transgenerational transmission of the tribe, core values such as freedom, truth, integrity and fidelity are exposed.

The schizophrenic chronicles unveil an imaginary world in which cats, heifers, lice, mice are personified; and shoes, brooms, cars, keys and paper dolls are animated. The approach to reality is fantastic spun with ideas of references that are only experienced by an untamed life.”

And I say, “I expose in my memoirs through wacky stories and mocking the harsh daily reality of an ordinary routine; visiting stamps of my memories and nostalgically longing for the peasant activities of my ancestors whom I remember daily. You can’t help but fall in love with my picturesque narrative…”

The memories of Jimmie Morales comes to us from the pen of Puerto Rican writer Bella Martínez. In this new proposal by Martinez, she herself reported that: “it details the memoirs of the conga player who made his way into the world of salsa to become one of the most influential percussionists in the genre he has dedicated his life.”

The official launch of this daring text in which the author stresses the importance of our music and the influence that Puerto Rican performers have had throughout the history of salsa beyond our shores was on Thursday 19 November 19 2020.

This launch coincided with Puerto Rican’s Day. The list of contributors Bella counted on during drafting included the maestro Willie Rosario, who wrote the prologue, and the most prolific soloist of commercial salsa: Gilberto Santa Rosa, who wrote the introduction and the back-cover text. The virtual presentation of Un conguero para la historia was sponsored and streamed through the Instituto de Cultura Puertorriqueña.

The text is available in paper form through the following links:

In the following text, fro-Antillean music researcher and Colombian journalist Robert Téllez Moreno, who is a biographer of Ray Barretto and Willie Rosario, summarizes what the reader will find in the memoirs that the conga player Jimmie Morales shares with his followers through the voice of Bella Martínez:

Percussionist Jimmie Morales was born in Bridgeport, Connecticut. The son of Puerto Rican parents and owner of a natural talent, he developed an interest in music when as a child he listened to groups such as The Beatles and The Rolling Stones.

As from 1967, Jimmie and his family settled in Puerto Rico, from where his connection with Afro-Caribbean music emerged, after having listened to various Cuban, Puerto Rican and New York conga players such as Ray Barretto, Patato Valdez, Candido Camero, Mongo Santamaria, Johnny ‘Dandy’ Rodriguez, Milton Cardona and Eddie Montalvo, among others.

His first approach to the instrument occurred when his neighbor, Rubén Beltrán allowed him to play congas at his home. Later, he joined the youth group ‘La Justicia’ , with which he began to work permanently, while having his own instrument given away by his father.

After three years of work with ‘La Justicia’, Jimmie Morales joined Beto Tirado’s ‘La Predilecta’, in which he remained until he joined Tito Allen’s orchestra to work as a conga player until 1978, when he received an invitation from the maestro Willie Rosario, ‘Míster Afinque’, to join his orchestra in place of Papo Pepín.

According to Jimmie Morales, during those eight consecutive years, he lived his most formative stage, and what he considers his “formal training in the music industry”. This happened when he was a member of Willie Rosario’s orchestra, which was one of the greatest institutions of the salsa movement.

At the same time, Morales began an impressive career as a top-level studio musician. He received credit for hundreds of recordings of such artists as: Lalo Rodríguez, Oscar León, Paquito Guzmán, Eddie Santiago, David Pabón, Héctor Tricoche, Edgard Joel, Marvin Santiago, Tito Rojas, Rey Ruiz, Ismael Miranda and Frankie Ruiz, the latter, with this latter he participated in all his solo albums.

In 2010, as a leader of his own proyect, Jimmie Morales released ‘El Tumbao’ with the songs “Píntate Los Labios María” popularized by Cuban guitarist of the Buena Vista Social Club Elíades Ochoa and arranged Louis Cruz, who was Ray Barretto’s pianist in the 70s. The recording also includs “The Continental”, a jazz standard, arranged by seasoned José Madera, who was percussionist and arranger for Tito Puente’s orchestra for more than 30 years.

Recently, Jimmie Morales has contributed with his talent to the recordings: ’40… y contando en vivo desde Puerto Rico’ by Gilberto Santa Rosa, an album that captures one of the most emotional nights of the recent tour of the ‘Caballero de la Salsa’ and ‘Opus’, the eighth album by singer Marc Anthony, and recorded at Art House Society and Criteria Studios in Miami under the direction of multi-Grammy Award winning pianist and producer Sergio George.

Jimmie Morales, continues his commitment to music, from the area of pedagogy, sharing his experience and knowledge through workshops and clinics provided to young people from different countries, who have a genuine interest in music. 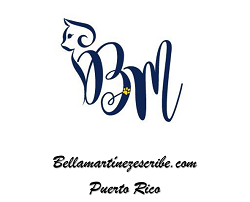