Article: Jerry Masucci, 62, International Salsa Promoter by Peter Watrous Jerry Masucci, the owner of Fania records and a seminal figure in the founding of New York salsa and its spread to other countries, died on Sunday in Buenos Aires, his main residence. He was 62.

The cause was an aneurysm that developed after surgery for abdominal pain, said a friend, the pianist and band leader Larry Harlow.

Mr. Masucci began his career as a police officer in New York. In 1960, he graduated from New York Law School, resigned from the police force and worked briefly for a public relations firm in Havana, where he developed an interest in Latin music.

In 1964 he met Johnny Pacheco, a Dominican flute player, and the two men began an association that was to become Fania Records.

For the next 15 years Fania Records defined the new salsa sound. With access to Cuban music virtually shut down. Puerto Rican musicians in New York were free to develop their own sound, and they did, defining it in nationalist terms that reflected the contexts of New York and Puerto Rico.

With the help of Mr. Pacheco, who was his musical director, and Mr. Harlow, whom he signed in 1965, Mr. Masucci began collecting the most important names in Latin music, including Willie Colon, Hector Lavoe, Celia Cruz, Ray Barretto, Joe Bataan, Pete (El Conde) Rodriguez, Ismael Miranda, Johnny Colon and musicians who made critically acclaimed albums but never had hits. Mr. Harlow made a series of experimental recordings and Mr. Pacheco had hits with his more traditional music.

The Fania sound under Mr. Masucci’s direction was initially hard dance music, and for 10 years its recordings were extraordinarily consistent, comparable to Motown at its peak in popular music or the Blue Note label for jazz. With the Fania All-Stars, a group that toured internationally, Mr. Masucci made salsa an international music. As tastes changed among Hispanic listeners, Fania fell into decline and Mr. Masucci shut down the label. He had moved by then to Argentina, though he had homes in Paris, Uruguay, Havana and Miami.

Over the last several years he reactivated the label as Nueva Fania, and it was beginning to mine the new Cuban revolution in music, releasing albums by groups including Paulito y Su Elite and Dan Den. 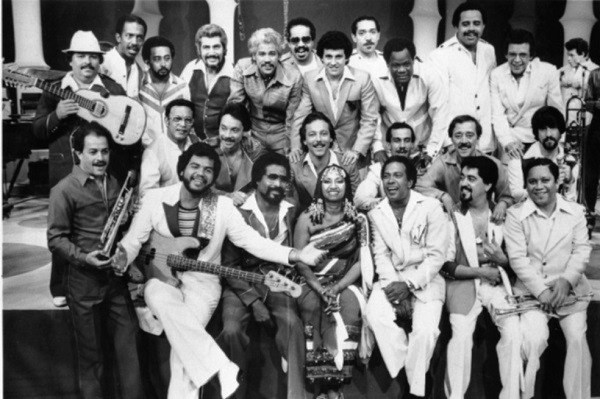