A graduate of Berklee College of Music, with his college degree in hand, the young bassist returned home to make his homeland in salsa time.

Jesús Algarín is a Puerto Rican bassist who, at the age of 25, landed in the salsa scene to make music his life project.  The young musician already walks with a firm step accompanied by the forceful interpretation of his bass, leading his own orchestra with confidence. 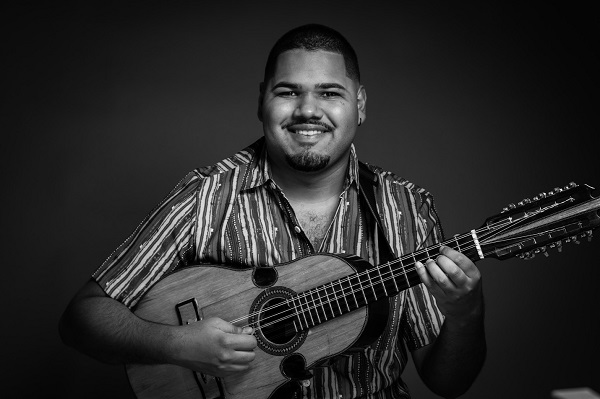 From the time he was born, according to what his parents told him, they used to party, so it was not surprising that at the age of 8 he was already the one who was the one who was livening up the parrandas while playing the Puerto Rican cuatro.  Algarín, who was born and raised in the heart of Puerto Rico (Caguas), candidly tells us that as a child, he discovered through our very own parrandera tradition, that music -which he refers to as a wonderful art- had a healing and restorative power.

Well advised by the adults in his family, he recounts that his uncle explained to him early in his life that if he failed to ignite his audience at the Choliseo during a parranda, it would become more difficult for him. Once he understood the advice, he applied it to himself.  Today he concludes that it is necessary to dominate every stage, from a marquee to a public square, and to take it one step at a time.

Through Puerto Rican folk music, studying and interpreting the seis, the aguinaldo, the bomba, and the plena, he was entering into what without planning it became his life project.  Later, playing the Puerto Rican cuatro purely by ear, he was able to enter the “magical” world of music, as he himself describes it.

Already in the sixth grade of elementary school, he began his formal apprenticeship at the Escuela Libre de Música de Caguas.  Before that time, he played the cuatro but did not read music.  Once he learned to read music, he decided to continue growing musically in his instrument.

Six years later, in grade 12, about to finish high school, he took part in the camps that Berklee College of Music brings to Puerto Rico every year. He auditioned for the Puerto Rican cuatro.  However, at the time, he did not achieve his goal of positioning himself. Determined not to give up, the following year he returned to the Berklee camp but changed tactics. He showed up to the workshops with a bass because he understood that the cuatro was not a good fit.  When he filled out the registration form for the workshops, he reported that his bass playing was at the advanced level, even though he knew it wasn’t true.  This adolescent idea, which added a good deal of pressure and stress to his musical performance, helped him get into the ensembles he aspired to qualify for. Today he admits that at that time, which today seems far away, he could not handle the bass because, as an instrument, it was still unknown to him.

In any case, Algarín qualified because, as we know, you have to take your chances with life.  The rest is history. 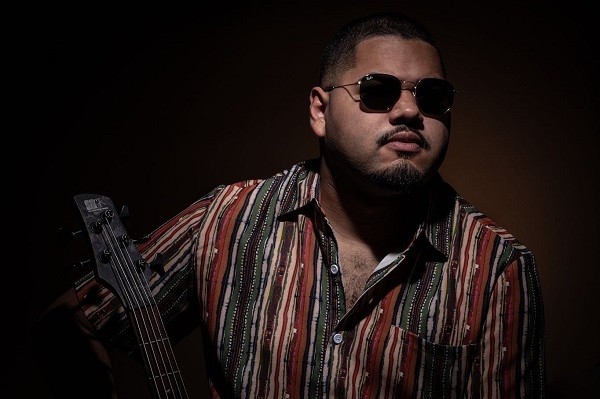 With the bass as his main instrument, Algarín got Berklee to give him a scholarship and after four years in Boston, Massachusetts he graduated with a degree in Music Business. In other words, he spent four years making music while learning to see music as a business.

The young bass player confesses that he had not planned to be a musician nor had he thought he would make a living from music.  He did not see music as a possibility, since although it was always an integral part of his life, music was a hobby or a way to serve God in the church.  And that’s what he limited himself to until he came to Berklee’s summer workshops.  Before that, he saw himself as a lawyer and when it was his turn to enter college, he initially enrolled at Ana G. Mendez University.  There he attempted to complete a bachelor’s degree in accounting. However, from the very first accounting class he knew that accounting was not for him.

Algarín capitalized on what he learned, and has been able to stick to music as a way of life; from a more realistic and less idealistic perspective. Of course, all without losing the artistic focus of musical interpretation.  Along with his musical training, he has been preparing himself in legal issues, maintaining business awareness, focusing on the protection of music and copyrights.  He has also been responsible for making other musicians aware of the importance of registering their music with the Library of Congress and thus making the most of their work.  There is no doubt that Algarín knows his worth as a musician and from his space he has decided to serve and guide his counterparts to protect their work.

Before entering the studio to record his project, Algarín had recorded with Manolito Rodríguez.  During his student years in Boston, he was a musician in the Eric German Orchestra, the orchestra that accompanies visiting solo singers in the New England area.

Today, his main instrument is the bass, double bass, baby base or electric bass. 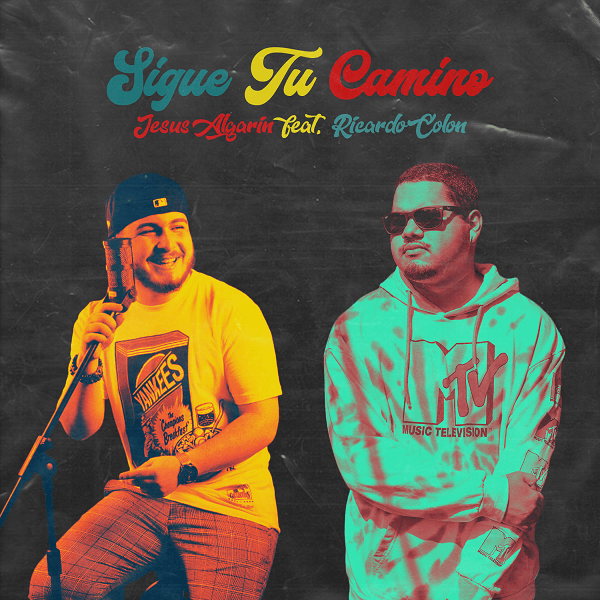 The bassist, a native of Caguas and graduate of Berklee College of Music, class of 2020, returned to Puerto Rico to lead his own musical project.

Two years after Algarín’s return home, the orchestra is already promoting its first production entitled “Dímelo Algarín”, which is part of his project “Jesús Algarín”. The format of the base orchestra of the project is as follows: winds (trumpet, trombone and baritone saxophone), bass, piano, conga, timbal, bongo and bell; backing singers and choirs. This, his first production, contains 5 songs, with contemporary themes in its lyrics. This lyric, however, embraces the nostalgic sonority of the sextet, complementing some of the songs with the Cuban tres. The bassist leader of his project arranged and composed these 5 unreleased tracks, which are merged in a production for which Jesús Algarín is also responsible.

The production is available in digital format on all platforms. The promotional cut is Sigue tu camino performed by Ricardo Colón, who also sings in the Willie Rosario Orchestra. The other four tracks included in the production are:  Playita, Cadencia y sabor and La calle se prendió; performed by vocalist José Luis De Jesús and Caribeña, in the voice of Marisabel Vázquez Varela.

The recording studio musicians who participated in the production are from the Caribbean.  Puerto Ricans, Cubans and Venezuelans merge in a salsa embrace; as is to be expected.

As the son of documentary filmmaker Juan Félix Algarín, Jesús considers himself blessed to have been mentored by a father with first-hand knowledge.  His father always instructed him to be aware of music as a business in the entertainment world. Jesus knows his worth and has kept himself informed as to the costs of production and is clear as to the rates of his work.  He identifies himself as a Puerto Rican and Caribbean musician. He is in every sense of the word, a music worker.

As it is, we are still in salsa.  Yes, salsa lives! The effort, discipline and talent -in that order- of this young bandleader attest to that. Congratulations, and may you continue to “catch the ride”. 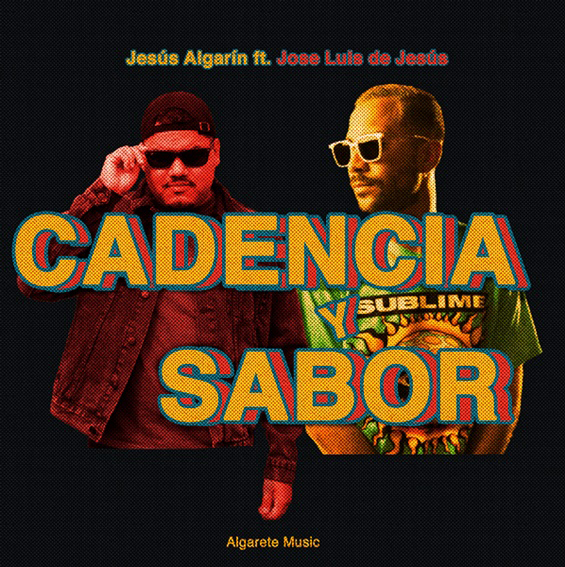