He was considered one of the main disseminators of salsa in Puerto Rico, Rafael Viera, also creator of Viera Discos, one of the most important points of the movement until 2016, year in which it was closed.

Viera Figueroa was, from the late sixties to the eighties, Fania’s representative on the island. Why? He was the one who brought the music of the label founded by Pacheco and Masucci to the land of Ismael Rivera, when it was mainly distributed in the United States.

He was the promoter of the first Fania All Stars concert in Puerto Rico in 1973 and was in charge of bringing to Puerto Rico the films ‘Our Latin Thing’ and ‘Salsa’, which packed the local theaters in the seventies. According to Primera Hora, he was the one who inaugurated the Roberto Clemente Coliseum in San Juan.

In 2014 Viera suffered a stroke that kept him in intensive care. On that occasion his son, Richie Viera, gave these words to the aforementioned media: “I am a man of faith, and in God I trust that Dad will recover and will be able to continue with us for many more years, offering us his wisdom, his anecdotes and promoting and collaborating so that new talents will have a place in Latin music”.

Viera was known for the famous Casa del Coleccionista store, which he ran for more than 60 years in Santurce, for Viera Discos and for the Catedral de la Música.

He was also one of the driving forces behind the salsa boom at the time of Fania Records, where he worked as producer and promotion manager of the conglomerate of record labels; Fania Records, Vaya Records, Tico Records, Alegre Records, Cotique Records, Éxito Records, International Records and Música Latina, among others. 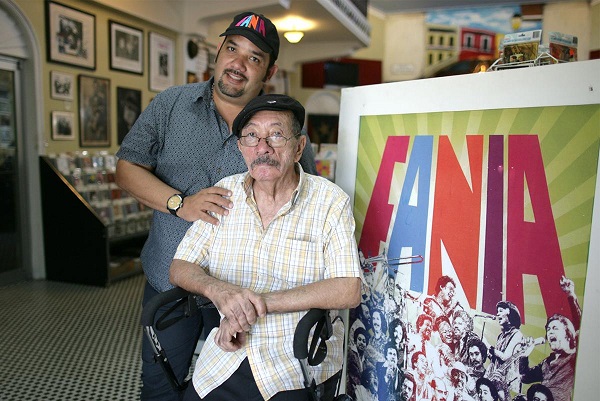 In the field of cinema, Viera brought to Puerto Rico the film “Our Latin Thing” and Salsa, films that crowded the local movie theaters.

He passed away on January 13, 2019 in Puerto Rico, may he rest in peace and eternal glory to Rafael Viera!