Producer Eric Maldonado, born and raised in Trenton, New Jersey, comes from a musical family of 6 brothers and 3 sisters.

All of his siblings and his father play an instrument and music has been a part of his life since he was a child.

From an early age, he listened to all kinds of music but was more interested in learning how to produce it than being a musician.

The results of that recording were incredible and that’s when his passion to be a sound engineer in the studio began.

In 2000 he started recording professionally, but he already had experience in recording different local bands since 1997.

How did you decide to found La Paris All-Stars?

In 2017 we did a charity event and began recording in the studio one of the musicians suggested calling the orchestra La Paris All-Stars and it was a success, there begin the calls for the orchestra to participate in different events from there the first production titled “Los Escogidos” Vol. 1 is recorded in which he has as guests Ismael Miranda “El Niño Bonito” and Willie Rosario “Mr. Afinque” to mention some of a long list of excellent musicians of trajectory.

“Already with three productions that follow with La Paris All-Stars”.

This year singles have been released instead of a full production so that the songs are not lost as new singles from other artists are coming out all the time. At the end of October, all these singles will form the production Los Escogidos Volume II.

“There are moments throughout your musical career that remain marked by various circumstances who or those who leave you have left that mark embodied in your music.”

All the songs and artists have been well received by the public, each one is special and has their own style.

Otto Duniel Ferreiro is one of those artists that I like to work with him in the studio, his style and his voice are an incredible combination, I can listen to a musical arrangement and know which artist can sing it and right now I just released the song Ven a Gozar singing Chevy El Pitirre de la Salsa, it has been well received.

Have you just released the song “Ven a Gozar” with Chevy El Pitirre de la Salsa as your guest? How did you come up with the idea to achieve such a tasty ensemble?

I was about to include Chevy with a song in this production, I have many songs recorded, but without lyrics, I found this song and sent it to Chevy to compose the lyrics and we put it to cook this theme fell like a glove to Chevy El Pitirre de la Salsa achieving the perfect assembly.

What are we waiting for Christmas?

I started working on a Christmas song, but everything was delayed because I am working with many artists of different musical genres and I could not finish it, for this reason, nothing will be released this year, but you can enjoy my single Parranda con La Paris which was released last year where you can continue to enjoy great musicians of this house Paris Records.

In early November he will be presenting “Los Escogidos” Vol.2 (2021) an album that comes with a musical quality that only our beloved Eric Maldonado knows how to do it and his Paris All-Stars.

The engine of my life my wife, my children, Baby Ezra always in my heart, blessings!

Thanking the collaboration of Eric Maldonado to be able to make this article. 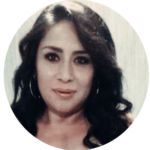