The eleven songs that inspired the stories contained in the book that Urayoán recently built-in clear homage to salsa erotica are all undisputed hits.  The concept of this collection of short stories follows the line that the author calls: from the LP to your library.

Most of the musical themes contained here came in LP (Long Play) format, those vinyl records that compiled ten musical themes in one unit, known as an album. From that concept, Urayoán came up with the idea of making the conversion, deciding that the collection of stories would be one of eleven, including ten tracks -in this case stories- plus the well-remembered bonus track, for a total of eleven.

During the official launch and presentation of the book, which took place at the Teatro Renacimiento in Arroyo, Puerto Rico on September 18, 2021; young actor Bryan (Brayito) Lebrón and Suhey Moraima played the lead roles in an apt theatrical interpretation of the story entitled Esa chica es mía.  Broadcaster and DJ Eduardo Huertas Alicea moderated the event.

Before reading each story, it is suggested to listen to the musical theme that inspires it. The book is so carefully constructed that each story has the credits associated with the theme song.  The credits include the title, the performer, the composer of the lyrics, the arranger responsible for the musical composition, the album that contains it, the record label that published it and the year in which the song was published.  As can be seen, the research was exhaustive and the writing comprehensive; which evidences the care and respect with which this work, which has also been called salsa in prose, was treated.

Urayoán contemplates with his usual shyness to follow this literary line in order to continue building stories that keep the salsa alive and in the minds of the readers. There remained on the shelf the restlessness to write about: Me acostumbré (interpretation by “Tártaro de la salsa”: Frankie Ruiz), Sí, te mentií (interpretation by Lalo Rodríguez), Aquel viejo motel (interpretation by David Pabón) and 5 noches (interpretation by Paquito Guzmán).

By popular demand, Urayoán could write stories inspired by boleros. If he is motivated to explore the bolero, I suggested he develop a story inspired by Deseo salvaje (Lalo Rodríguez’s rendition). In addition to the lyrics of that song, the value lies in the fact that it was also composed by Lalo Rodríguez. Lalo wrote Deseo salvaje when he was only fourteen years old, and two years later he recorded the vocal part for Eddie Palmieri’s orchestra when he was sixteen years old. The album that contains the song I suggested here, The Sun of Latin music was the first salsa album to win the Grammy for “Best Latin Recording”. Even more significant is that it was the first salsa album to be nominated for the highest music award given annually by the world’s leading society of music professionals, better known as the Recording Academy.

In short, if the reader dares to dive into a daring read, inspired by salsa erotica, Relatos en clave de salsa is highly recommended. 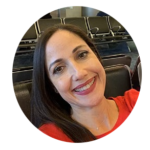