Barquisimeto, is well known as the musical capital of Venezuela and in this opportunity we will make special mention to the musician José Jesús Mosquera Cañizales, born in our city in the Antonio María Pineda Hospital, on May 23, 1969, son of Rafael Mosquera and Juana Cañizales, married to Yolanda García and from this union were born their children Yolanda José and Luis José.

Mosquera was always inclined to music since he was a child, participating in the musical activities of his school “Ciudad Bolivar”, located on Carrera 13 and 48th Street, in Barquisimeto, singing and playing the cuatro in a self-taught way and with the help of his father who taught him to improve his playing.

At the age of 8 he studied at Pablo Canela’s academy, at the age of 10 he learned to play guitar, also with the support of his father and his cousin Carlos Romero. 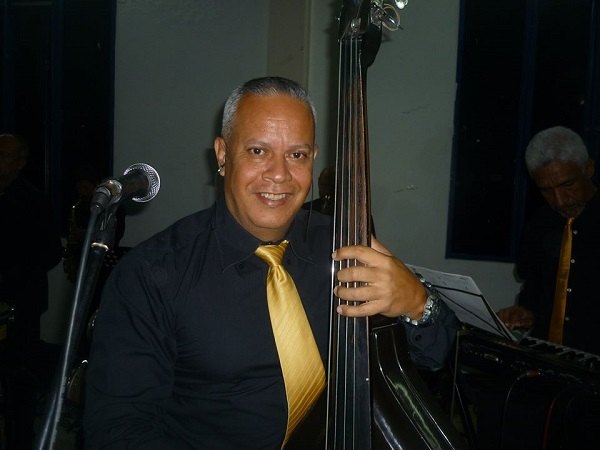 At the age of 11 he participates in the musical groups of the Christian church, standing out as a guitarist, drummer and timbalero. When he turned 15, he became interested in playing the bass guitar and during his high school studies at the Ezequiel Bujanda Combined Cycle, he met Jesús Rincón, also a musician, and joined the ranks of the “Obeligaitas” bagpipe group, where he began his career as a bass player.

When he turned 18 years old, he was part of the staff of the group “Tecnogaitas” of the Tecnológico Antonio José de Sucre and simultaneously he was bassist of the band “La Salle”. Afterwards, he is recommended to Alí Rojas and auditions to be the bassist of the “Sonora de Alí”, where he remains for 3 years.

Alí Rojas gave him the responsibility of being the bassist of the dance orchestra “Sensación”, where he remained for 15 years. In 1992, he began working as a music instructor for the Fundación del Niño until 1996.

Mosquera, besides being an excellent bass player, plays string instruments such as the cuatro, guitar and requinto

In 1993, Mosquera turned to romantic music and created the duet “Génesis” with his friend and compadre Carlos Enrique Prince, performing in nightclubs and private parties. In 1997, he joined the Poliboys Orchestra of the General Command of the Lara State Police as a bass player, where he currently works. In 2004 he began his musical studies at the Vicente Emilio Sojo Conservatory and graduated as an academic musician in 2009 with excellent grades. José has performed on regional television stations demonstrating his qualities in various prestigious programs and in 2016, he won 3rd place in the Police Voice Festival.

Mosquera, at what date do you become interested in salsa as a musical genre?, Professor Carlos in 2007 I start playing the baby bass and in 2011 I join the K’dencia Latina Orchestra of Carlos Sanchez and also had the privilege of accompanying Benjamin Rausseo “El Conde del Guácharo”, performing with his band and with K’dencia Latina, accompanied the late Willy Rodriguez, and vocalists of national and international renown: Hildemaro, Pibo Márquez, Charlie Guzmán, Alejandro Mayora, Mariana “La Sonera de Venezuela” and the official doubles in Venezuela of Rubén Blades (Jhony Heredia) and Celia Cruz (Ibrahíma Rondón).

Mosquera finally told us that musical excellence is achieved through perseverance and dedication. 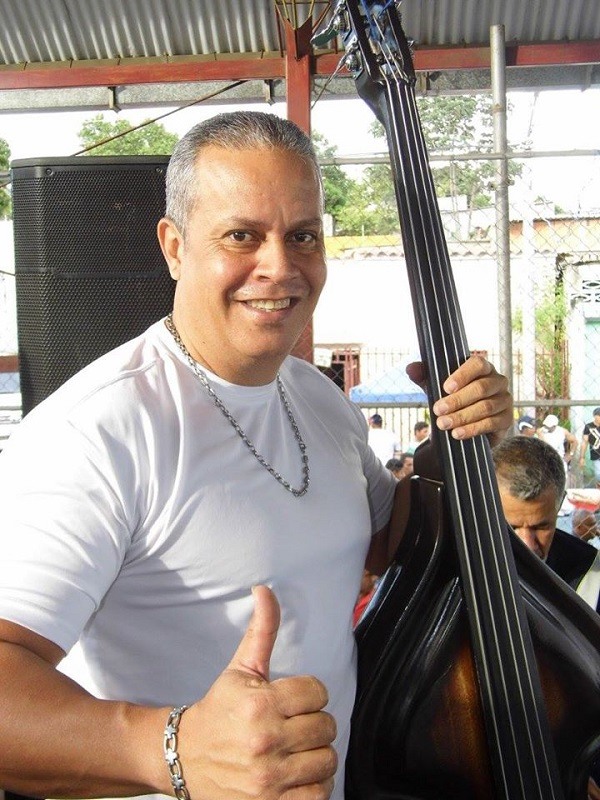 Finally we wish the best of success on behalf of International Salsa Magazine, to the excellent musician José Mosquera “The bodybuilder and elegant bass”.

See you next time and let’s keep on salsaing!

José Mosquera “The bodybuilder and elegant”.