In Barquisimeto, a city catalogued as the musical capital of Venezuela, there are musicians of excellent quality and one of them is the versatile multi-instrumentalist, producer and arranger, Taylor Eduardo Aranguren García, a young man born in the aforementioned city on August 2, 1991.

Taylor plays piano, bass and trumpet to perfection. His musical beginnings were in 2003 and in 2005 he had the great honor of joining the Lara State Symphony Orchestra, accompanying the “Sonero del mundo” Oscar D’León in a concert held at the “Coliseo Hípico” of the twilight city of the country.

Then in 2005, he makes artistic life in Puerto la Cruz, Anzoátegui state; in 2007 he moves to Colombia, in 2009 he returns to Caracas as a member of the Staff of the television program “Súper Sábado Sensacional”; then in 2010 he travels to Beijing to perform musical works, later in 2012 he accompanies Maelo Ruiz on a tour of Venezuela, later he is contacted by the Band of Benjamin Rausseo, humorist known as “Er Conde del Guácharo”. 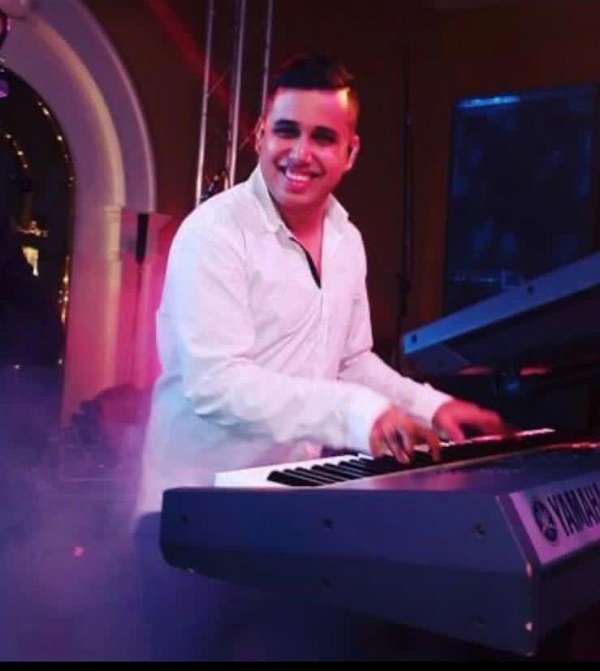 And with this preamble of his artistic career, consequent readers, we welcome again, to the column “Salsa Escrita” to one of the best musicians of our country.

Greetings Taylor, it is an honor to have you as a special guest in International Salsa Magazine, “the Only Salsa Magazine in the World”.

Thank you Professor Carlos, for giving me the opportunity to be in your well read column “Salsa Escrita”, through this prestigious media and to be able to interact with all readers nationally and worldwide, making known my projects and part of my artistic life.

Taylor to begin with, we want you to tell us about your role as an arranger and to which artists you have done your musical works?

Ok my friend Carlos, let me tell you that I was arranger and musician in the production “Quintero Salsa Proyect” with the Quintero brothers (Luisito and Roberto Quintero) on that occasion with the song “Chamito Candela”, performed by Gustavo Aguado and Luis Fernando Borjas of Guaco, I also had the pleasure of arranging the song “No lo Beses” in the voice of my uncle Jorge Luis Suarez (former singer of Oscar D’Leon), also the song “Chismoso” by Marcial Isturiz; “Te Quedas” interpreted by José Alberto “El Canario”, in the same way “Te amo y punto” with Óscar Arriaga, I also made arrangements for the last movie of “Er Conde del Guácharo” and many more that at the moment do not come to my memory.

Very good Taylor, Congratulations, but we are curious to know in which facet you feel better, as a musician or as an arranger? 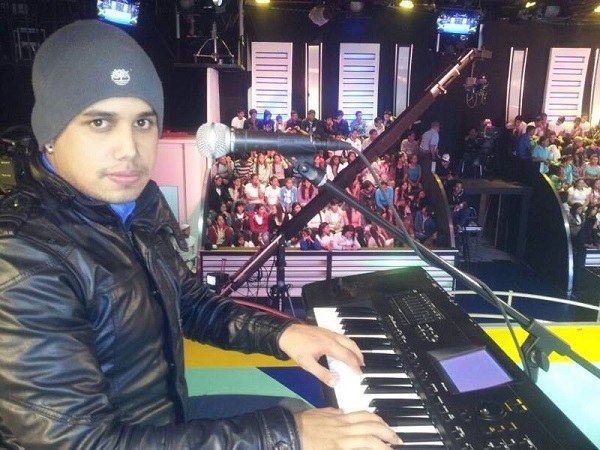 Professor, it is different to feel as an arranger, it is cool because it is a work or a child that comes out of your guts, it is something that you create, it comes from you and you enjoy it a lot, but playing live is a feeling in the moment, you know, enjoy the stage, the musicians, but I like the recording more, both for me are super important.

Excellent, now which singer, arranger and percussionist would you like to record and play live with?

Well, as a singer would be Oscar Arriaga, in percussion, Luisito Quintero and arranger I would like to share with Oscar Ivan Lozano, a great brother from Colombia, director and arranger of “Grupo Niche”.

Taylor, can you tell us about the work you have been doing with the ex-vocalists of Adolescentes Orquesta?

Actually I am working sporadically with some of them and right now I am in alliance with former teenagers from Venezuela who are currently based in Bogota and God willing at the end of July we will be touring throughout Colombia.

My friend Taylor, do you have planned this year some shows where you accompany as a musician to some recognized artist?

Well yes brother, in mid-July I will be accompanying Andy Montañez and Maelo Ruiz in Buenos Aires – Argentina and then I’m going to Uruguay with my project Taylor Aranguren to a concert in the city of Montevideo.

And in relation to the recording of the video, “Taylor Aranguren and his Venezuelan salsa” which would be captured for DVD format and would be recorded in Barquisimeto and where they would be invited figures such as: Luisito Quintero, Roberto Quintero, Edward Montoya, (Willie Colón’s trombonist), Rónald Borjas, Rónald Gómez, Jorge Luis Suárez, Wilmer Lozano, Toñito León “El Bebé Salsero”, Marcial Istúriz, Hildemaro, Mariana “La Sonera de Venezuela”, among others; it is still standing? Tell us:

Let me tell you professor Carlos that for reasons of the pandemic everything was suspended and thanks to God I already have almost certain date between November and December of this year 2022 and we will record it in the city of Sol Miami – Florida and the reason for the change of city is because of the ease that almost all the artists and musicians are there and the logistics and sponsorship is broader, many producers have been interested and for that reason, it is less expensive and after that recording I am committed to do a concert with them in the city of Barquisimeto.

My friend Carlos, I take this opportunity to tell you that in August I have a tour in Europe with Maelo Ruiz and David Pabon but I am waiting for the confirmation of my friend also from Lara, Yomar “Caballito” Mendez and for my album that will be released with God’s favor at the end of the year, Rónald Borjas has already recorded, Óscar Arriaga, Néstor Rivero, Benjamín Rausseo, Erick Franchesky, Luis Matheus from Colombia, Rodrigo Mendoza, Sócrates and soon Oscar D’León, and I am also making some arrangements for Luis Fernando Borjas ex Guaco.

Excellent Taylor, we would like to know your social networks and also wish you the best of success and many blessings for exalting and putting up the name of our country outside our borders, demonstrating your quality as a musician; you know that you always have our support in all projects you undertake in your artistic career. 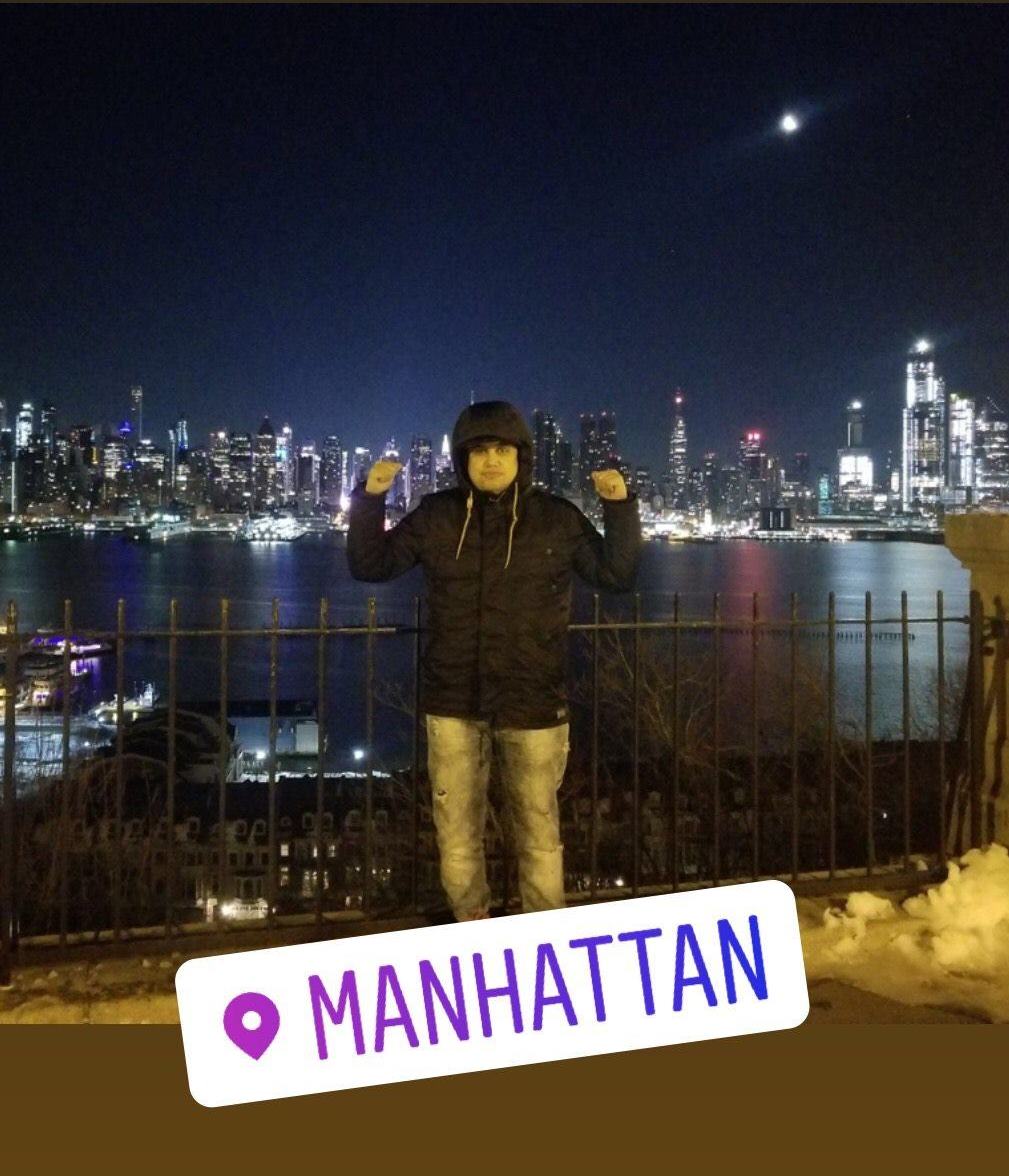 Thanks a thousand, my friend Professor Carlos Colmenárez and INTERNATIONAL SALSA MAGAZINE through www.SalsaGoogle.com for giving me the support not only to my person, but also to many artists of Venezuela that day by day we work for our Latin music, also on behalf of this server Taylor Aranguren, I wish you the greatest success in your work and continue to make us known worldwide, to finish you can follow me through @Taylorarangurenpiano.