This is our conversation

Here we are with Cuban artist Daymé Arocena who lives now in Canada. How are you, Daymé? Nice to meet you and great to have you here today.

Hello, nice to meet you. Thank you very much for the invitation. It is my pleasure to be here talking to you.

I understand that your musical career started at the age of eight. What made you start walking this path? What was the experience that made you make that decision?

I never made the decision to become a musician. I think it was part of the package. I never said that this is what I wanted to do because I’ve always done it. From the age of eight, my parents began taking me to music lessons and preparing me to came to the art and music school and the conservatory of music. I started singing with the choir in the community of 10 de octubre, where I came from. That’s how I started performing and getting up on stage as a soloist of a choir. 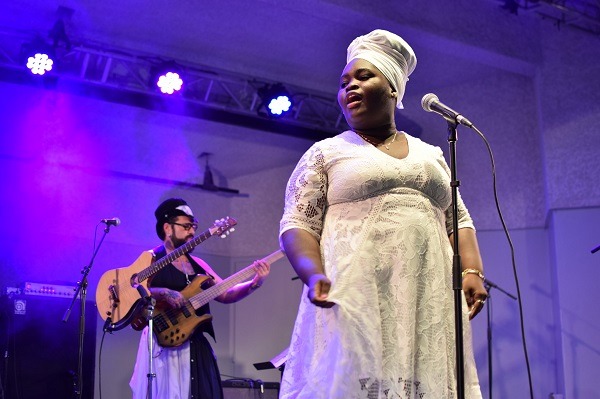 Considering that you come from a musical family and that music was always present at home, I imagine that also influenced your interest in making a career of it.

I grew up in an intense environment. My house had many people; when I was born, there were already 22 people living at home, but some of them found more comfortable spaces to move and we became a family of 14. I was born in the 90’s, which was when the big crisis occurred and big power cuts were more frequent. There were electricitiy for very few moments during the day, so we couldn’t listen to the radio or TV. Then, my uncles and cousins kept singing, so I grew up watching the family sing and dance. In fact, several of my cousins today are folk musicians who went on to play in various traditional musical groups. It was a deeply spontaneous issue. I saw people enjoying and trying to alleviate the sufferings and shortages they were experiencing.

I imagine that musical and artistical growth in this context was very difficult. What challenges did you face in Cuba in becoming the artist you are today?

The mere fact of being born in Cuba is a challenge, but I had to face things beyond the fact that I was born on an island ruled by a dictatorial regime and all that that means. There was a lot of deep racism and a way to slyly to deal with social classes. For all these years, I have tried to purge my energy of resentment and pain caused by the situation and turn all these feelings into light and creativity. In my case, A lot of things happened like feeling uncomfortable in my own skin and not knowing how to deal with my skin color, my hair and my race. Today, I am deeply proud of my blackness and defend it to the death, but I went through a very hard and aggressive process before that.

The young and not so young prople have to know that you can make art and music through your own essence without having to please the eyes of a few.

So you would say that those things that were an obstacle are now part of your cover letter.

Totally. And proudly, too. 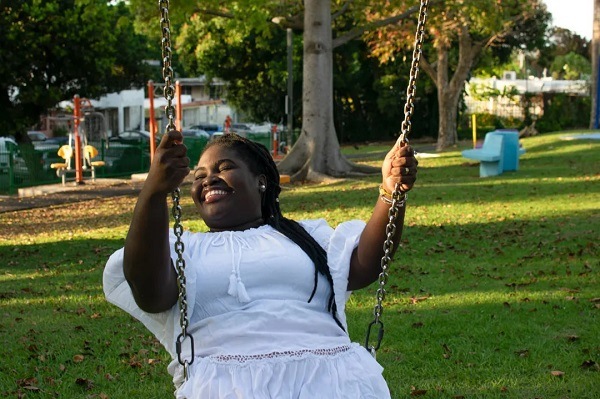 Daymé is deeply proud of her blackness

When you left Cuba, what kind of support did you receive? What was the hardest moment?

Although I’ve spent years touring and working for years, I made the decision to leave Cuba a couple of years ago. I received a lot of international support that made my music visible, but it started playing long before I left my country. In Cuba, there is a control mechanism for artists consisting on a permit issued by the minister of culture to be able to practice that profession.

You can graduate from art school with full honors in the world, but that’s irrelevant because you graduate to be a music teacher, not a musician as such. In order to go on stage and get paid for your work, you need a permit issued by the Minister of Culture himself. To get it, you have to go through a lot of bureaucratic barriers such as commissions, auditions, among others. I didn’t have that permit to sing and profit from my singing when I met the record label that launched me as an artist. One day, I was singing in a deeply underground space without anyone’s permission. When I started to sneak into those spaces, my mom always told me to sing with energy because I never knew who was going to listen to me.

One day of those, a person named François Renié was watching me from the audience. This man was the creative director of the Havana Cultura platform. At that moment, they asked me to make a record with international DJs and singers. They invited me to do a casting, I showed up there, was selected and recorded the album despite not having permission to sing. When I was invited to the realease of the record in England, I showed them the music I Wrote and they offered me to sign with them officially.

You have been compared to Celia Cruz, Nina Simone and other artists of this stature because of your style, what do you have to say?

I had no idea who Celia Cruz was and it’s something I’m ashamed of. When I was compared with Celia Cruz, I wondered who she was. I think I really knew her following those comparisons.

Daymé thinks new generations have to know who Celia Cruz was

I think it has to do with that idea of homogenizing Cuban music into one thing. It was when I was compared with Celia that I started to find out about her and knew that she was the most universal of Cuban artists. She had a phenomenal way of petforming, transmitting, impacting and being as authentic. Musicians who do have access to Celia must do their utmost to let the new generations know who she was. If they can’t listen to her on the radio or TV, they can go online to listen to her and find out who La Guarachera de Cuba was.

How do you think Canadians perceive your music?

I have done very few concerts in Canada as a soloist. In fact, I’m not even there at the moment, but in Puerto Rico. I can’t provide an overview of how Canadians perceive me, but I do think that they are super friendly, docile and open to all kinds of music. They appreciate, dance and enjoy whatever you play. I must thank my ancestors for the expansion of my music beyond the Canadian framework, so I don’t rely on that market for a living.

Do you plan to stay in Puerto Rico permanently?

I came to Puerto Rico to record my next album. I’m super happy and honored to be able to do it on this island so similar to mine because it has so much culture and colorful art. Here, I found the industrialization and visibility that Cuba doesn’t have. I still don’t know if I’m going to stay here for the rest of my life, since Canada enters into my plans in some way, but this is the stage I must live now. 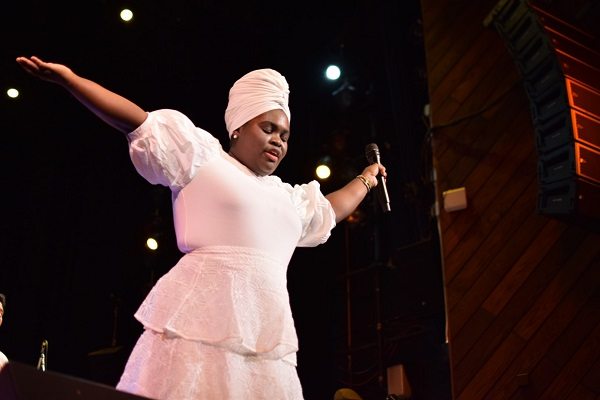