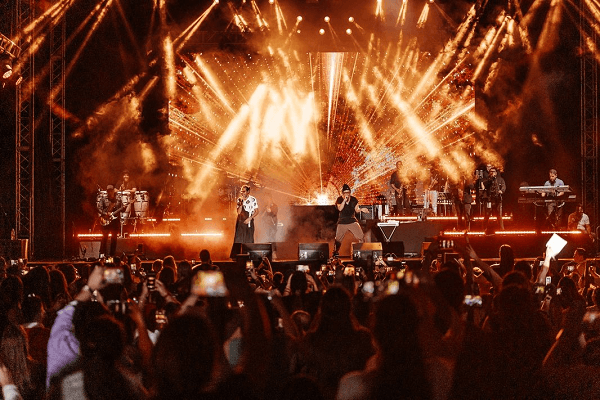 The duo Servando & Florentino will visit London with their “En Tu Ciudad” tour on Sunday, July 17th at the Electric Brixton https://www.electricbrixton.uk.com/ located at 1 Town Hall Parade SW2 1RJ London, United Kingdom. Ticket prices are £41.25 and those under 14 must be accompanied by a representative. In Your City Tour 2022, it will also arrive during this month of July in four cities in Spain (Valencia, Tenerife, Barcelona, and Vigo) and will step on the stage of The Button Factory in Dublin (Ireland) on July 18th.

“Europe, we will also see you in Your City! We are very excited to meet all of you and that you can enjoy the Primera Experience that we have prepared.” The publication was made by the duet on April 20th on their Facebook page. Online tickets have been available since April 22nd, and you can get them on their Los Primera website. www.losprimera.com

The Servando & Florentino brothers were born in the early 1980s in the popular area of ​​Valle in Caracas (Venezuela) and began their careers at a very early age as main members of the Salserín orchestra in the mid-1990s.

The Primera brothers with this orchestra led by the singer and composer, Manuel Guerra, had great hits such as “De Sol a Sol” and “Yo sin ti” from the studio album Salserín con mucho swing released in 1996. With this success, they became a youth phenomenon equaled to the Pop group, Menudo. Salserín crossed the Venezuelan borders achieving the same fury in countries like Peru, Ecuador, Colombia, Mongolia, Italy, Spain, and Mexico, managing to gather up to 500,000 people in some concerts.

Years later, they continue their careers abandoning this youthful salsa phenomenon, and began their internationalization as a Salsa/Pop duo signing with the record label Hecho a Mano belonging to the artist Ricardo Montaner. With him, they made the albums: Los Primera (1997) and Muchacho Solitario (1999) then followed by Paso a Paso (2000), for a total of seven record productions with different record labels.

After twelve years, the Primera brothers meet again with their salsa audience in Europe, and you can’t miss it. 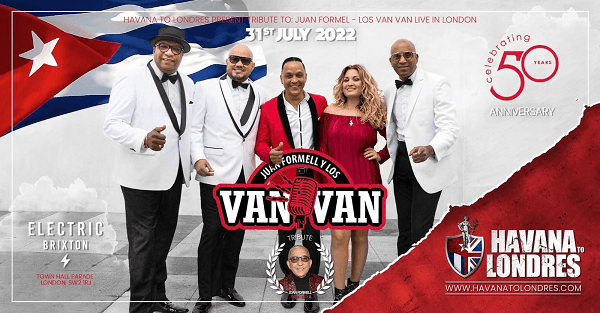 “London! We are waiting for you VanVaneros. The Train is Normal but a little Accelerated.” Text published by the orchestra on their Facebook account

On the other hand, Los Van Van will also be performing on this same stage located in south London on Sunday, July 31st with their Havana To London concert. Tickets cost £35.50 and an ID is required to access the show. The doors will be open to welcome you from 8 PM.

Los Van Van has been called by many the “Rolling Stones of Salsa”. This band was founded in 1969 by bassist and composer Juan Formell, a legend of Cuban music, accompanied by José Luis Quintana known as “Changuito”, and César “Pupy” Pedroso invented the “Songo”, a Cuban rhythm predecessor of “Timba” or “Salsa Cubana”, which would generate “Salsa – Son” with a Cuban sound that has made generations dance.

In 2018, they recorded their first record production “Legado” since the physical departure of Juan Formell in 2014. This tribute album has 14 songs with 3 new versions of the international singles Te extraño, Por qué lo haces y Amiga mía.