I have known DJ. Andy since he was the resident DJ. at the Embassy Suites in Isla Verde (Puerto Rico) for the salsa nights that I remember attending religiously every Saturday.

However, everything changed when one Saturday night we went to the weekly event as usual.  There we realized that DJ Andy was no longer there.  They say that necessity is the mother of invention.  It must have been out of sheer necessity that the man who would later become DJ Louie Love suddenly learned to play records on his own and without having planned it quite abruptly.

So, years later, destiny took me to the American capital because of a highlight of which there is no longer only the memory.  From that highlight that I would like to forget, in Washington, DC I remember with a deep affection to have met again with the one who had already been called “the most danceable”: DJ Andy.  Life and its twists and turns, we lost track of each other again until one day during one of my missions to New York I decided to go for a little dance without knowing that there I would meet again with DJ Andy.  Andy was already making his way in the Big Apple, the same place where salsa was cooked more than half a century ago.

Anyway, what we came to, to share with you my impression of the third album in which DJ Andy immerses himself in a parallel way in his facet as executive producer.  So, I am reviewing this catchy collection of fifteen tracks because I loved the programming and the variety of what I consider a very complete album, while achieving a first class musical performance.

Despite being performed by Venezuela All Stars, the arrangement of this salsa song is in the best New York style and very well done.  The title track opens the listener’s senses in an invasive but good way; something like a sure way to arouse curiosity about the production and the tracks that follow it.  Marcial Istúriz is as always a sure shot.  Good voice, impeccable rhythm and one of those sonorous sounds that could make him the new owner of sonorous music.  I summarize here from my corner without offending anyone, Marcial is a great sonero.

The son came to the city (Secreto a Voces)

If not the most, one of the most danceable songs of the production. Bravo!

The singer’s voice is fresh and synchronized with the kind of lyrics that ask for another chance and shout sincerity.  Before the second minute, the bongo takes over the transition announcing the mambo and the take-off of the “trip” injected by the pregones and the play on words in the soneos.  The winds are carried by a trombone played with cleanness and precision.  The end is announced with a percussive interplay between the winds and the piano, which almost takes center stage without dulling the leather beats.

The singer, once again, fits the theme like a glove, since his voice recalls the metallic melody that a bravo theme requires.  The piano harmonizes perfectly with the coros and percussion.  Here there is a perfect harmony between piano, conga and timbales. It seems to me that I hear a xylophone flirting with the conga, without detracting from the piano.

The introduction of the song reminds me of the arrangements of the glory days of Orquesta La Solución, but with a bongó playing in the arrangement.  The trombones announce themselves early on and ask the bongo for permission to join them around the first minute.  The piano harmonizes and gives way to the brass without conflicting with the musical change that around the third minute adopts a style of those with which Wayne Gorbea established his sound.  Masterful the way in which the arrangement moves through varied styles without running over the flow of the music.

This is a very heavy song, one of those that starts with the chorus without shyness.  The boldness of the arrangement threatens to go straight to the mambo in a very elegant way.  A gentle piano solo crosses over from a minute and a half in.  The piano solo gives way to a melodic trumpet solo that doesn’t allow screaming.  The conga takes the lead from just before the third minute, making sure that the brass does its thing, in anticipation of the return of a piano that dictates the chords of the distant line.  All in all, this is a very tasty track.

The interpretation sounds great and the singer’s voice is one of those indisputable and unforgettable ones.  The lyrics are worthy of the interplay between the saxophones and the rest of the wind instruments.  At three and a half minutes the pregón changes with a lot of class and distinction before handing over to the saxophones at the end to give way to the closing, which the cueros make precise.

The flute enters quite early and quite forcefully.  The violins match the flutes and the typical charanga bell ringing.  I imagine that Andy wanted to include a variety of rhythms within the range of Afro-Caribbean rhythms and manages in the process to give us a complete collection.  Even dancing pachanga doesn’t let us forget. Thank you!

The arrangement of the song is one of those classics that could be used as an example to demonstrate the salsa sound without pretension or fuss to anyone who has never heard salsa before.  At two and a half minutes, Julio Estrada plays a heavy piano solo before the mambo enters in all its splendor.  Winds, timbales, conga and piano come together to take us on a journey into a synchronized, non-competitive melody.

The introduction of this unquestionably salsa song gives prominence to the baritone saxophone in a flirtation that walks between salsa and boogaloo. However, the boogaloo sound is short-lived, giving way to a well-defined, traditional salsa.  At the third minute, the trumpets enter in correspondence with the percussion. At minute 3:45, the conga takes over the distant line, giving way to the trumpets and timbales, announcing that the song is elegantly descending in intensity.

This song wants to highlight the essence of African music within the salsa music made in Venezuela.  This arrangement seems to be inspired by the evolutionary inventions that today are a winning formula.  I am referring to the adjustments that Bobby Valentín made, at the request of maestro Willie Rosario.  The big difference is that this arrangement is somewhat louder than the ones that started this formula several decades ago.  The trombone and conga take over, anticipating “salsa, guaracha y bembé” as the song says.

The song is pure salsa, conga, pregones and lots of rhythm for the dancer who responds to a fluid arrangement without much distraction.  The first significant percussive cut that captures the dancer’s attention hits the senses at minute fifteen (1:15).  From then on, the performer plays between conga beats, trumpet blasts, pregones and soneos.  The mambo is unforgiving and if the dancer lets himself be carried away by the music, he can feel it to the last drop of blood running through his veins.

A Cuban song from the heart made in the best charanga format, taking into account that technology allows to improve the sound of the past.  The flute and violins play with the percussion in a daring way, modernizing what was the charanga in its original form.

The closing track travels to Cuba in pure timba sound.  The singer harmonizes perfectly with the arrangement and the execution of the orchestra, his voice being the typical Cuban voice that stands out in timba format.  Very successful to close the trip of the compact disc with timba.  Very well achieved farewell.

Although the release of this CD was in 2019, for me it is new.  So I take the trouble to assure you that if you listen to it you will love it.  If you dance, you’ll wear out your sole.  And if you don’t, you’ll be encouraged to learn to move your skeleton to the rhythm of this tasty treat. 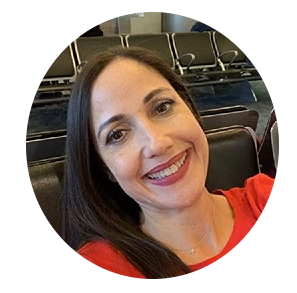