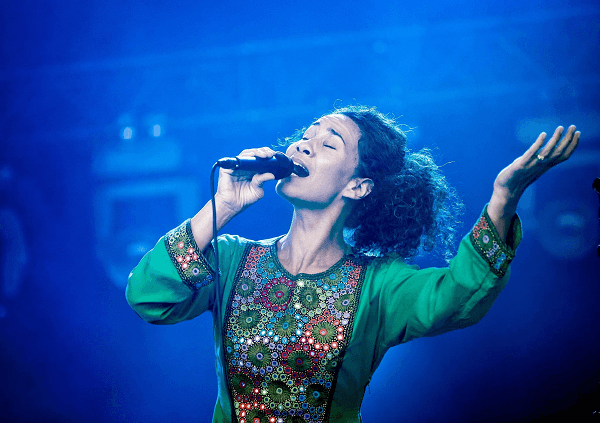 Miriam Aïda is one of Sweden’s most popular Jazz singers. She has an indisputable talent, a seductive and harmonic voice, and her outstanding appearances on stage always surprise the audience thanks to her impeccable fusion of Jazz and Latin rhythms.

On Thursday, September 29th, it will be the only concert that the Swedish singer will give at the imposing club Fasching https://www.fasching.se/miriam-aida/#2022-09-29T20-00 from 8 PM, and tickets are available from 120 SEK (persons standing) to 200 SEK.

She will create this intimate and exceptional show with the feature of five prominent musicians from the Scandinavian Jazz music scene: Mats Andersson (Guitars), Johan Olsson (Accordion and Keyboards), Simon Peterson (Bass), Finn Björnulfson (Percussion), and Ola Bothzén on Drums.

Miriam will navigate the music of the American coast, stroll along the Caribbean Sea, and descend to the magnificent beaches of Brazil to present the rhythms that took root in the New World: Bolero, Cuban Rumba, Samba-Soul, and Jazz, among other genres that together to the colorful voice of Aïda, they will perform the songs from their most recent production Loving the Alien released in 2018, in addition to their greatest hits compiled on eight albums.

This singer, leader of Bossa Nova and Latin Jazz in Sweden, has taken her show to the main cities of Japan, the United Kingdom, Brazil, France, Spain, USA, Turkey, Russia, Italy, and Germany as a soloist as with the band A Bossa Elétrica, and has had the good fortune to have shared the stage with great Brazilian personalities such as Hermeto Pascoal, Badi Assad, and guitar master Marco Pereira. 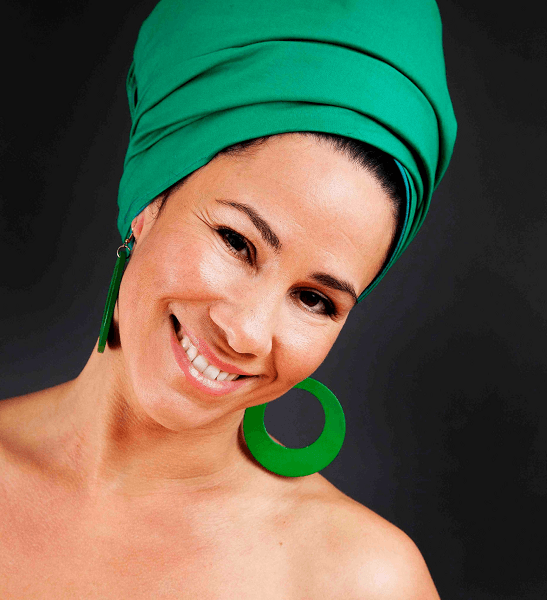 She is the Director of the record label Connective Records and radio programs.

The extensive career of Miriam Aïda www.miriamaida.com goes from her first album Jan Lundgren Trio Presents Miriam Aida & Fredrik Kronkvist released in 2002. This record production together with her husband Fredrik Kronkvist, the pianist Jan Lundgren, and two very talented young soloists performed for the first time the Funky-Soul-Jazz rhythm and standards with an American and Swedish touch.

Who is Fredrik Kronkvist? https://fredrikkronkvist.wordpress.com/bio He is a master of the Alto Saxophone and one of the established stars of Swedish Jazz. He has nearly 9 million views on digital platforms for his ballad hits Theme for Ernie. This saxophonist with extensive knowledge of the instrument and Jazz is currently releasing a new album in early 2022 with ten original ballads and directs his band made up of four musicians from the vanguard of current Jazz.

Miriam after a year of this successful album releases her debut solo album My Kind of World (2003) with classics like “Big City” and passionate Bossa Nova ballads. She continues with A Bossa Elétrica – Eletrificacao (2004), and Miriam Aïda & Fredrik Kronkvist with Monday Night Big Band – Live at the Palladium (2005) recorded live. This CD features moving, direct Jazz and Bossa nova. With this powerful Big Band, they covered great songs like Horace Silver’s Senor Blues, Nat Adderley’s Fun, Right Here, and Right Now, to name a few.

She also participated in the album Joe Spinaci and the Brookolino Orchestra-Too Darn Hot (2005) and continued with her solo album Meu Brasil (2007). The material is mainly in Portuguese and compiles great composers from different eras such as Baden Powel, Nelson Cavaquinho, and Jorge Ben. It contains a new Bossa Nova written by Miriam with Swedish lyrics and incorporated Swedish poet Nils Ferlin’s interpretation of the poem in Portuguese.

It is followed by Come on Home (2008), Letras ao Brasil (2009), Visans Väsen (2011), É De Lei! (2014) recorded in Sweden and Rio de Janeiro in collaboration with the Brazilian arranger Jayme Vignoli and the voice of one of the best singers from Rio, Marcos Sacramento, and Quatro Janelas (2015).