April 7, 1917, Mongo Santamaría was born in the Jesús María neighborhood of Havana, Cuba.

Mongo left to continue playing his Congas hard in the sky on February 1st, 2003.

“I wanted to do something that sounded like home”. With these simple words, Ramón Santamaría Rodríguez “Mongo Santamaría” spoke of his essence.

The purpose of his music pursued a sonority and a memory, possibly located in Cuba, in Jesús María, a marginal neighborhood where he grew up and enjoyed a tradition attached to the drum, to religion, to the street and from where this great Cuban percussionist drank infinitely.

But surely those drums also came to him from far away, from the Congo, where his grandfather came from to be a slave on the island and who also filled his head with sounds full of meanings and colors, which he later masterfully spread around the world. 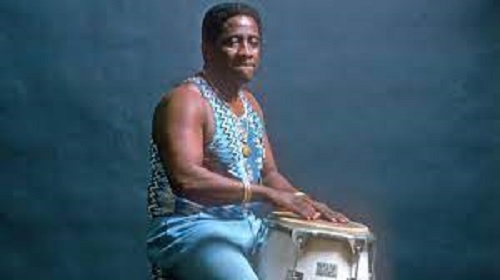 Since he was a child he knew that his thing was to play the drum and he was lucky enough to belong to a family of empirical musicians, singers and drummers who supported him in the learning and mastery of these instruments.

During his time in Cuba, already a professional musician, he participated in numerous groups that little by little gave him a place among the most outstanding percussionists of the time. Some names of these groups are El Conjunto Boloña, Lecuona Cuban Boys, with whom he was able to participate in the recording of his first album, Conjunto Matamoros, Segundo Grupo de Arsenio Rodríguez, among others.

Each group had its own style and stamp, but in each of them Santamaría put his personal “touch”.

At the prestigious Tropicana cabaret he played with Chano Pozo as a member of Armando Romeu’s orchestra. 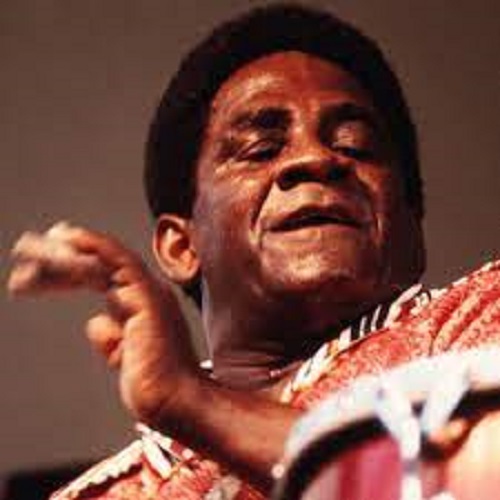 From that moment on, his career would not stop. Conjuntos, Septetos de Son were the perfect selection to complete the sap from which he would draw all his style and technique.

Later, from carnival to carnival, he would gather with other percussionists to play in the comparsas and experience the festive musical atmosphere par excellence of those years.

Alongside him played other friends who soon became a Cuban reference in the United States: Patato Valdés and Armando Peraza.

As part of the Tropicana orchestra and located in a show in Mexico, he decided to settle there as did many musicians of his time and came to play with Pérez Prado and Benny Moré.

It was precisely in the latter orchestra where he met Clemente Piquero “Chicho”, another Cuban percussionist whose style made him rethink the role of percussion in Cuban popular orchestras.

Mongo Santamaría belongs to the second wave of Cuban percussionists who arrived in New York in 1950.

His new idea of restructuring and designing his own style in the use of Cuban percussion was perfectly in tune with the reality that a few years earlier was being experienced in the music produced and sold in New York, after the arrival of the Cuban rumbero Chano Pozo.

“The rhythm produced by the conga organizes all the percussion of a band, from which melodies and counter-melodies can be experimented with.”

“I think percussion is the base from which things come out.”

Already in the United States, Mongo plays with Gilberto Valdés, again he is part of Pérez Prado’s orchestra and finally with Tito Puente’s, where he stayed for 7 years. Once in the line of Afro-Cuban jazz, so popular at the time, he joined George Shearing’s group and later the vibraphonist Cal Tjader.

With his own orchestra, he accompanied La Lupe, one of his favorite singers, and undertook projects of novel formats for the time, such as small formations of brass trio, piano, bass, percussion and drums, at a time when jazz bands predominated.

Mongo Santamaría, perhaps without the theatricality to which Chano had accustomed the New York public, focused all his strength on achieving his own sonority, with a fusion of Cuban styles and genres, perfected and deepened in the introduction of Afro-Cuban rhythms with a naturalness and using colorful timbre elements by using several tumbadoras in his set.

His creativity is highly demonstrated in the great amount of music that is part of his catalog of works and the quality becomes indisputable when seeing the amount of outstanding jazz interpreters that version and recreate his work.

In 1959 he recorded Tambores y cantos, which contains the song Afro blue, which over the years became “a jazz anthem of all times”, according to Nat Chediak, author of the Latin Jazz Dictionary. 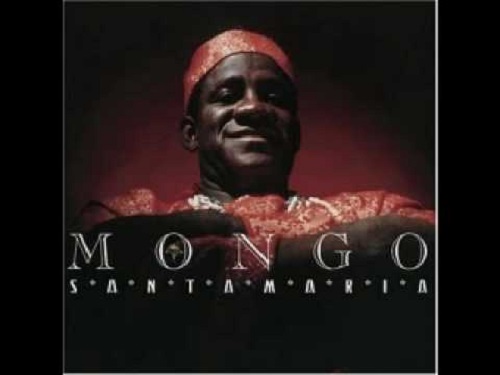 His long recording career (50 albums), testifies to the musical activity that this great percussionist carried out throughout his professional career. He worked with American jazz legends such as Chick Corea, Herbie Hancock, flutist Hubert Maws, Dizzy Gillespie, trumpeter Marty Seller, among other musicians who today still pay tribute to this Cuban conguero who was the architect of the fusion of rhythm & blues rhythms and Afro-Cuban music, recognized the connection of Cuban music to African roots and placed the congas in an indispensable instrument for the determination of Latin jazz.

In 1977 Mongo Santamaría received the American Grammy Award for “Best Latin Recording” for the work Dawn.

In 1999, Rhyno Record Company, based in Los Angeles, California, recognizing his contribution to Latin Jazz, released the “box set” (CD) Skin On Skin: The Mongo Santamaría Anthology (1958-1995), which includes 34 of his most successful pieces (from his rumba albums, his LP with La Lupe and his projects in the fusion of Jazz and Latin) and an extraordinary literature about his career written by actor Andy García, musician Poncho Sánchez and other connoisseurs of the Latin Jazz genre such as José Rizo, Luis Tamargo, Joel Dorn and Miles Pelich.

The legendary musician was extremely honored and grateful for the distinction Rhyno gave him by introducing this historic anthology to the world. As stated in the conversation with Jaime Torres, Mongo said:

“This is the fruit of many years of work, music made with taste and love.”

May he rest in peace and eternal glory to him.