Dance bands have always added flavor and rhythm to parties in the Caribbean, but one of the greatest was born in Venezuela at the hands of Renato Capriles, “Los Melodicos”. An entrepreneur with an interesting vision of music, who knew how to adapt to what the public wanted, throughout the decades that accompanied his great project. In the following lines, we will tell you about his life and what he thought of his experiences. 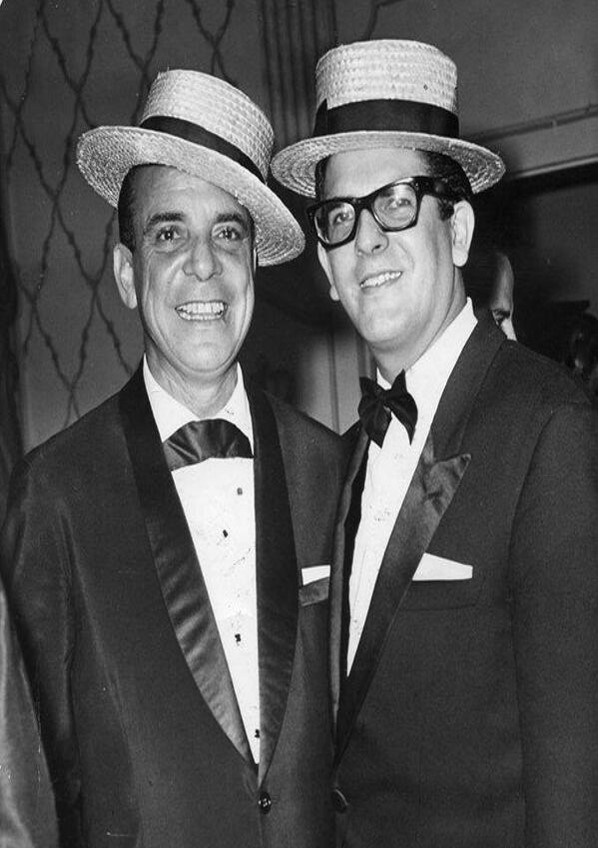 Contrary to what many believe Renato was not born in Caracas, but in a small town called San Esteban located in Puerto Cabello, Carabobo state on December 28, 1931. In his own words:

“It was a town where only six or seven families lived. The rest of the inhabitants were people who served in those houses. San Esteban is about an hour from Puerto Cabello and it is still a very beautiful area.”

His arrival in Caracas is due to the death of his father, at that time his older brother, Miguel Ángel, decided to move the family to the capital and develop the businesses for which the Capriles family would later be well known in Venezuela. In addition, that is why it is known that he was born into a wealthy family, so business is something that he carried in his blood. They were also a large family, Renato being the 13th sibling of 14, which is why he always considered it his lucky number.

Arriving in Caracas, they settled in La Pastora, where the Capriles spent their childhood and adolescence. Renato himself even commented that he traveled those streets with a velocipede that was given to him for his birthday. During his adolescence he began to be closer to the dance bands of the time, although music always accompanied him, showing an innate ear since he was a child. But it was as a teenager that he went to parties in the main  square and listened to the radio:

“Already a little older – 16, 17 or 18 years old – the programs I listened to were “A Gozar Muchachos”, Billo’s program, of course, and the program that Luís Alfonso Larraín had. Those were the two great orchestras…”

At that time he also began his professional stage, first as an office boy at Inex S.A., owned by the German businessman Gustavo Zingg. Thanks to his friendliness and knowing how to treat people, he met Zingg and his children, who, seeing his hard work, promoted him to store salesman and then itinerant salesman aboard a Land Rover, with which he toured much of the Venezuelan territory selling everything, including power plants.

Then he decided to follow his family’s vein and set up his own business in Valencia, a clothing store that he bought from his brother-in-law who was a travel agent for two clothing factories. However, this only lasted 2 years, this being the only business that Renato failed. His mother asked his brother Miguel Ángel to take him to the company, known at that time as Cadena Capriles, which little by little became a publishing conglomerate.

Renato came to the organization and formed the company’s Public Relations department from scratch, something he was always very proud of and that he kept reminding in every interview. In fact, that vein of public relations is what led him to achieve that impressive success with “Los Melodicos”:

“I think I was born with that. I always make the comment that more than a musician I feel like a born relationist. All my life I have done it and I have applied it…”

The Birth of “Los Melodicos”

Although it may seem like a joke due to the supposed enmity between the two, it was Billo Frómeta’s orchestra that prompted Renato to form “Los Melodicos”. The young Capriles spent his adolescence listening to Billo’s Caracas Boys on his radio program “A Gozar Muchachos”, he also listened to other orchestras that competed with Billo’s for the popularity of Venezuelans and neighboring countries.

In addition to that, Renato Capriles was always linked in one way or another to music, not only did he have rhythm and an innate ear, but also his businessman’s mind led him to give his own orchestra a different organization. In fact, at the time that the Capriles family lived in La Castellana, he and his younger brother Juan Felipe had a small band of 5 musicians. Therefore, Renato already had experience in the formation of bands and orchestras.

In 1958 Renato finally decided to follow his most longed-for dream of having his own orchestra and taking advantage of the problem of the veto given to maestro Billo, Renato looked for him to help him with the composition and arrangements. As he commented in the interview he gave to Alfredo Churión D. and his space “Aquí están todavía”:

“There is a bit of fantasy about the creation of my orchestra. I was a big fan of Billo and always wanted to have an orchestra that sounded like his. I’ve always said it!… (Billo) he had opened a business in Sabana Grande which he baptized El Rincón de Billo in where he played the piano for the large number of friends who visited him there. And there I introduced myself to him one day with Tere, my first wife, to give an outlet for the concern I had had since I was a boy, which was to have an orchestra.

And my words were: ‘Billo, the reason for my visit is not to come and hear you play the piano or have drinks at the bar, but rather to propose that you make arrangements for an orchestra that I’m going to found and I’ll give you 50% of profits’… All in all, after seven months my orchestra appeared with its arrangements. He could not appear anywhere with them because no musician could get close to Billo at that time under penalty of being banned for life too.”

“Los Melodicos” made their debut in a television program that was sponsored by Cadena Capriles, it was called Su Revista Musical. Renato was the producer of the show and there the animator Henry Altuve made his debut, who had only worked on the radio until that moment. The orchestra’s first LP came with arrangements and a composition by Billo. So it had its sound but at the same time it didn’t:

“He arranged very lively with a very commercial sound, but it didn’t sound like him. On my orchestra’s first LP, although it’s his arrangement, it’s not his sound.”

Another important thing to highlight was the way of working and how Renato organized the orchestra, along with his innovative system of paying the musicians:

“I created a form of payment for musicians that did not exist at the time and that caught Billo’s attention when he reappeared with his orchestra in 1960. I invented the rates for musicians and I can prove it to you because I have the contracts saved. A first high earned eight hundred bolivars a month and a good second tenor earned six hundred. It was the first orchestra that earned salaries. It wasn’t like Billo’s where each musician earned a percentage. I created the orchestra as a company. They had, and still have, Social Security, Savings Bank, interest-free loans, etc.”

The “Los Melodicos” orchestra has been faithful to the motto that has accompanied it throughout its extensive musical career: “The orchestra that imposes rhythm in Venezuela”. They began with the singers Víctor Piñero “Rey del Merecumbé” and Germán Vergara, but they were innovative by having a woman in the ranks of an orchestra for the first time: Emilita Dago.

Since then, singers and musicians like Rafa Pérez, Manolo Monterrey called the “Ciclón Antillano”, Niro Keller, Cherry Navarro, Cheo García, Roberto Antonio and Miguel Moly have passed through its ranks over the decades; while among the girls were Norma López, Diveana, Floriana and Liz.

What differentiated “Los Melodicos” from other orchestras in those decades was the innovation that Renato put into it. One of those great examples is presenting varied rhythms outside of the Latin dance rhythm. They came to play the twist with the singer Teresita Martí, which brought them great problems since it was considered “… a vulgar and ordinary rhythm.” They also came to play songs with touches of rock, but their most significant sound is techno with songs like “Papachongo” and “Que Rico”, where Diveana managed to capture more than one heart.

During all the years that Renato was in charge of the orchestra, there were many rumors of romantic love affairs with his singers, to which he himself replied:

“17 female figures have passed through my orchestra and I have had romantic relationships with 7 of them. Some are stormy and others very beautiful. People think that I’ve gotten involved with all of them, but that’s not the case. Raise fame and go to sleep.”

Renato’s rhythm went off before his time 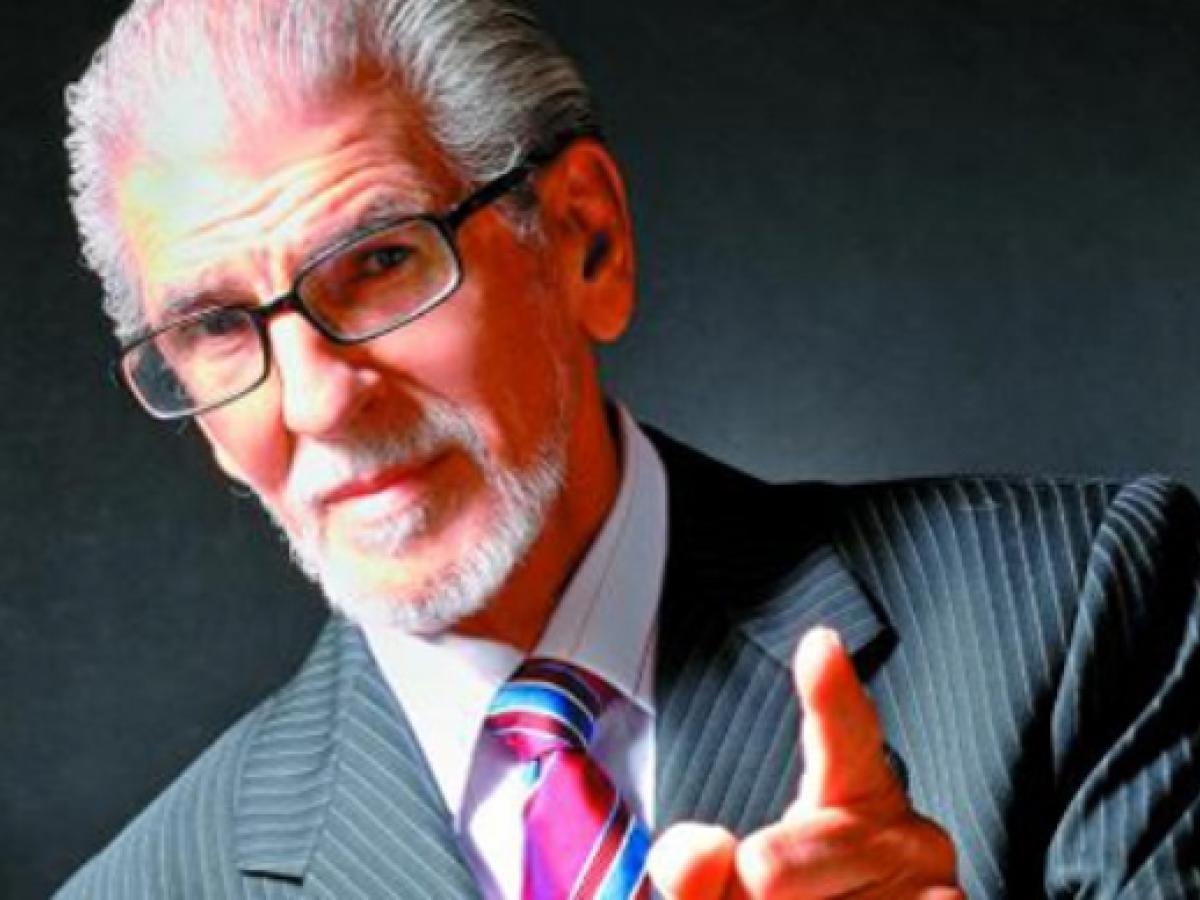 Renato Capriles left us on the morning of July 8, 2014, he had already been hospitalized for days in a clinic in Caracas, all due to pneumonia. Currently, the direction of the orchestra is led by Iliana Capriles, daughter of Renato, who has been working hard for 11 years to continue contributing to the success of the orchestra as director. But all her life she has been in one way or another linked to the orchestra, and like a good Capriles she has gone through all the positions of the company that her father founded.

“For 30 years I have been part of the musical organization Renato Capriles, I have been the right hand of my father, his producer, promoter, sales, among others, until 2014 when I had to assume it, and it has been an enormous responsibility, and here we are paying tribute, honor to whom honor is due, and maintaining the legacy of great importance in Latin music”.

“Los Melodicos” are a key part of the musical history of Venezuela, with more than 100 productions under their authorship, and it cannot be forgotten that their professional enmity with Billo’s Caracas Boys is what kept the panorama of dance bands interesting. As they have always shown, they keep up to date with new trends and social networks are no exception, so you can find them everywhere like @orquesta_losmelodicos or La Orquesta Los Melodicos, because now they are “the orchestra that imposes the rhythm” in the digital world.