Luis María Frómeta Pereira, better known as Billo Frómeta, was born on November 15, 1915 in Santo Domingo, the capital of the Dominican Republic. However, this Caribbean man has more of a Venezuelan feeling than other compatriots, since he was very grateful to Caracas, that is where he made his life, both professionally and personally.

Despite his love for the Venezuelan lands, he never lost his Cibao smile, specifically from Quisqueya. But his gestures, his affection and tenderness, the details with which he acted, and his musical stamp are very Venezuelan. Perhaps we say goodbye to Billo very soon and he could not see his tribute in his lifetime, that only adds more strength to his career. Read all about his life with the following lines . 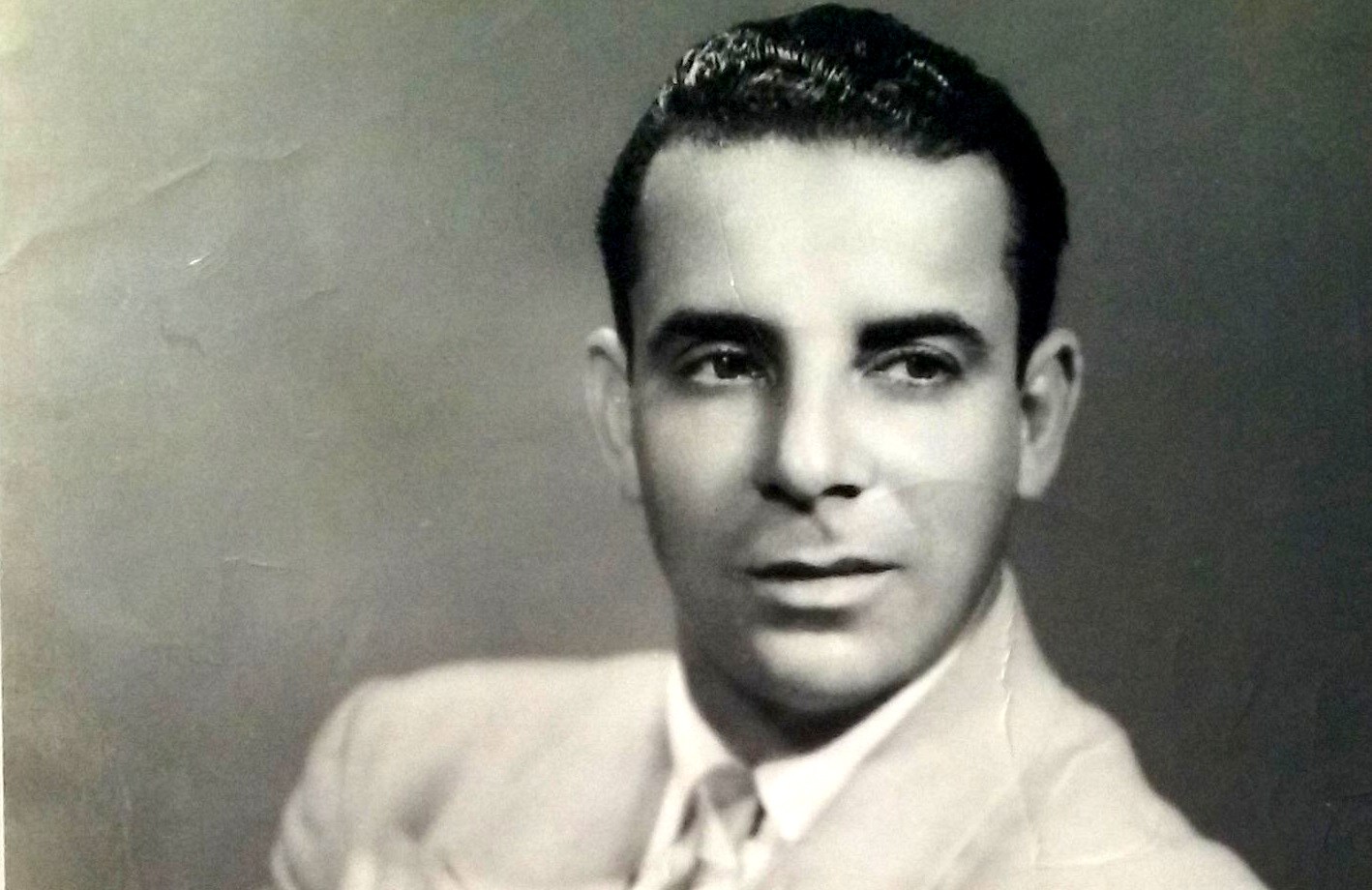 The beginnings of Billo Frómeta as Luis María

Although he was born in Santo Domingo, the Frómeta family moved to San Francisco de Macorís, where Billo spent his childhood and met the friends with whom he would embark on the musical adventure of his life: Rafael Minaya and Francisco Simó Damirón. As Billo recounted in his last interview before losing him to a brain stroke in 1988:

“There couldn’t be a birthday that we knew about because the three of us from San Francisco de Macorís were there playing and brightening up the evening. I always keep that in mind when I go to a special event”.

It can never be denied that Luis María was born with an innate talent for music, which he polished during his basic education, since rhythms and sounds were a compulsory subject in the Dominican Republic. As he already said, it was something he continued to do during his adolescence, although this was already in Santo Domingo where he moved back in 1933. There he is part of the firefighters, where with the rank of captain he founded and became director of the Band of the Fire Department of the capital.

Here he also gives guitar lessons, which leads him to meet the young saxophonist and violinist Freddy Coronado, through him Billo enters the world of dance orchestras, forming a group and working on the radio. Some time later, when they are already university students, Billo meets up with his childhood friends and introduces them to Freddy. They form the Santo Domingo Jazz Band, whose activities and presentations are carried out along with their studies.

However, Damirón moved to Puerto Rico, leaving Billo in charge of the management, but his medical studies were interrupted since at first it was difficult for him to comply with both things, then in his third year he began an internship at the military hospital but his ideas collide with those of the regime of Rafael Leonidas Trujillo, so he abandons his studies and decides to devote himself entirely to music. 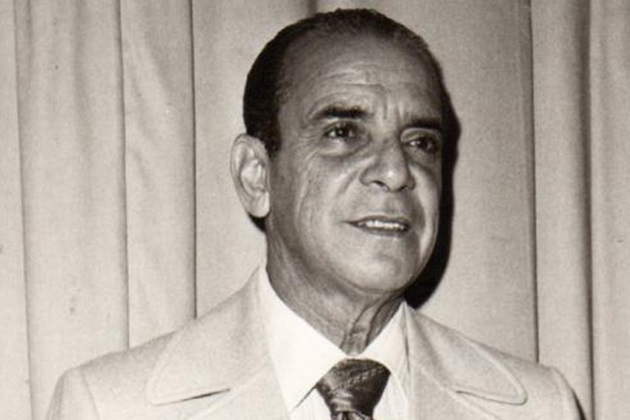 Arrival in Venezuela and its success in Caracas

The Santo Domingo Jazz Band received the opportunity to play on December 31, 1937, at the Roof Garden, an important local in Caracas. The journey to reach those Venezuelan lands was an adventure full of many sacrifices. However, on the day of the presentation, without the teacher Billo being consulted, the name of the band was changed to Billo’s Happy Boys, which generated discontent in the Dominican Republic, especially from Trujillo’s regime.

Due to this discontent and the growing popularity of the band in Caracas, the boys were forced to stay in the capital of Venezuela. This was the point that would change Billo’s life forever, since this city is the one that sees him grow as a person and as a professional. As he himself relates:

“My forever girlfriend, the city with which I owe a debt of gratitude and affection…”

This is shown in the number of songs by the band that speak in one way or another of the city. Despite the great affection he has for Caracas and Venezuela as a whole, Billo never renounced his Dominican nationality:

“It is the least I can do for the land where I was born. Venezuela is my life. Here I have planted. So as a feeling of gratitude to the Dominican Republic, I keep that nationalist umbilical cord. It is like the case of two mothers, one brings you into the world but the other raises and educates you. You will not stop loving the first and you will show your affection in something even if all your tenderness arrives at the second…”

Two years later in 1939, Billo faces a tough stage, he falls ill with typhus and the doctors give him no hope, but the teacher shows them that his time had not yet come. He returns to the stage ready to consolidate the popularity of the band more than ever, to which he gives a new name: Billo’s Caracas Boys, which the band maintains to this day.

From that moment the career of Billo and the band goes through ups and downs, from having a radio program where he can even produce and edit his own records, to spending days in jail for marriage demands. Speaking of love, Billo got married 3 times, being Morella Peraza his last wife and the greatest love of his life:

“… the one that Morella inspires me and I don’t know what is the miracle by which I see her prettier every day… I think it is the miracle of love, of that feeling that creates the need for one with the other, that transforms what is impossible into possible, that gives life to life… Sometimes it scares me… I am getting old and when one is old one no longer inspires appetites or desires, but Morella loves me and that is the triumph of love over the years. Isn’t it wonderful?” 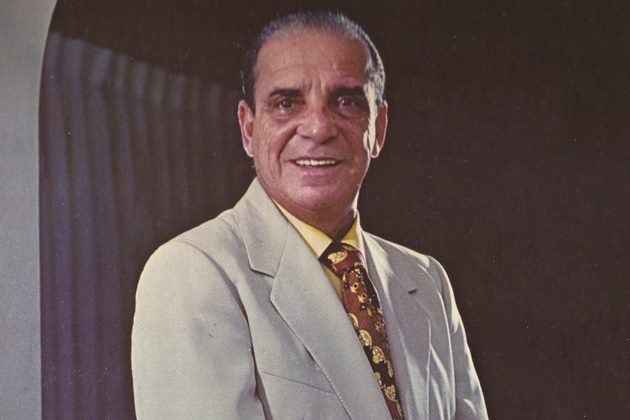 By 1957 Billo’s career was on the ground, in addition to jail he also faced vetoes due to having contacts with important figures of Marcos Perez Jimenez’s regime, which caused him to be banned “for life” from performing in Venezuela. However, this did not prevent him from continuing to work as an arranger and producer, not only in Caracas but also in other countries such as Mexico and the United States.

In 1958 he met and befriended Renato Capriles, who was a businessman at the time, but wanted to replicate the success of dance bands like Billo’s. The unusual thing about this friendship is that it began precisely with Renato asking Billo to help him in the composition and production of various works for his band “Los Melodicos”. The friendship was maintained over the years but always with a touch of enmity.

A phrase that sums up these fateful years is: “What hurts me the most in life is ingratitude, and I have cried for it.”

Between the 1960s and 1980s, Billo focused on his career and his band, brought Billo’s Caracas Boys together again, thanks to the lifting of the veto, and from that moment embarked on the search for those little-known talents who by passing through the band would be taken to stardom, as is the case of Felipe Pirela, José Luís “El Puma” Rodríguez, Guillermo “Memo” Morales, among others.

In addition to presenting new and unpublished works, they also continue to present the old ones. Also, Billo embarks on the business adventure of founding his own record label called Fonograma, although this does not last long and after several problems he decides to close the record company, and sell the catalog to his son-in-law.

For the 80s, the band continued with a success that rose like foam, not only in Venezuela but in the rest of the continent, they even performed alongside great artists like Celia Cruz. For 1988 a tribute to the master in life was planned, which he himself was going to direct, and had him very moved and excited. How well the words of Lil Rodríguez portray him, to whom he granted his last interview:

“The Master would arrive with the minutes, loaded with thoughts and concerns which he had no qualms about spilling on his way home, as if he thought out loud and with affection. Here I have, finally, more or less the order of the concert. Almost everything is ready and only the last rehearsal is missing. It would not be the first time that Billo would conduct a Symphony, but he was excited as in a debut.”

But this tribute never happened and in his place a slow procession was held to say goodbye to the master. Billo Frómeta, out of emotion, nerves and his perfectionist mania, suffered a brain accident that led him to fall into a coma, just one day before his concert and tribute. He died on May 5, 1988, that day Caracas lost an adoptive son, that it made its own and it saw his development as a musician.

Many people said goodbye to the master at the Caracas Municipal Council, while others accompanied the coffin to the Eastern Cemetery. This way, a great chapter in the history of dance music in Venezuela and the Caribbean was closed, but leaving an incredible legacy that continues to this day, since who has not danced with the Billo’s Caracas Boys?