With a great musical heritage that comes from her father and inspiration, Bernardo Garcia, who is a drummer of the ICRT Orchestra.

Since she was a child she has been inclined towards percussion and has her father as her first teacher.

At the age of 9 she began her elementary music studies at the “Manuel Saumell” school, later attending the Amadeo Roldan Conservatory where she excelled in the school’s Charanga band and was also a member of the Youth Symphony Orchestra.

As a student of the conservatory in 2004 she traveled to the island of Guadeloupe as part of a cultural exchange between music schools in both countries.

Also in 2005 she was invited as a soloist in the paila (Cuban percussion instrument) to play with the National Symphony Orchestra of Cuba under the direction of the prestigious conductor Zenaida Romeu. In the same year she obtained the Special Prize of the “Fiesta del Tambor” contest.

In 2006 he travels to Barbados to participate with the “Quinteto Chico de la Habana” (a group of outstanding students of the conservatory) in the Barbados Jazz Festival and shares the stage with prestigious jazzmen such as Horacio Hernández (El Negro), Giovanni Hidalgo, Arturo Tappin (saxophonist) and Roy Hargrove (trumpeter), his performance is reviewed by international television stations and for the English newspaper Daily Niticns.

In November of the same year he obtains a Special Performance MECION at the International Festival of Young Jazz Players “JOJAZZ” and plays drums with the Big Band of Canada.

It is in this same year that she graduates in Percussion with excellent grades.

Once graduated, she joined the female orchestra Anacaona with which she made multiple performances on stages all over the country, and also performed on national television and radio, recorded the album “No lo puedo evitar” for the Bis Music label, and has also accompanied the Buena Vista Social Club diva Omara Portuondo.

With a small orchestra format, he recorded in 2008 the song “Parampampán”, for the musical film: “Chico y Rita” by the Spanish filmmaker Fernando Trueba. And also participates in another recording of traditional music with an American singer, both in the Areito studios of the EGREM.

In 2009 she made two important international tours with Anacaona, first in several Canadian cities, among them, performing at the “Art Jazz Festival” in Toronto, and in the Lula Lounge of the same city, the “30th Montreal International Jazz Festival”, alternating with the famous salsa singer “La India” with whom she was also invited to play, During the days of this great festival she participated very actively in various Jan sessions with Canadian musicians and musicians from other countries, in the city of London in the “Sunfest”, the Festival “La Nuit de Africa” in Montreal in its 27th edition and in the cities of Chicoutimi in the Festival “Rhythms of the World” and in the City of Quebec in its festival “Musics of the World” in addition to other venues in some of these cities, monopolizing in all many applause and congratulations for his outstanding performance.

He has worked in Cuba with other important jazzmen such as Alexis Bosh and Orlando Cubajazz. 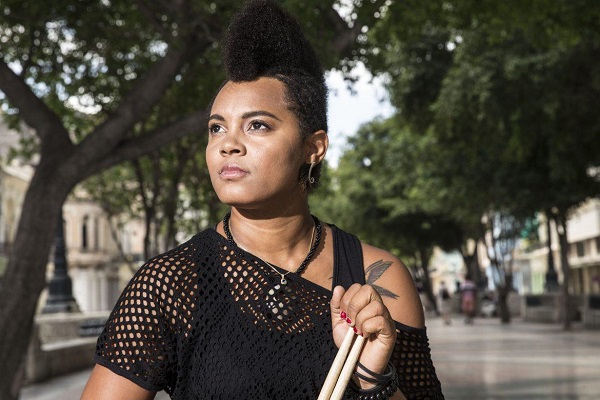 He also performs for a special program on French TV channel 33 about his musical life and appears on a web page of the Spanish magazine “The H”.

He competes again in the JOJAZZ Contest and obtains the 2nd place in interpretation.

He has also recorded the Cuban Television program “A todo jazz” with trumpeter Roberto García and saxophonist Emir Santa Cruz, and with the group “Joven Jazz” led by saxophonist Michel Herrera, with whom he also performs in Havana’s Jazz clubs. He has worked with the outstanding trumpet player Yasser Manzano and his group.

In early 2010 he made the national tour of the singer Cucu Diamantes and also participates in the film that was recorded of the same.

In June 2010 he performed with Anacaona a successful tour of Curacao presenting the show “Viva Cuba”, in order to raise funds for the fight against breast cancer, organized by the Sinte Rose Foundation of that country and also close the 1st International Film Festival of Aruba.

In 2012 she decided to embark on her solo career, debuting as composer and leader of the project YISSY & BANDANCHA, a quintet that develops jazz from the fusion with other genres. 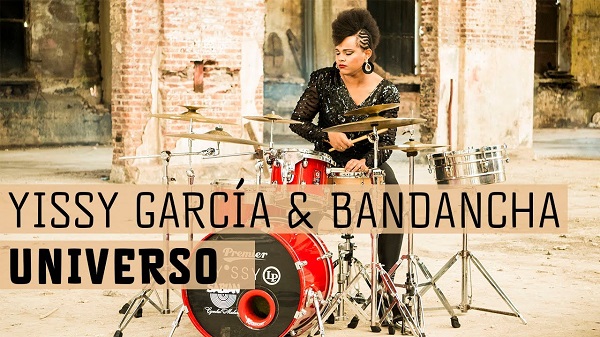 She is regularly invited to participate in the most important festivals in Cuba, such as Jazz Plaza, JoJazz, Ellas Crean, Havana World Music Festival, among others.

Along with her project, she develops an intense work of collaboration in record productions and with various artists and recognized groups in the country, as is the case of Interactivo, Alexis Bosch and Telmary Diaz.

In 2014 he participated in Argentina in the festival El sur suena a cubano, along with Kelvis Ochoa, William Vivanco and Yusa, whom he also accompanied on his tour of Japan. He participated in the recording of the album Feeling Marta, by singer Gema Corredera, and accompanied the Buena Vista Social Club diva, Omara Portuondo, on her tour of Mexico.

Since that same year and until now, he is part of the line up of the band Maqueque, led by the renowned Canadian saxophonist Jane Bunnet, with whom he has played in the most important festivals in Canada and USA, in addition to having recorded the album Jane Bunnett and Maqueque, winner of the 2015 Juno Award for Best Jazz Album.

She began 2015 with the recording of her debut album Última noticia, and with a tour with her band YISSY & BANDANCHA through several cities in the USA.

She was included in a documentary for Brazilian TV directed by filmmaker Max Alvim, which aims to collect the most outstanding of the vanguard of Cuban jazz today.

She was part of the concert Women of the World, led by M Alfonso. She participated, together with Brazilian artist Baddi Assad, in the Les Voix Humains festival, held in Havana and organized by the Leo Brouwer Office.

Invited by the prestigious drummer Terri Lyne Carrington, she gave a clinic on Cuban rhythms at Berklee College of Music.