For the second time, we have here Puerto Rican artist Almodovar. She is a salsa singer and other genres, composer and dancer. Pleasure to meet you, Melina, how are you doing? Glad to have you here.

Thank you, Karina. Thank you for the time and I’m super pumped to be here with you for international salsa magazine (laughs). 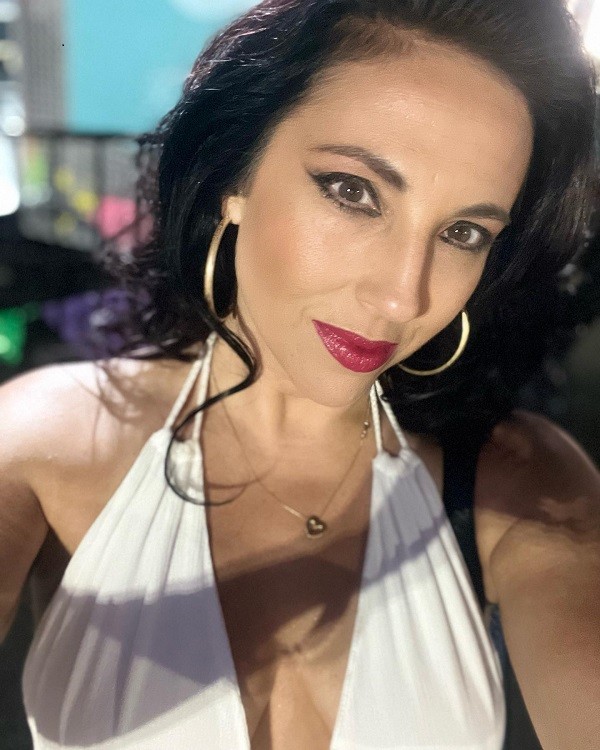 Melina Almodóvar is a salsa singer, composer, and dancer

Why do they call you La Muñeca de la Salsa or La Chica del Bling?

In the case of La Muñeca de La Salsa, when I moved here to Miami, I was looking for a nickname similar to El Caballero de La Salsa or El Niño Bonito de La Salsa. Seeing how my name is like that of another renowned singer in Puerto Rico Melina Leon, I wanted to find another name that would identify me and noticed that many Latino men called me muñeca (doll in English). That’s how I came up with the name La Muñeca de La Salsa.

Your family has always been closely related to arts. Your father was a singer, your mother was a dancer and your grandmother was an artisan. What did you get from each of them?

That’s an excellent question. I’m often asked that, but not that way. My dad was a bolero singer and like ballads and old music like Camilo Sesto, and it was thanks to one of his songs that I was named Melina. He also liked Marco Antonio Muñiz and all the singers from that era. He would go to bars to sing until five in the morning and he used to take me to these gatherings in Puerto Rico. He always had his guitar in his car and was invited to parties to sing because he did it for free.

My mom was a flamenco dancer, she studied dance all her life and wanted me to dance too. So, she put me in jazz ballet classes since I was little. I studied with a lady whose name was Sophy Sanfiorenzo, who was also Chayanne, Ricky Martin, and Los Menudo’s teacher of that time. She was very well known in the city of Bayamón, Puerto Rico. Dancing was something secondary for me, but my mom wanted me to take it more seriously. At the end, we made a deal and agreed that I would study salsa and Caribbean dancing.

My grandmother always wanted me to be an artist and pushed me to be what I am today. She does a lot of crafts such as sculptures and paintings. I didn’t inherit those skills (laughs). My aunt is an architect and also paints very well, while another aunt is also very good with crafts. My family is very artistic and I followed that road. 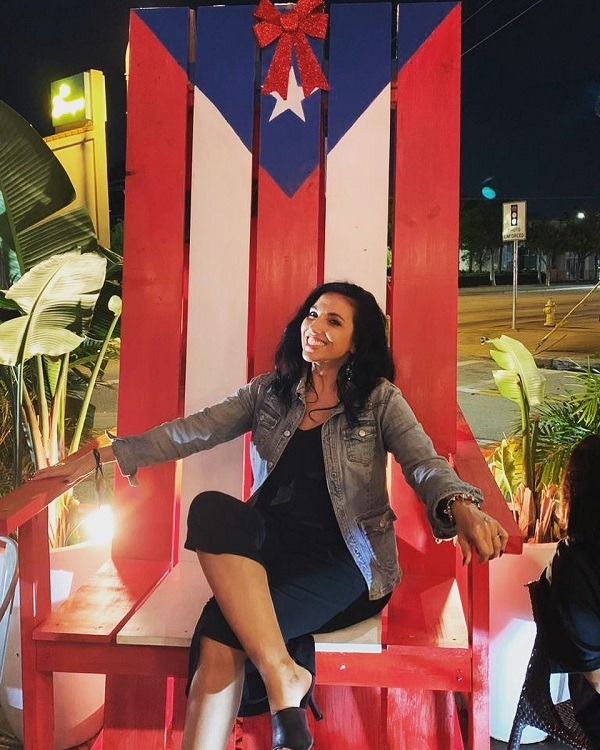 Melina Almodóvar is very proud to be boricua

I understand that your grandmother gave you some cassettes with songs by Celia Cruz and Rubén Blades, did these artists influence you or were there others?

My grandmother gave me a Rubén Blades CD and my aunt was the one who introduced me to salsa music thanks to her taste for this genre. Most of the family liked bohemian songs made by Pedro Flores, Rafael Hernández, Bobby Capó, Sylvia Rexach, among others. My grandmother and the rest of my relatives liked bolero a lot. In my case, I like bolero very much and I have done concerts dedicated to this genre, but what moves and motivates me is salsa.

You always listened to tropical music as a kid in Puerto Rico, but I understood that I was cut out to sing salsa when started studying it and understand it deeply. In high school, I came to sing pop, jazz, country, merengue, bachata and many other genres. However, salsa is what I like the most.

You described your move from Puerto Rico to Memphis as a culture shock. What was the most shocking thing about that time?

It’s one thing to move from Puerto Rico to Los Angeles or New York or Florida where there are a lot of Latinos. When I moved, I was very young and went to live in the southern United States, where they listen to country and blues. For me, the most shocking thing was the culture. In Puerto Rico, everyone talks on the front doors and there was a lot of closeness. When we moved to Tennessee, we didn’t know anyone, so we had to start creating a new life and finding our way in this new city. 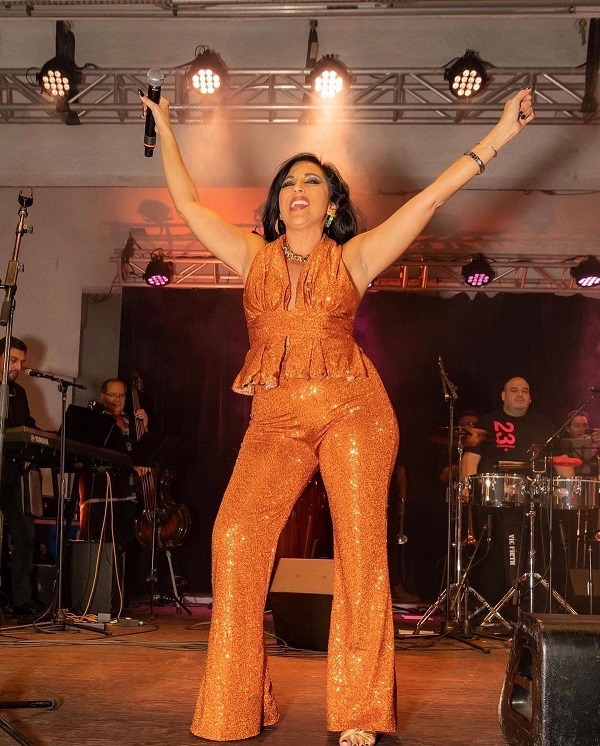 You were part of Orquesta Caliente. According to many, that was the first successful Latin salsa orchestra in Memphis. What do you think was the formula for success of this orchestra?

When I was 17 years old, I was called and asked if I knew how to sing salsa, to which I replied yes. That’s when i was given a cassette tape with several songs made by Tito Puente, Ruben Blades, Celia Cruz, among others. I went home and started writing the songs down letter by letter to learn them by heart and audition for the orchestra. That day, I realized that all the musicians were American and extremely talented. I was 17 years old at the time and had no idea who I was playing with, which led me to look up their histories and they were really well trained and talented. Almost all of them were professors at the University of Memphis at the time, but they wanted to form a salsa orchestra.

So, we started playing in different places. Given that there was no internet and no social media, we had to create our own flyers by hand, make copies, go to the houses and put up them there. The first day we played, not a lot of people showed up, but it was a good start for us. After three months, not one more body fitted there.

For me, it was a beautiful experience because we started playing everywhere and were at plenty of festivals in South Florida. We were so into what we were doing and all the members wanted the music to work out spectacularly, so we were united in a common objective. I think that was the key to our success.

Tell me about the Hollywood Salsa Fest

We have been doing this festival for about seven years now and it was a dream come true because I never thought there would be more than 10,000 people there for throughout the day. It is a culmination of all the work we have done since I came to Miami. It was a great achievement. 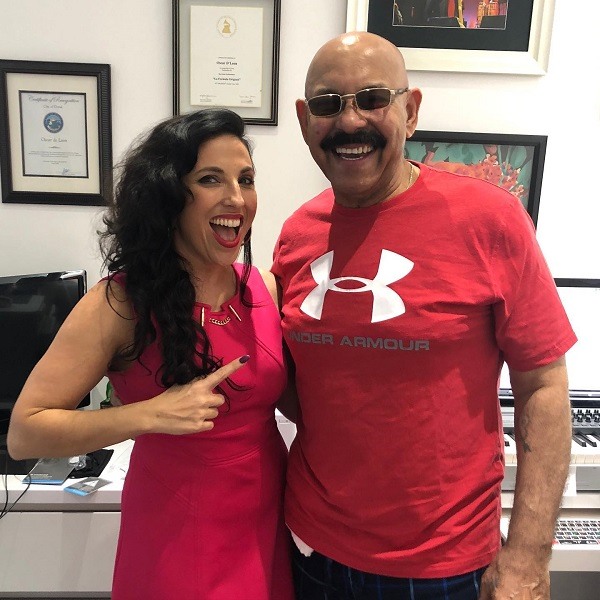