Tribute to my friend Larry

It is now a year since the unfortunate departure of one of the greatest icons of Latin music, who is none other than the one and only producer, composer and pianist Larry Harlow. Let’s remember that he passed away on August 20, 2021 in a health center located in the Bronx at the age of 82. His death was caused by heart failure due to a kidney condition from which he had been suffering from for some time.

A little of his history

The also known as “El Judio Maravilloso” has a great success story behind him in the field of music, which began with the occupations of his parents. Recall that his mother was an opera singer and his father was a musician in the orchestras of Barrio Latino, which could explain his interest in the industry when he was very little. From a very young age, little Harry already handled certain instruments in a skilled way, showing what he could dedicate himself to in the future.

His great interest in Cuban music and culture led him to travel to Cuba, where he began his musical studies related to Afro-Cuban music. Unfortunately, the arrival of the Cuban Revolution prevented him from fulfilling his task and he had to leave the island prematurely due to the political crisis that started to develop.

Since then, the Harlow Orchestra became one of the first groups to be formed with the label of Fania Records. At the same time, Harlow was producing an tremendous amount of albums, both his and other musical stars’, catapulting him to becoming one of the most respected producers of that time. Reportedly, there were approximately 270 records in total, which gave us a lot of hits that continue to be heard to this day.

One of his greatest achievements was to have brought the world famous Cuban singer Celia Cruz to New York, thus becoming the first artist of Latin origin to perform at the Carnegie Hall, a famous concert hall located in Manhattan that had only had room for Anglo-Saxon artists until that time. It was “El Judio Maravilloso” who managed to bring Latin America to the Carnegie Hall for the first time from the hand of “La Guarachera de Cuba”, something unthinkable in those years. 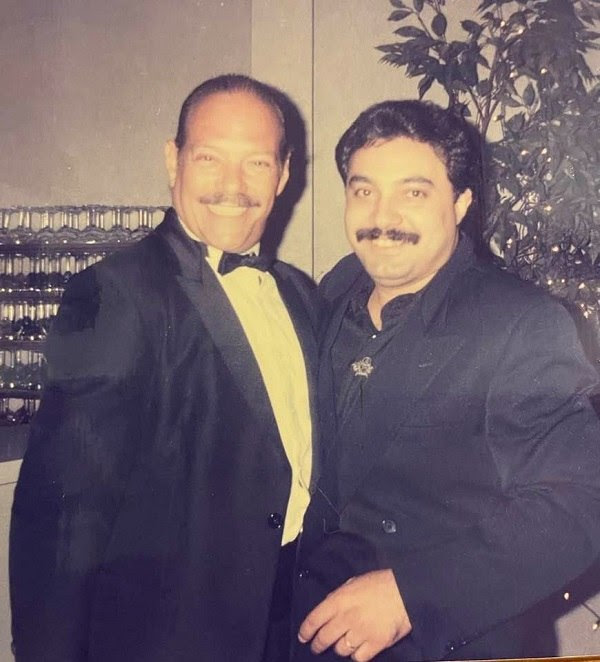 Larry Harlow and Johnny Cruz in the 80’s

He also had an important role in the film “Our Latin Thing”, along with several transcendental figures of the Fania All Stars.

It is of common knwoledge that Larry and this server had a close relationship, since we knew each other for many years and lived many incredible experiences related to this wonderful genre called salsa. That is why the famous pianist sent me some of his most precious costumes to be exhibited in our gallery so that all his fans could be as close as possible to their idol.  After his departure, seeing all those things donated by him leaves a deep emptiness in those who see them, but at the same time this reaffirms our commitment to offer our public the best salsa exhibittions they have ever seen.

Larry has left an indelible mark in the hearts of all of us who got to know him during his lifetime, but our duty is to move on with our heads held high. 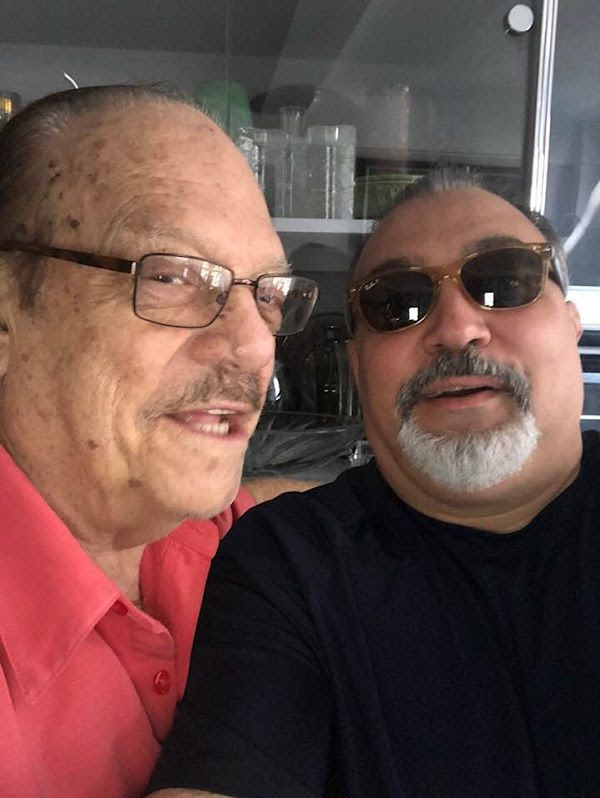