Thanks to his collaborations with guitarist Carlos Santana, jazz pianist George Shearing and vibraphonist Cal Tjader between 1950 and 1990, he is internationally recognized as one of the most important figures in the field of Latin percussion.

Known primarily as a conguero and bongocero, Peraza is also a skilled dancer and composer. He has appeared on recordings by Pérez Prado, Machito, George Shearing, Charlie Parker, Tito Puente, Cal Tjader and Carlos Santana. Performances with Santana, Shearing and Tjader brought him international fame.

He was inducted into the Smithsonian Institute and had three “Armando Peraza Days” from the city of San Francisco. 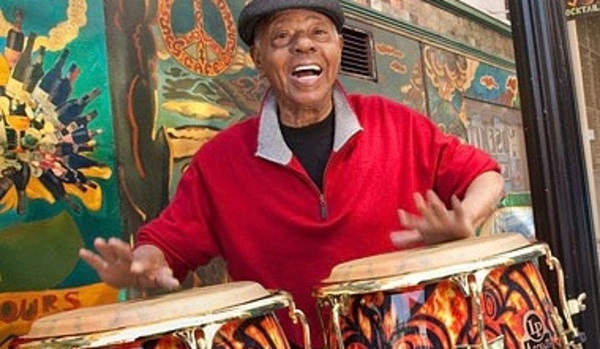 One of the most important and respected figures in the world of percussion.

He is a legendary master on both congas and bongoes, whose unorthodox style and story are an inspiration to countless young musicians.

He began his artistic career in the early 1940s, played with singer Alberto Ruiz’s Kuvabana ensemble where he played the bongo and moved to San Francisco in 1949.

At the New York World’s Fair he played congas in an African pavilion with a Nigerian.

This African arrives and says to me: “Man, what part of Africa are you from? I told him, I am from Cuba. He said: “Don’t tell me” He later worked with the orchestras of Paulina Álvarez and Dámaso Pérez Prado, and the Bolero group.

In 1947 he moved to Mexico, where he joined with Mongo Santamaría the ensemble Clave de Oro, and in 1948 they both traveled to New York as percussionists accompanying the dance couple Pablito y Lilón.

At the end of that year, Peraza joined Slim Gaillard’s jazz combo with which he traveled throughout the United States. After arriving in New York in 1949, Armando became a sought-after musician, especially in the contemporary Bebop and Latin Jazz scenes. 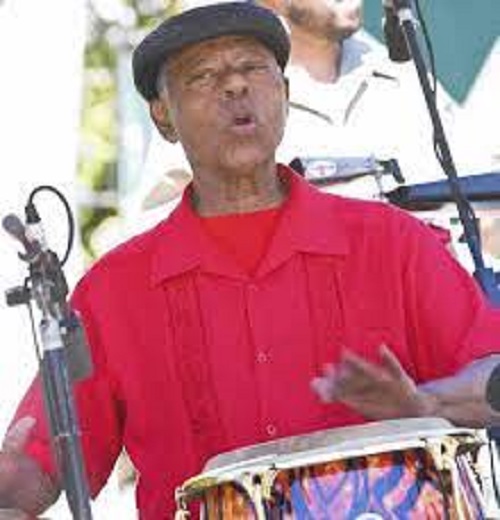 Armando built a reputation for impressively fast and complex hand technique, experimental techniques and great talent for entertaining. He flourished in progressive atmospheres that combined jazz with Afro-Cuban styles and was at the center of a new expression called “Cubop”.

He has played on more than 100 albums and is the composer of more than 40 songs. Some of these works include collaborations with Mongo Santamaria, George Shearing, Cal Tjader and Carlos Santana.

Settled in San Francisco, California, in the early 1950s, Peraza began working with pianist George Shearing’s quintet, where he demonstrated his mastery as a player of the tumbadora and bongo; also in this period he recorded several albums of Cuban folk music with Mongo Santamaria.

In the 60’s he joined the quintet of vibraphonist Cal Tjader, with whom he remained for several years and with whom he popularized Chano Pozo’s Guachi guaro. In the 1970s, he joined Mongo Santamaría’s orchestra, with which he participated in the Montreaux Jazz Festival in Switzerland.

Later he worked with Carlos Santana’s rock band, in which he remained for 17 years, until his retirement from artistic life in the 90s.

He possessed a great capacity to obtain the most unusual sounds of the bongo and the tumbadora, and distinguished himself for his extraordinary solos on both instruments. 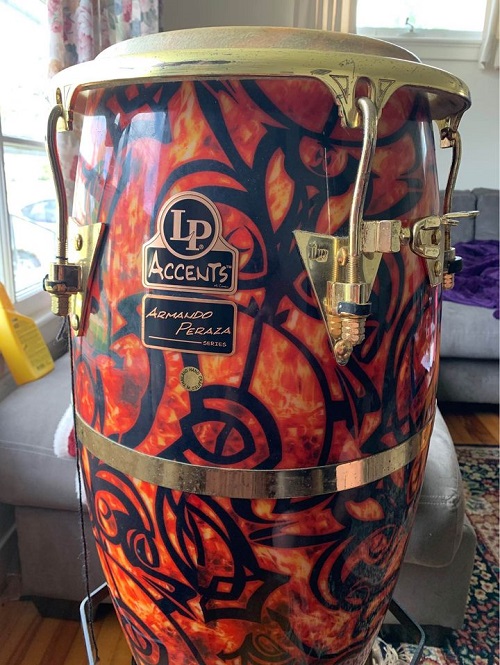 He died on April 14, 2014 in California, United States, as a result of pneumonia.