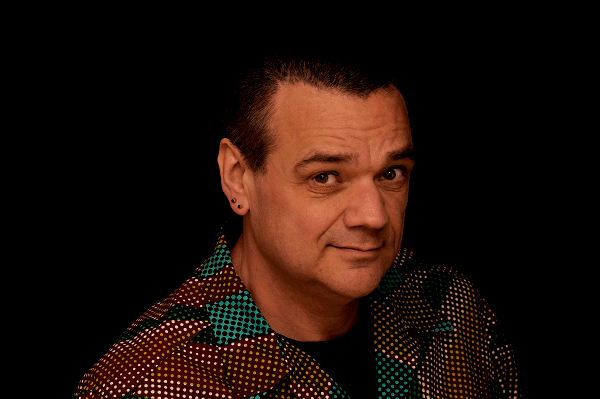 Michiel Braam presented XYZ at the Music Meeting Festival. “The festival takes place in Nijmegen, where I was born (1964), grew up, and still live”. Foto: Marjan Smeijsters

Virtuous pianist, masterful producer, and surprising composer. Winner of the Podium award (1998) and Boy Edgar (1996/1997). Musician trained by conviction and at the ArtEZ Music Academy in Arnhem. His lifestyle is synchrony between freedom, creativity, teaching, and love. It is how he presents us his life and his works in Nijmegen, Michiel Braam.

This friendly artist with a protective childhood where love prevailed always had the support and freedom to develop and create everything he considered necessary to him. Michiel is the only one in his family who turned to music professionally, but the rhythm of melodies runs through his veins. His parents played the piano self-taught. His mother wrote notes while his father just improvised.

During high school, he participated in a band for which he wrote and arranged all the music. He studied at the conservatory and founded his more minor quartet Bentje Braam (“Little Band Braam”) in 1985. In the same year, he traveled with his band to Sweden to be the first Dutch group to open the EBU Jazz Festival and wrote his first composition for the Dutch radio “Cows and Beasts”. A year later, he created the band Bik Bent Braam.

“Music is, as long as I know, everything to me. I feel better with music. I dance when I’m happy, and music comforts me when I’m not doing so well… It seemed like a logical step to pursue what I enjoyed most.” Michiel Braam https://www.michielbraam.com/

By 1988 Braam had had no contact with Latin music until percussionist André Groen asked him to be the pianist for his Orquesta Europea de Danzón. In this regard, this wonderful pianist told us: “He wanted a pianist who had a wild free Jazz attitude and who didn’t only play the well-known Latin patterns because he thought that fitted better with the authentic Cuban music. That music immediately appealed to me, especially because of its rhythmic impact, but also because as a pianist, you have a lot of freedom to go in all directions during improvisations. I have touched on those Latin patterns to some extent and in the course of the 10 years that I played in that orchestra I managed to master them better, but it was mainly the combination of freedom and rhythm. That orchestra lasted ten years and we celebrated the thirtieth anniversary in 2018 with a couple of concerts. Great to do that again and I felt again exactly why I found it so appealing back then”.

This pianist, the architect of great projects, built a party based on the Latin alphabet of Western culture on the album XYZ released in 2020, creating a danceable mix that includes Mambo, Rumba, Son, Danzón, Boogaloo, Calypso, Rumba, Bembé, Mozambique, Samba, Afro, Bolero, Cha-cha, Merengue, Bembé, and Samba. Michiel is also the Director of the Jazz and Pop department of the ArtEZ conservatory and founded a Danzón orchestra. Now, I leave you with the rest of this wonderful interview that I had the opportunity to do with the great Maestro Michiel Braam. Enjoy! 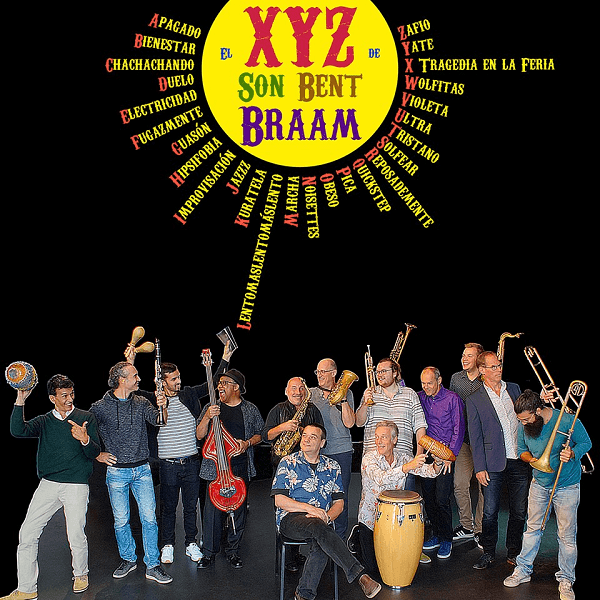 They have played on the ZomerJazzFiets tour, North Sea Jazz, and Bimhuis. Likewise, some of the members of the orchestra are fluent in Spanish.

– How did the idea of the Latin jazz album XYZ come about?

In 1995 I wrote “The XYZ of Bik Bent Braam” for my big orchestra at the time, Bik Bent Braam (phonetic Dutch for “Big Band Braam”). I thought it would be fun to make a festive version of it to celebrate the 25th anniversary. The XYZ was (and is) a 26-part suite, with a piece for each letter of the alphabet, starting with Aardedonker (English title Atramentous, Spanish Apagado, both not exact translations…) and ending with Zwoerdspek (Zaftig, Zafio). I revisited all the pieces in 2020 and paired various styles with the original material. In the 1995 original, they were mostly jazz-like styles (bebop, free improv, swing, jazz ballad, etc), but Chachachtig was a rumba even then. It is the only piece that has not changed its mood substantially.

– What happened to the previous members and how did the new members take hold?

The original orchestra Bik Bent Braam was composed of top musicians from the Dutch improvised music scene. The orchestra existed from 1986 to 2013 and had a number of lineup changes. In the final version of Bik Bent Braam there were only a few members left from the very beginning. That the musicians of Bik Bent Braam could read well was not really a requirement, the core was affinity with swing and great improvisational skills. For this new version, it was important not only that the musicians were excellent improvisers, but also that they had to have a feel for Latin music and also that they were outstanding readers, because I did not foresee that there would be very much rehearsal time and the notes are quite challenging. Bik Bent Braam was subsidized with government funding and I could then easily occupy a longer period with many rehearsals. Son Bent Braam, the current line-up, does not have its own subsidy, so we have to look at each concert and hope that everyone can make it. There have been quite a few subs, and they too have to be able to improvise and read well.

– Tell us about your Danzón orchestra.

André (André Groen – Percussionist) wanted to immerse himself in traditional Cuban music. There is so much richness in the danzón with its fixed forms that pass by in each piece with the most beautiful melodies and the wildest spaces for improvising on highly danceable rhythms. We found the instrumentation with violins, cello, flute, percussion, double bass, and piano attractive. After ten years I got too busy with my jazz ensembles, by then I was touring all over the world with Bik Bent Braam and other groups and especially with my Trio BraamDeJoodeVatcher. I could hardly combine it anymore with the Danzón Orchestra and the great pianist Peter van Marle took my place, which made me feel very humble. The European Danzón Orchestra then existed for another year or so. I honestly don’t know why it stopped then. In 2018 we did a couple of reunion concerts, great fun to do.

– How many years have you been in charge of the Jazz and Pop department of the ArtEZ conservatory and what do you teach the new generations based on your experience?

I have been head of the program since 1992. It is part of a broad arts university and is located in a building that also houses dance, theater, fine art, applied art, fashion, and creative writing. As a head, I don’t teach very much… only when students very specifically ask for it a few hours of individual lessons per year and a few group lessons, and I also regularly give master students some lessons. My message is usually quite short and clear: there are millions of people who play an instrument excellently, and you can probably teach an orangutan to play Keith Jarrett better than Keith does himself, but – apart from the fact that that would be a fun YouTube hit – there is no point; in our music, it is almost all about an authentic voice, including all the shortcomings that are in everyone, which also make you a unique musician. Obviously, you must have many skills as a musician, but my life motto is that one’s deficiencies are far more important for one’s personality than one’s skills, and that attitude underlies my whole vision of art education. 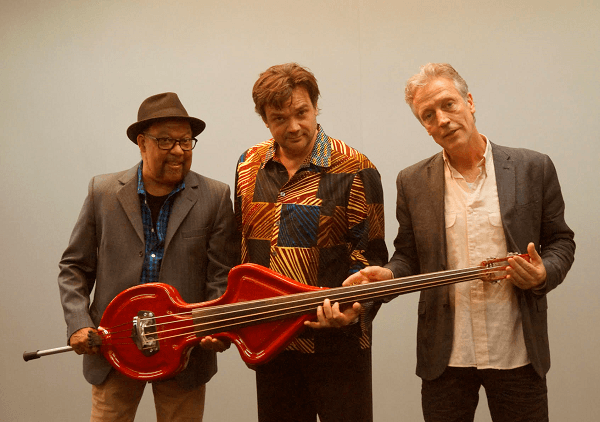 “With Nos Otrobanda have started to concentrate on the music of Noro Morales and have his composition Maria Cervantes (single) firmly in our program. His music will probably be the subject of our new album”. Foto: Marjan Smeijsters

– What are your next projects?

Everything is starting up again post-covid. I want to record a solo album on my grand piano, a so-called “Alurip”. That’s an aluminum grand piano made in the fifties with a specific sound. And the album of our trio Nos Otrobanda, which specializes in Antillean music, is almost sold out. That doesn’t matter obviously, if there are no more physical copies then you can always hear the music through iTunes, Spotify, etc, but it’s a great opportunity to make new recordings again and the intention is to go to Curacao and record music in the Fortkerk in Willemstad, the place where we did a couple of concerts in 2018. That was a great experience, what a nice place and sweet audience!

– How was the process to make a living from music?

I stuck pretty firmly to the rule that you have to do what you like and not let yourself be distracted too much from that. And I look for what it takes to make it happen. From 1996 to 2012 I received an annual government subsidy to realize my projects. I am also a real musician in the sense that I have a mixed professional practice (playing, writing, teaching, producing, almost every musician has roughly that mix) which means that it is always possible to make a living out of it and we never had to worry about bread and a place to live.

I make music mainly because I can’t do otherwise. Music is a way to communicate; it makes you a little better… Leitmotiv in everything is that in music, I am free to do anything I want. For example, I did play Purcell’s Dido and Aeneas with the exquisite reed quintet Calefax, also improvising on the various songs from that opera.” Michiel Braam