Europe welcomes Latin music events in the last month of summer this year with two impressive Salseras parties. During these events, the safety of the attendees will be guaranteed, will be an unbeatable festive atmosphere and lots of fun. So, don’t miss the opportunity to attend the Salsa Latina Istriana Festival in Croatia and the Cuban artist Maykel Blanco y Su Salsa Mayor’s European Tour, and enjoy the heat of August with your favorite Latin music. 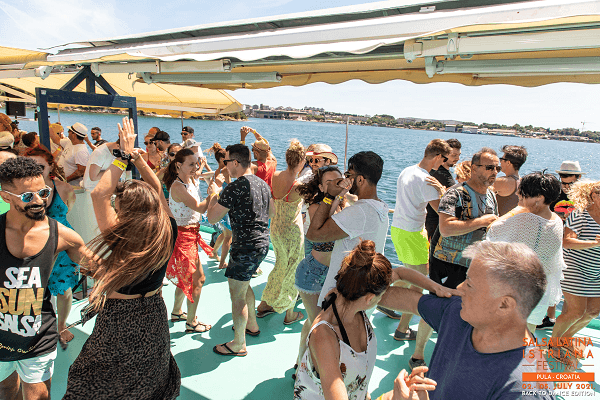 DJ Sergio, DJ Marc “El Mágico” and DJ Julián Duke will be in charge of mixing the greatest Salsa hits during the Festival

Salsa Latina Istrian Festival began in 2004 as a free dance workshop with 100 dancers who love and dance enthusiasts to promote Salsa and other Caribbean dances.

This year the eighteenth edition of this festival with tradition and support for the community of European dancers arrives from August 26th to August 29th with four Bootcamps, workshops (Salsa, Bachata, Kizomba, Semba, and Urban Kiz), international instructors, Masterclasses, night parties, boat and beach parties (the farewell party on Monday will be free), 12 famous DJs, two free social dances on four floors, and much more.

Salsa Latina Istriana Festival 2022 http://www.salsalatinaistriana.com will be held under the precautionary measures agreed for events and dance academies.

The workshops, as well as the night parties, will take place over three days at Dom Hrvatskih Branitelja, Leharova 9, in the center of the coastal city of Pula, Croatia, and the cost of the gold pass is €150. 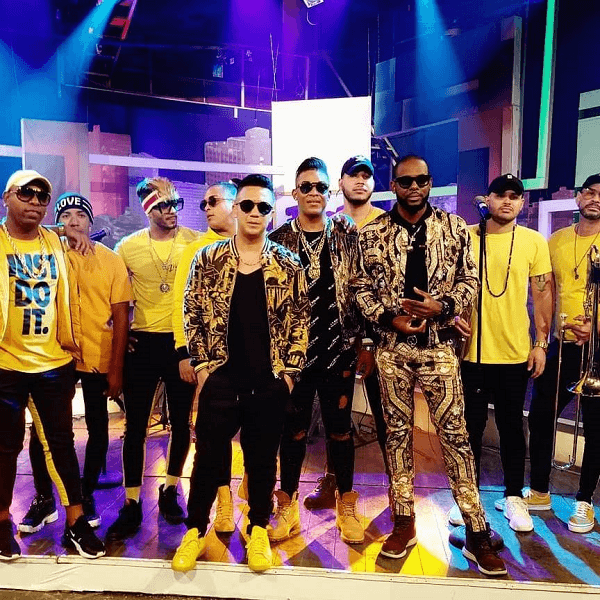 Cuban artist Maykel Blanco and his orchestra will continue their tour of Europe (Part 2) on Saturday, August 27th, at London’s iconic auditorium Electric Brixton with a special six-hour Cuban Salsa show. Javier La Rosa and Dr. Jim will be the evening’s Cuban DJs, while Osbanis and Anneta (Cuban Salsa Dancers and UK and World Champions) will lead a Cuban Salsa class for all levels.

On Sunday, August 28th, they will visit Glasgow (United Kingdom) at The Garage (nightclub) and will end their tour on September 9th at the Transformatorhuis event venue located in Amsterdam (Netherlands).

Maykel Blanco y Su Salsa Mayor made their way into the Havanera capital’s music scene more than a decade ago. This popular band in Cuba combines catchy lyrics with irresistible arrangements that get dancers, fans, and onlookers moving on the dance floor.

They currently have two great hits playing on the popularity charts of the most important radio stations on the Afro-Caribbean Island, Ya Tú No Coronas (2019) and Qué Hace Que Te Mueve (2019).

“Maykel was born in San Leopoldo, a neighborhood of the Centro Habana municipality in the Cuban capital, on January 21st, 1981, the year that began a decade of splendor for Cuban popular music. With academic training at the Guillermo Tomás Music Schools and the Amadeo Roldán Conservatory, at the age of 17, he joined the orchestra “Abel y la Seducción” and a year later created, “Suprema Ley”, thus starting his outstanding career professional.

At this stage, he arouses the interest of the Spanish record label Envidia Record with which he signed his first international contract. With this record company, he managed to produce more than ten phonograms for his group and various other artists, including Tirso Duarte. He also participated in the recording of 40 albums as a percussionist in various productions and created music for various “Latin Jazz” groups, such as “Havana Express”.

Maykel decides on October 10th, 2004 to make his big debut with his new orchestra “Maykel Blanco y Su Salsa Mayor”, made up of talented musicians, who graduated from various art schools in the nation.

Since then and up to the present, he has devoted his energy, creation, and musical talent to this interesting project. Thus, allowing his professional career to continue on the rise, as a pianist, percussionist, composer, music producer, arranger, and cultural promoter reaching a high level of popularity and prestige, in Cuba and the world”. Fragments extracted from Maykel Blanco biography. http://www.maykelblanco.com/