She is the second daughter of Mr. David Breton and Mrs. Maribel Breton.

When she was a few months old, her family moved to Santo Domingo East in search of better opportunities. She was always a happy child, intelligent and very dedicated to her studies. 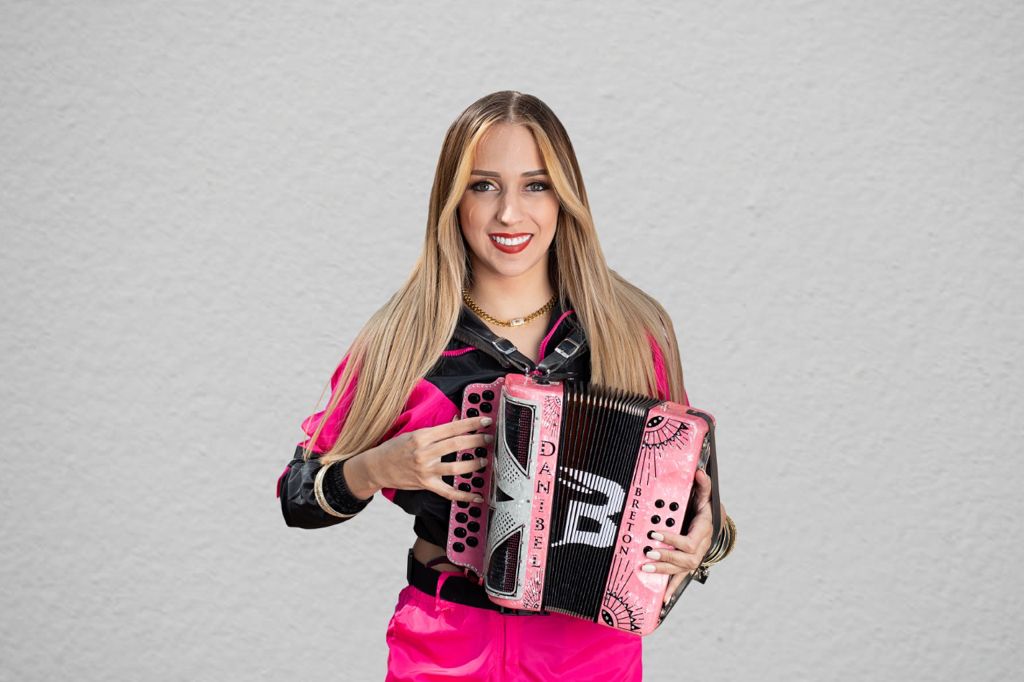 Her mother recalls that in her first years of school when Danibel arrived home she immediately took out her school supplies and began to do her homework.

She has always shown a vocation for painting, the arts and she loved to sing and dance. She participated for several years in the dance ministry in her parish.

His interest in typical music was born at the age of thirteen. Accordionist Reyes Pilarte would go to La Barbie’s house to teach her father, David Breton, how to play.

One day after witnessing several accordion lessons Danibel asked her father for the accordion and performed the merengue “El puente seco” much better than her father. After that day she started taking weekly accordion lessons with Reyes Pilarte, a native of Los Bombones, Santiago Rodriguez.

Her first stage performance was at El Rincón Santiago Rodríguez where Bartolo Alvarado El Ciego de Nagua, gave her the opportunity to play for the first time.

Maestro Bartolo Alvarado was very impressed by her playing at such a young age. When he felt Danibel’s face with his hands, El Ciego de Nagua said: “She is a doll”, and from there Danibel Breton’s first artistic name was born: “La Muñeca del acordeón” (The Accordion Doll).

A few weeks later they discovered that there was already an accordionist with the name “La Muñeca”, so Danibel Breton was baptized as “La Barbie del Acordeón” because of her similarity to the popular doll with blonde hair and light eyes. 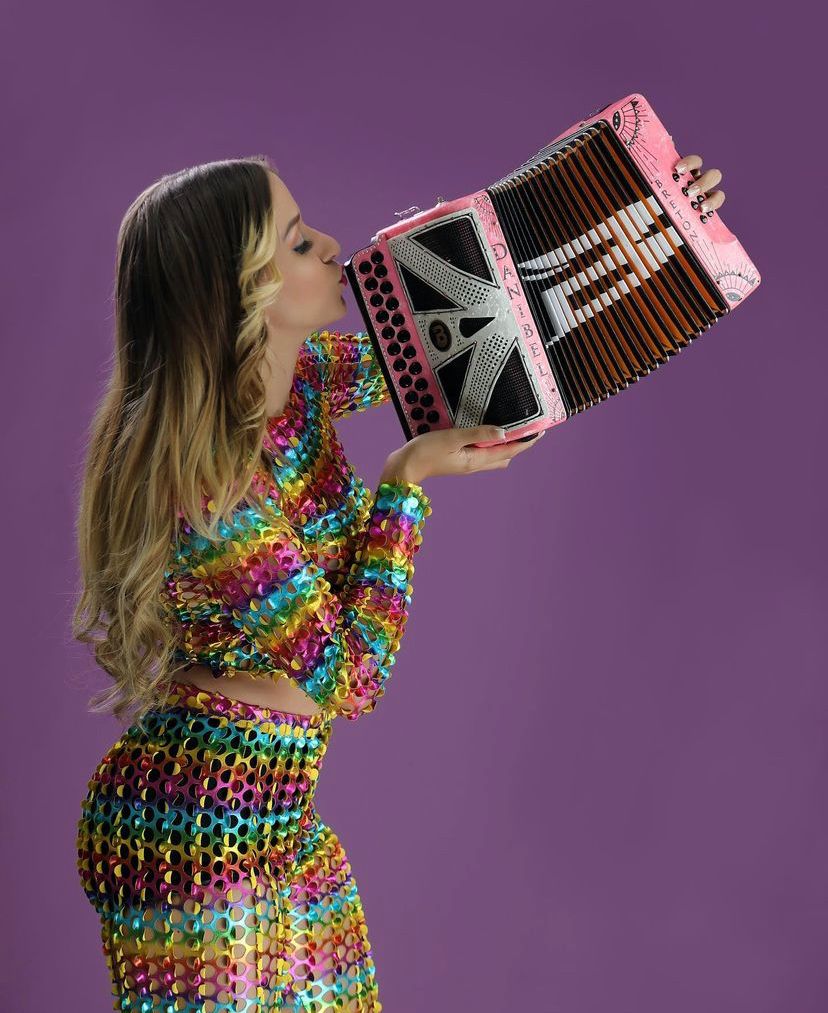 Other artists that gave her participation on stage before she launched herself professionally were: Narciso El Pavarotti, Manny Jovany, El Prodigio, La Reyna Maria Diaz, Banda Real, among others. These presentations helped her to grow as an artist, to fall in love with the stage and to discover her passion for typical music.

Along with her music, accordion and singing lessons, Danibel Breton studied English, Voiceover and Accounting before working professionally in music. At the present time she continues to receive singing lessons and is studying law, which she started at the Universidad Católica del Este (UCADE) and continued in Santiago at the UAPA University.

Since she wrote her first merengue with the help of her father and older sister, she and her family have dreamed of launching the musical project of Accordion Barbie.

As God’s timing is perfect, the opportunity to start the project professionally presented itself at the beginning of 2018, when David Breton, Barbie’s father and an ensemble of typical music professionals carefully selected each of the musicians and arrangers that are part of La Barbie del Acordeón. 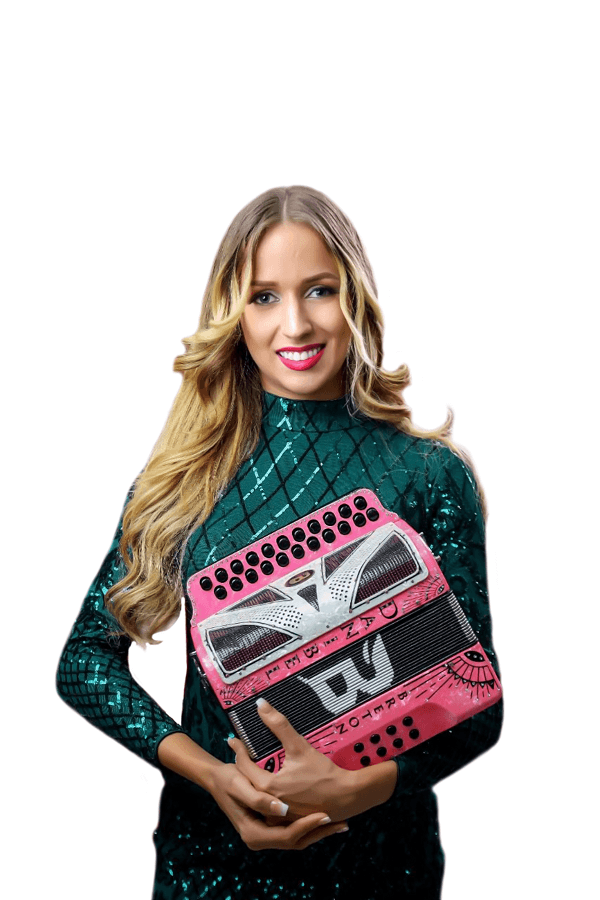 For her, playing typical music is an opportunity to represent Dominican women in the new generation of perico ripiao artists, to preserve the merengue derecho or “de línea” and at the same time to make modern songs to captivate a young audience.