We are honored to present in this new release, one of the most outstanding figures of Latin music, representing the brother country of Peru, who has put the name of the musicians born in Inca lands very high in the world.

With you, directly from France, we have as a special guest Wálter Antonio Rebatta Hinostroza, a brand new and spectacular percussionist, who was born on September 14, 1973, in Bella Vista, Callao, Peru, being artistically known as “El Chato”.

Welcome Wálter to Salsa Escrita “La Columna Salsera de Barquisimeto, Venezuela”. It is a great pleasure to have you as a special guest in International Salsa Magazine, www.SalsaGoogle.com. 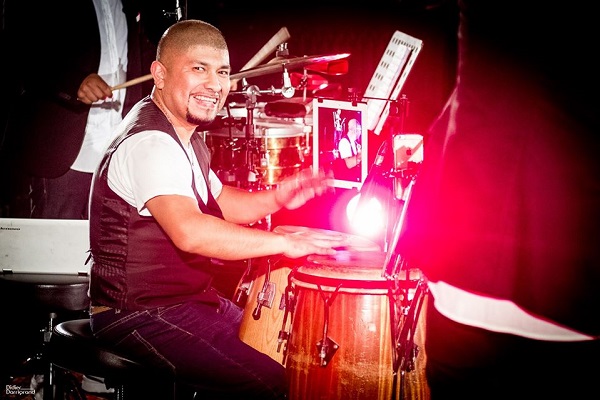 Thank you very much to you, my friend, Professor Carlos, for the invitation to your well read and recognized column and I take this opportunity to give a sincere greeting to all Venezuelans who are like my brothers.

How did you start in music? Well, teacher in my neighborhood called Ventanilla, in Peru, I grew up and since I was a child I breathed musical air, where at the age of 6 years old I was already playing “El Cajon”, traditional Peruvian Creole instrument, under the tutelage of my older brother Kike Rebatta, who took me later to learn other percussion instruments and prepare me with music theory, and then enter the music school of the renowned teacher Edelmi Chavez, and thus join the ranks of the most renowned orchestras in my country, such as: La Iniciativa, Orquesta la Grande, Banana Latin Jazz, among others.

Wálter, which international orchestras and artists have you accompanied? I have accompanied and worked with “Los Hermanos Colón” from Puerto Rico and among many groups, I have had the honor of being on stage with my Venezuelan brothers, Hildemaro “El Sonero del Amor”, with whom I have a great friendship, as well as with the master timbalero Alfredo Villamizar, from whom I have learned a lot and from whom I must thank through his column Salsa Escrita. “Chato”, you are currently based in the French city of Grenoble and we would like to know how is the salsa movement, especially in Europe. In fact, professor, in 1995, I came to Europe with the “Orquesta Salsa Perú” and I met Mr. Rodolfo Guerra, with whom a great friendship was born and I became part of the “Orquesta Sincopa Latina”, directed by him, being present in his productions: Salsa que te pasa, Demasiado corazón, Mi bachata, Puerto Rico, Todo, Escándalo, Mi silencio, Mi toque, Habla conmigo and Azafata. Wálter, I have heard that you have accompanied great salsa artists in their presentations, tell me who? I have had the honor of accompanying the late Tito Gómez, Willie González, Luisito Carrión and the great Venezuelan sonero Orlando José Castillo “Watussi”.

Also, let me tell you professor, that I have worked in the Italian television Media Set, in the very popular program “Notte Vola”, also in 2002, I participated in the Tour of the Queen of Salsa, Celia Cruz, along with the orchestra of the prestigious world famous violinist Alfredo de La Fe.

Likewise, my friend Carlos, in 2004, I performed in numerous events with Latin jazz groups, among them “El Royal Cuba”, of the Cuban musician and singer Eduardo Céspedes. 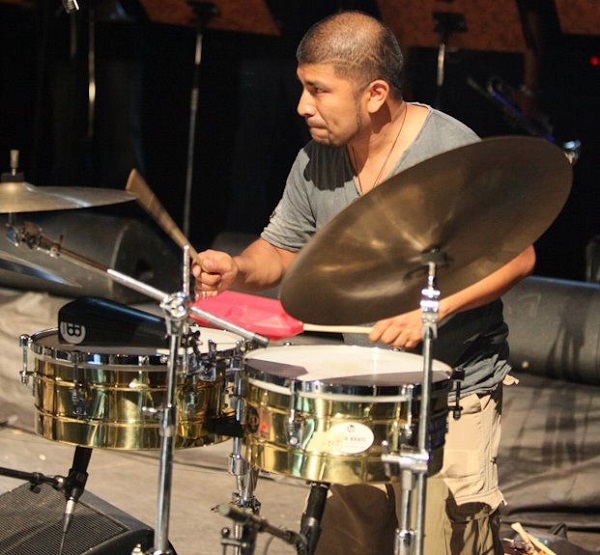 Excellent Wálter, and what can you tell us about the orchestra you are currently working with and what are your future projects? Professor Carlos, at present I am an official musician of the renowned orchestra “Mercadonegro” and in relation to my projects, is to form my own group and perhaps dabble in bachata, but without leaving aside the salsa, since living in Europe I have met many bachateros. And something very important, my friend Colmenárez, I am also working on the project of my Venezuelan compadre, the musician Edwin Sanz, whom I would like you to interview at some point.

Very good Wálter, congratulations for your career, what are your contacts on digital platforms?  My Facebook is: Wálter Antonio Rebatta Hinostroza and my whatsapp: +41 77 5122633.

We want to wish you the best on behalf of Salsa Escrita “La Columna Salsera de Barquisimeto” and that you continue to put the name of Peru on high in all the stages of the world.

Thank you a thousand times, Professor Carlos Colmenárez, for taking me into account and thus make my career known and offer my greetings, thanks and respect to all the salseros of the world through International Salsa Magazine, www.SalsaGoogle.com and long live salsa, Peru and Venezuela, united forever…!