I am talking today with La Princesa de La Bachata Chantel Collado (https://www.facebook.com/chantelcolladoficial), who is an immensely talented artist. I understand she is a resident of Canada and is of Dominican descent. Thank you so much for accepting our invitation, Chantel. We learned that you are in Italy at the moment, what are you doing there?

First of all, thank you for the invitation. The pleasure is mine. Certainly, I grew up in Canada, but I’m on tour around Italy and pleased to bring my music to this beautiful country. 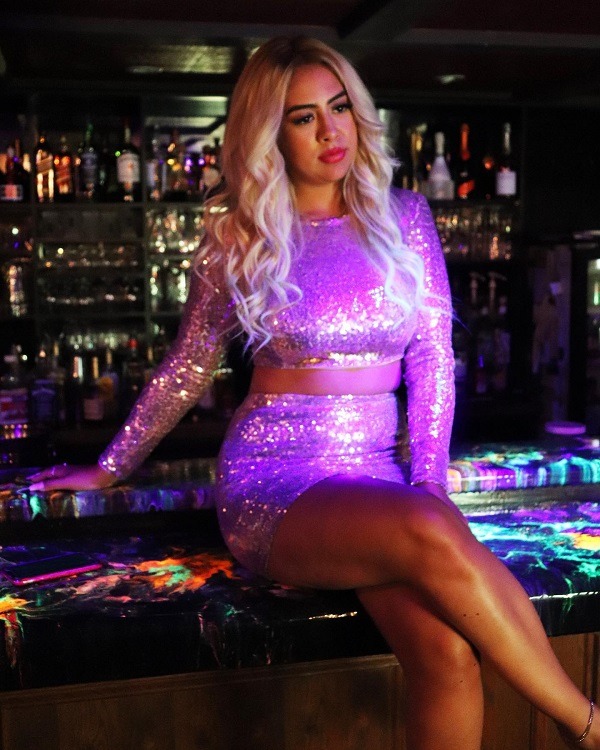 Chantel Collado was born in Canada, but her parents are Latino

Wonderful! How has reception towards your music in Italy?

It was amazing! Actually,I’m proud to see how both Italians and foreigners dance to bachata and enjoy it. Bringing this music to a country like Italy makes me very proud. It is a blessing to be able to travel, come, sing my lyrics and see how the audience loves them.

The nickname people you are given caught my attention. Where does La Princesa de La Bachata come from?

People give me that name when I went to London to give a concert. In view of the lack of women in the genre, I think it was easy for the public to call me that. For me, it’s a great honour for me to represent the genre, being a woman and a Dominican, since there aren’t many women who sing bachata.

Precisely because there weren’t a lot of women in the genre, did you feel a strong competition? Did you feel like you weren’t taken seriously?

Being a woman can complicate a few things. Thank goddness, men in the genre have also given me the opportunity and supported me, such as my musical godfather Frank Reyes, who is someone I admire. He is a bachata icon in the Dominican Republic and an example of a man who has supported me in my career. I had the opportunity to record a song and a music video with him.

I have received a lot of support from my colleagues and I am very happy to receive that support.

Who have been your musical references in and out of bachata?

I really like Romeo Santo, The King of Bachata. I grew up listening to exponents of Dominican bachata like Frank Reyes, Luis Vargas, Hector Acosta and Juan Luis Guerra. Outside of bachata, I have always liked Beyonce because of her stage presence. Regarding artists in this generation, I also really like Karol G. 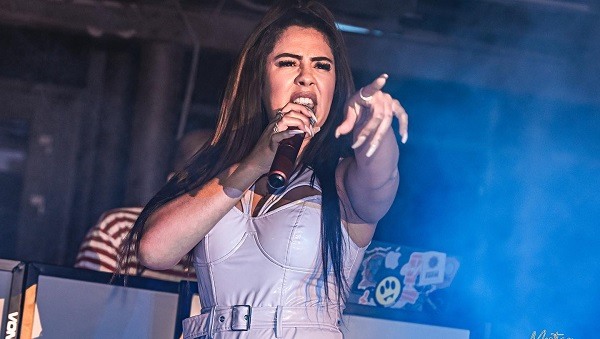 Have you experimented with urban or more modern rhythms?

Of course! I love to experiment and change from time to time. From a very early age, when I started singing in a competition in Los Angeles, I sang a cumbia by Selena titled Como La Flor. I have an urban song called Así. I’ve also sung salsa and I have merengues. What I like most is bachata, but for my generation, I listen to much urban music.

According to your biography, you decided to pursue a career in music after a talk you with your father, who also supported you very much in this regard. Can you describe that moment?

I grew up watching my father on stage as a director, musician and singer. From a very early age, I went on stage and sang with him. My brother is also a musician, so I think it just was natural for me. I didn’t know it’d like it or take it seriously as a career, but it was when I turned 15 that we decided to focus on music.

I was also performing and participating in musical theater, so I was singing, performing and dancing at the same time. When I turned 15, we decided as a family to focus on only one thing, which would be music. That’s how I started writing songs with my brother and we’ve been going at it for the last 14 years.

Your father is Dominican and your mother is Uruguayan. Do you think that coming from a Latin family has pigeonholed you or on the contrary?

Quite the opposite! It expanded my horizons. I grew up in Canada, speak English and, try to incorporate this language into my music. I’m of Uruguayan stock and even if people don’t listen to bachata in that country, I chose that genre because I listened to it all the time and I love it. I think that all this mix of countries expanded my horizons and I don’t feel that singing bachata is an obligation for me because I love doing it. 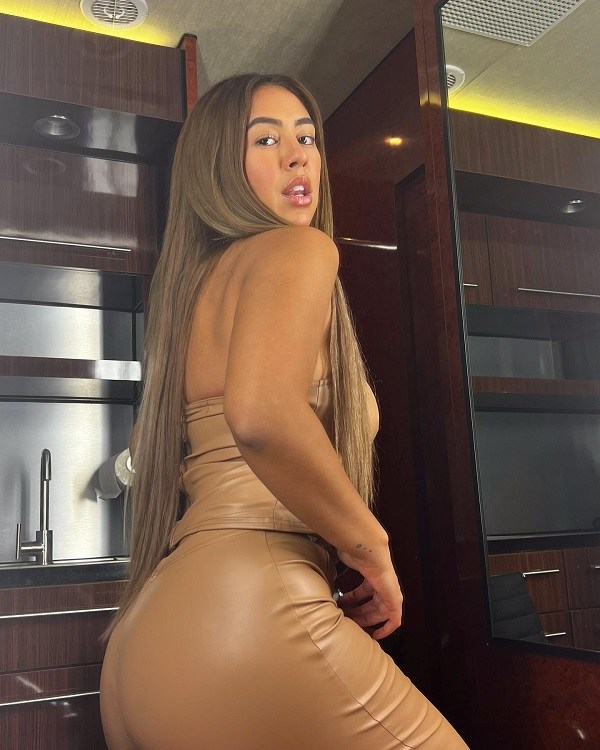 Her father and brother supported her a lot during her career

What did you do during the pandemic?

The pandemic was very difficult for me and all the artists in general, but I tried to focus on writing new music. I don’t know where I got the inspiration, but I recorded a music video with my mobile, which was made for my song Contigo o sin ti that you can find on YouTube. I did my own makeup and my own hairstyle for that day, put my IPhone on a tripod and got it all. I had to find thae encouragement to move regardless the situation.

Fortunately, I returned to the stage to sing for the public after two years.

In which countries are you touring now?

I am touring only in Italy. We’ve already been to two cities and we have two more to go to complete the tour. Then I will return to Canada, rest for a week and travel to the United States to continue touring.

Do you plan to tour Latin America?

I’ll be happy to do so. In fact, we already have some tentative dates in countries such as Colombia and Mexico. Let’s just hope that everything will happen because it would be the first time I brought my music to those corners.

How is urban bachata different from traditional bachata?

I think urban bachata is a movement that is starting to develop. My generation listens to a lot of urban music and an example of this is Bad Bunny, who is killin’ it right now. If we want bachata to evolve a little bit, we have to add a little urban touch and that’s what we’re doing. I think traditional music will never die because it is our main genre in the Dominican Republic, but it can also be made enjoyable for present generations, adding a little urban touch.

Speaking of urban artists, who do you want to collaborate with someday?

As for traditional genres, I would like to collaborate with Anthony Santos on a more traditional song in my genre, bachata.

A message for young girls who want to dedicate themselves to the same as you.

I’d advise them to follow their dreams. I started in the music industry at a very young age I have achieved many things in the last 10 years. As a woman, I’d tell them to keep going because we are living in a time when women have more attention than ever before. We’re strong, independent and we can do anything we want. 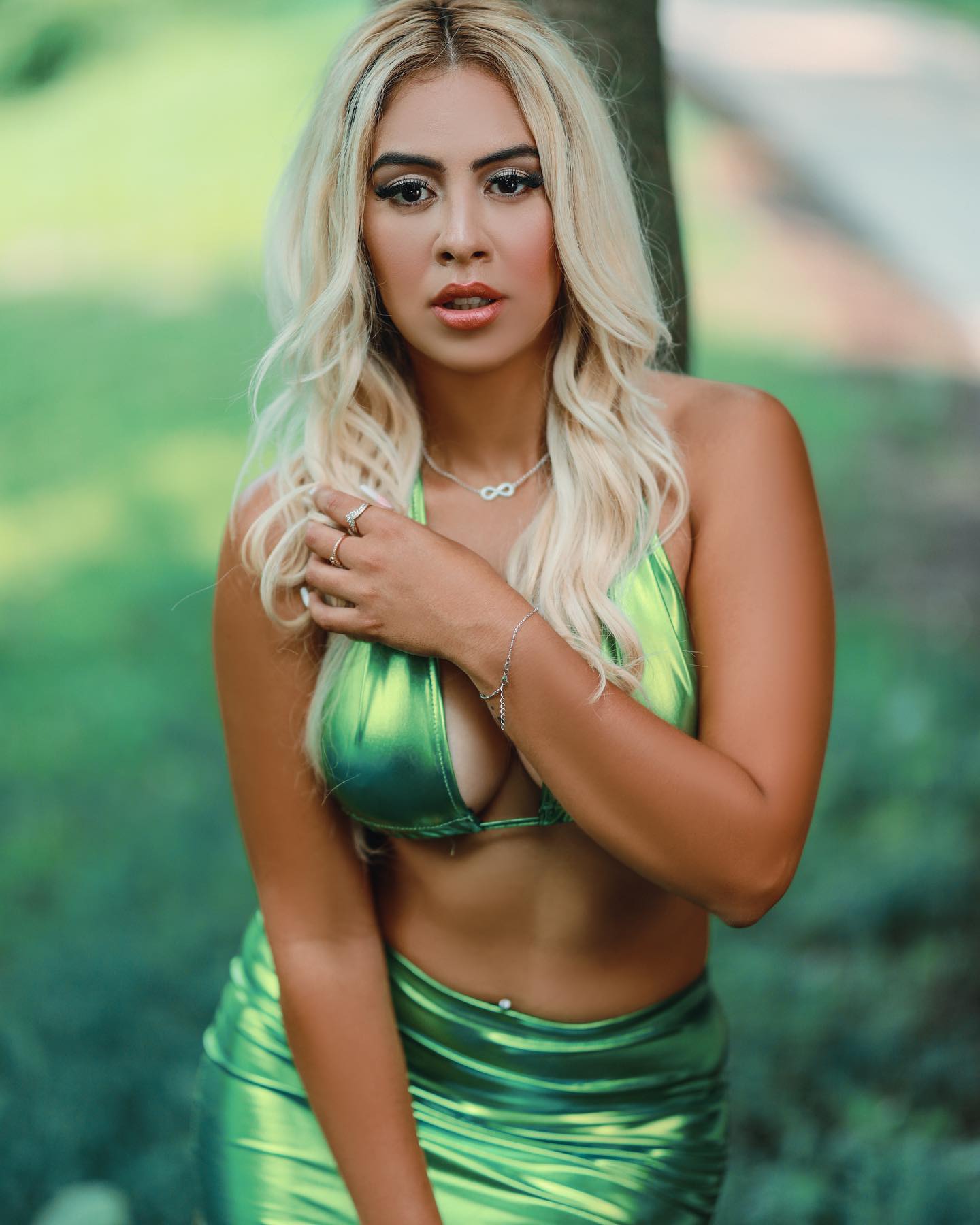 Chantel at a photo shoot