How his career started

We have here Fernandito Rentas, who is a Puerto Rican salsa singer. Good afternoon, Mr. Rentas, how do you do?

Good afternoon. Thank goodness, i’m doing just fine right in good health and working hard. We are doing what is done daily, which is my regular job, but on the other hand, we are making the music that I would be able to do up to the present time, or rshould I say, musical projects. 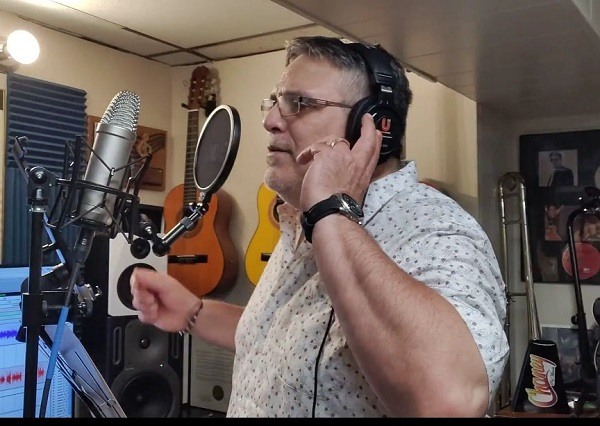 Fernandito Rentas recording one of his songs

You come from Ponce. This is a city from which many famous Puerto Rican artists come, especially in the salsa genre. Do you think that coming from that city had something to do with the road you would take later on?

Ar some point, yes because that influence was around me since I was a little boy. I have always been interested in music and sports, but I enjoyed more of music. I don’t come from a family of musicians as far as I know, but my biggest influences come from distant relatives like, for example, Mr. Esteban Tato Rico Ramírez, who was a singer in the orchestra La Solución.

Basically, what I remember most about my childhood is that it was from there that I became interested in music. At the same time, I would see my parents dancing at parties and there was all that excitement and feeling of celebration. The church and its chants were also important in that regard.

Those were earlier influences, but it was from the age of 7 that I began to understand tropical music. As time went by, I got more interested in it. I couldn’t take music lessons due to economic problems at that time, so I did everything by ear. I do remember that there was an instrument I liked a lot when I was in elementary school, which was marimba. I was strock by it, which led me to join a group of classmates at school who practiced in the school canteen in the afternoon. I also remember my music teacher, Mr. Fermín Torres, who was from the Adjuntas or Coamo area in Puerto Rico, but he was well known in the musical area of the school system.

I didn’t really jump right into music until a few years later because our family moved to Florida, where I began to look out for other interests such as the US Armed Forces. When I graduated from high school, I joined the army and there I met other colleagues from my homeland, which made me reconnect to Latin music. I was not only focused on music of Puerto Rico, but also from Colombia, Venezuela and other countries. 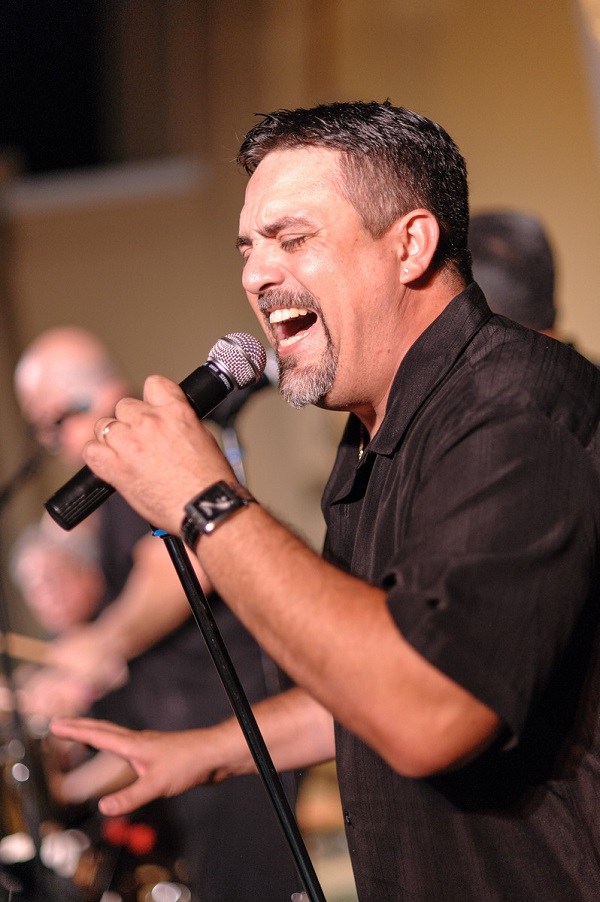 My idol as an artist in the genre has always been Oscar D’ León since the first time I saw him when I was 7 or 8 years old during the patron festivities in my village. When I went into the army, many colleagues who were already veterans in this issue helped me to train me. The first person I met was bass player Héctor Cruz, who I say was my godfather in music. That was in Germany when I served on the force in 1989. When I returned to the United States, I went to North Carolina and began to succeed in music step by step.

I spent nine years serving in the South Korean peninsula, where I was blessed to pull together a group of musicians and perform live music with many fellow musicians, including Korean friends I made there. I returned to the United States in 2011 and thank goodness I stay on this. These days, I had the opportunity to connect or lift me up from where I were and do something different. What I was looking for was to create my own productions with the music that I like, so that’s what I’ve been doing these last two years.

You were part of various groups including Orquesta Mambo Son, Grupo Descarga, among others. When did you decide to go solo and create your own productions?

I decided to do it in 2020. I had already had this interest for many years and was always seeking the opportunity to break the ice through groups. I was looking to take part in the production of a group I was with and start from that point, but unfortunately none of my groups managed to get into production.

I finally got the chance with the pandemic, as I started to be able to be interacted with colleagues and friends through Facebook and connect with musicians from around the world. Then, other comrades who were also in the armed forces told me about Mr. Robert Requena, who is a Chilean who lives in Medellin, Colombia. 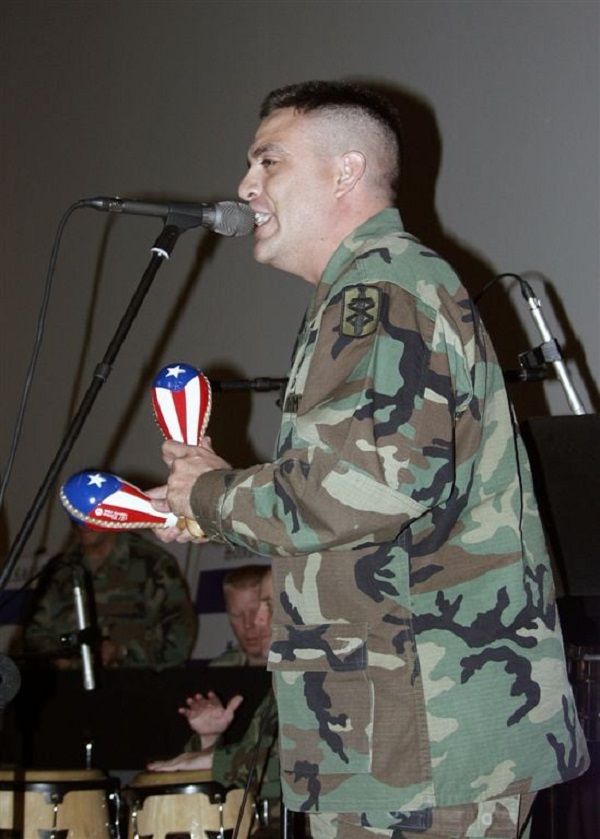 Fernandito Rentas in his military uniform

When I wanted to do things differently adapting myself to the new era, they put me in touch with Mr. Requena and I expressed my ideas. Then, he was the one who showed me the first composition for my first song, which we titled Bailando debajo del agua (Dancing under the water). The thing is that this song is based on an event that happened here in my house, which I told Requena about and we used it for the song. Then, we talked about its musical bases and what I was looking for in my future songs, so he came up with the formula. Today, we are working on my sixth record and thinking about releasing it in June, but there are seven others that are being created right now.

Seeing as your career practically started with Covid-19, do you think the pandemic precipitated what you had in mind?

Well, in a way, yes. My desire to make a solo album is very old, but the 20 years in which I was serving in the armed forces limited me, thing that also happened to other colleagues who are also launching their own albums today, such as Arnaldo LaFontaine, Edwin El Calvito Reyes, Josean Rivera, José Rivero, among others. Arnaldo La Fontaine, Jose Rivero and I were singers in the same orchestra in the southeastern United States during the 1990s.

My interest in being a soloist was present for a long time, but the opportunity to do so did not come until I made use of technology. I can tell you that all my albums are being made in Medellin, Colombia. All I do here in New Jersey is go to the studio and record the voice. That advantage that we have today really helped us and, at the same time, the arrival of the pandemic has prevented us from going to other places to bring our talent. I have accumulated unimterrupted 33 years of career, but the pandemic prevented us from going out and locked us up at home. It was there when many other artists began to take alternate measures to be able to continue reaching people.

In any way, I think we have turned this situation to our advantage in the best way that the Lord has not allowed. 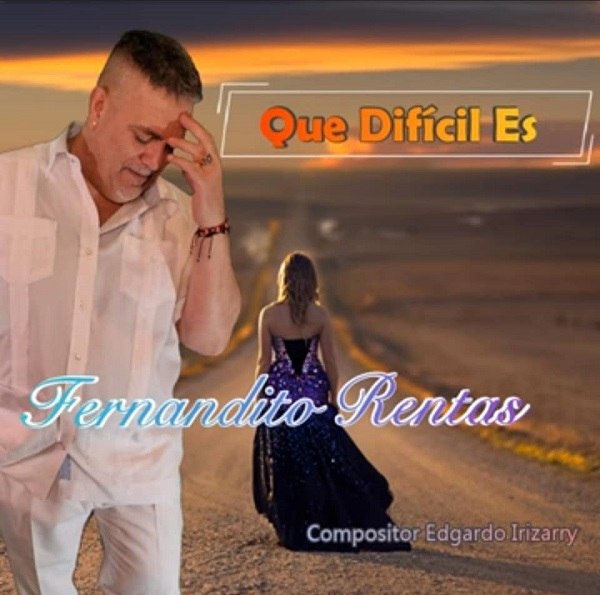 Based on advice that Mr. Requena gave me, I am releasing single songs. Nowadays, the matter of full albums has become complicated due to the lack of record labels and factories where these materials are produced. I would say that the idea of releasing singles was the best because you want to know if the public is going to accept or like the album. Instead of releasing all the songs at the same time, releasing one song at a time is more comfortable, less expensive and easier to work with. For the time beingt, I have no plans to release a CD.

How did you balance your musical and military activities?

I had to balance them because our obligations and priorities in the military service are focused on the mission and commitment to the defense of the country. During our free time, we liked to clear the mind and do different things. We went to parties.

We felt great making music for our fellow soldiers, their communities and families. We were able to bring our Latin culture to the countries we went to.

Music was our main hobby and the to entertain ourselves on the weekends.

Karina Garcia
Interpreter translator for North America and Europe at SalsaGoogle
If you want to schedule an appointment with me:
https://calendly.com/karygarcia161