Where did Ismael Miranda’s artistic nickname “El Niño Bonito de la Salsa” (The Pretty Boy of Salsa), with which he became known, come from?

I liked to dress up and look nice for the presentations on one occasion I went to the hairdresser’s and bought a suit for the show when I arrived at the hotel, Johnny Pacheco said to me: ‘How nice, the pretty boy is late! As always.

And from that day on they called me “El niño bonito de la salsa” (the pretty boy of salsa). Pacheco gave the nicknames to everyone in the Fania All Stars.

Johnny Pacheco had a lot of faith when he came up with the idea of making this movie and it was a success.

People vibrated with our songs and we took advantage of 4 emblematic concerts to record it.

That’s how we have to walk through life. It is enough to know that we are doing things right to reap triumphs. Said the trumpet player and composer.

Perico also took the opportunity to tell where all that tasty Caribbean rhythm comes from, of which they are such good exponents. “The folklore of Latin American music was born in Africa”. He recalled the first time he arrived with La Fania to this continent. He still has in his mind the gesture of the Africans when he saw people from other parts of the world playing the congas like masters. We all felt proud, he said.

Miranda also recalled that on August 6, 1980, he arrived for the first time in Barranquilla to present a concert with Héctor Lavoe.

“We were used to performing on huge stages and singing with a well achieved sound; in Barranquilla there was nothing like that, but something magical happened, the affection and joy of the people infected us.

Hector and I gave a show of height, at the end we realized that we enjoyed it completely with all the people of Barranquilla.

During the conference, Perico Ortiz explained why he never recorded an album with Las Estrella de la Fania.

“I never recorded an album, but I participated in many concerts. At that moment I felt in my heart that it was time to sing and I told Jerry Masucci to give me the opportunity, but he did not see me as an artist, but as a trumpet player and arranger, so I decided to retire from La Fania and concentrated on recording my first album as a soloist in 1977 titled My Own Image”. 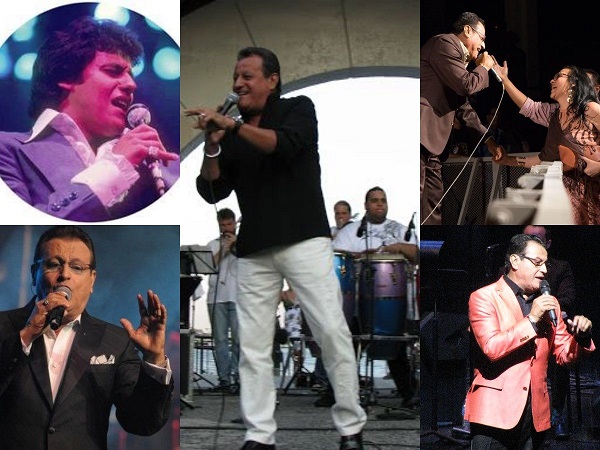 Ismael was born in Aguada, in western Puerto Rico, but as a child his family settled in New York. He began singing in English in school plays when he was only eight years old, and was even part of a children’s group called “Little Junior in the Class Mate”.

Soon after, he began taking singing lessons at a music school at 46th and Broadway, and then to improve his singing skills he studied with a music teacher recommended to him by Tito Rodriguez.

The environment in which he grew up helped him cultivate his love for music. First he wanted to be a percussionist and not a vocalist. That is why at the age of 10 he told his mother of his desire to buy a conga. Later he acquired a bongo, which resounded throughout the neighborhood. He got to play the conga in Andy Harlow’s sextet, and was part of the Sexteto Pipo y su Combo. But he finally turned to singing, for which he was assisted by Ismael Rivera.

He made his first recording in 1967 with José Luis Pastrana Santos, a musician, composer and timbalero from Santurce, known as Joey Pastrana, on the album Let’s Ball.