Good afternoon, we have here José Miguel Ortegón. He is a music producer, composer, DJ and violinist. Pleasure to meet you, Mr. Ortegón, how are you feeling?

I’m fine. Thank you very much for the invitation.

Your name is José Miguel Ortegón, but you are known as Sr Ortegón in artistic circles. Why?

I think that is a cultural tradition in the Hispanic world. Men are always called by their last name. That was natural and came spontaneously. Taking advantage of that señor is a Latin cliché, it was perfect for the work I was doing. 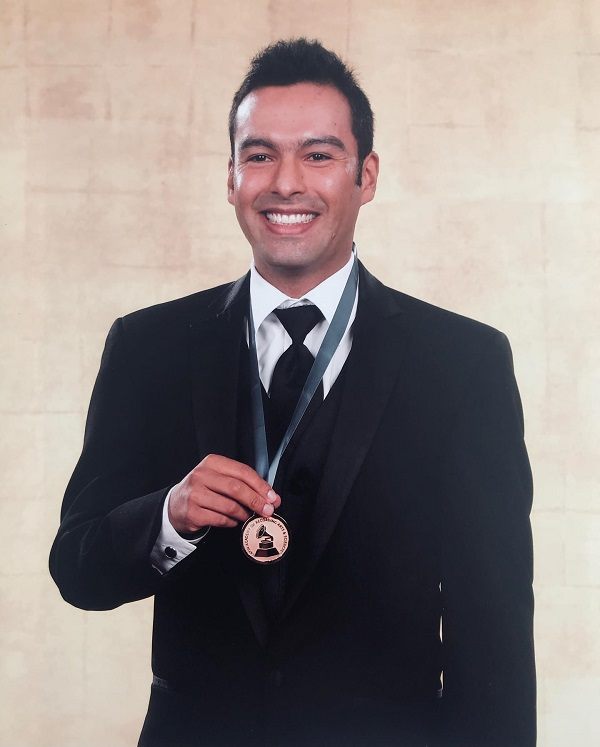 What was your first approach to the entertainment world?

I started recording with Guayacán, which is a salsa orchestra from Cali, Colombia. I received a lot of help from maestro Zumaque, who is a musician that does contemporary and classical fusion with Latin American rhythms. This was during my teens.

Then, you ventured into other facets, correct?

That’s correct. I started studying music at the conservatory when I was five years old and was in some rock bands. You know that our culture is divided into two musical styles in Latin America, which are classical and popular music. My first professional recordings came with the first computer we had at home as well as most of my generation. When the first computers came to our homes, the concept of music also changed.

How did you go from playing rock and classical rhythms to boogaloo and urban rhythms? How was that transition?

Cali has always been very linked to pachanga, boogaloo and charanga. Rock comes from blues and boogaloo is more or less part of the same trend, so it’s not uncommon for rockers to want to experiment with those rhythms I mentioned at the beginning. I also had teachers at the conservatory who taught classical music during the day, but played with professional orchestras at night. For me, that transition is inevitable. 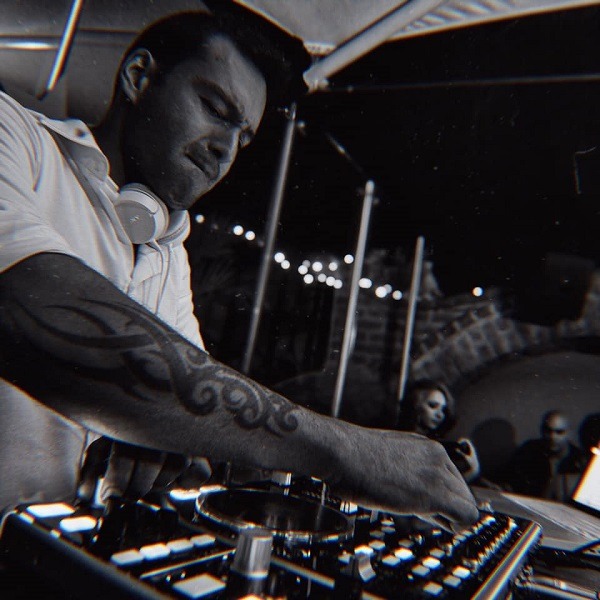 Sr Ortegón doing his job as a DJ

You have created music for series, movies, digital platforms, Disney, Netflix, animated series, etc. Did you think your career would go that far?

Thank you for your words. I make music. I have the same worry since I started in this world, I think I still have a lot to learn and maturing ideas, The truth is I never imagined it. I simply took the opportunity before me in Europe, where I was studying musicology at the Sorbonne. It is true that Latin music is very exotic there because there are not many Latin composers and producers.

At university, I got a chance to make music for a television channel. Subsequently, there was a snowball effect, a colleague who is now working in Hollywood contacted me for one of those jobs and that was my big opportunity. When I got the script, it was a Dominican series, which made me immediately discard salsa and mariachis. I thought about using bachata or something that really belonged to the Dominican Republic.

When you talk about Hollywood, it should be emphasized that there are several generations of Latinos born in the United States of any origin. A Cuban knows that a ranchera is not Cuban but from Mexico. Such a thing happenned a lot in the industry in previous years. The same rhythms and mixes were always used regardless of the Latin country involved in a production like, for example, West Side Story. I love that movie and think it’s excellent, but the music they used doesn’t sound Puerto Rican at all. That’s why I thought I should take this opportunity to respect the rhythms and traditions of each country. I know we all speak Spanish but each country has its own identity, so I respectfully take each rhythm and use it to make it authentic.

When you did music for any series or film, were you given parameters to follow or did you have to be free to experiment with your music?

That’s one of the best questions I’ve ever been asked because the vast majority of producers are American and not connected with Latin culture, so salsa and merengue are the same for them. I just tell them to trust me, send me some samples to guide me, we analyze everything and move on. If the director or the editor doesn’t like what I did, we reach an agreement. Nowadays, this process is easier because there is more musical and cultural education on the part of the producers in the United States. 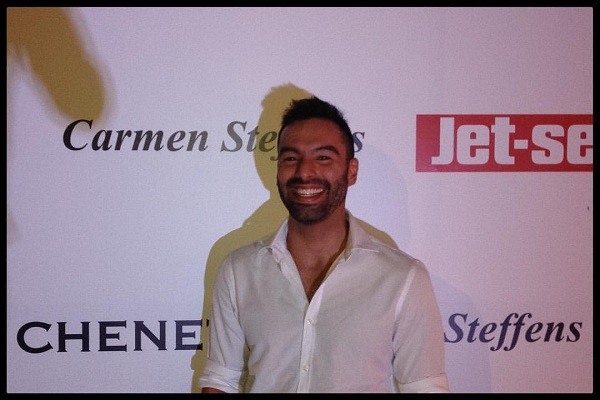 Sr Ortegón at the party in the Jetset Magazine

You were nominated for a Latin Grammy thanks to a mix of boogaloo and urban rhythms that you made. How did you think of it?

I’m 40 years old, so I spent my adolescence at the time when Californian hip hop was in full swing. Cali is one of the most Americanized cities in Colombia, so you were always listening to all those American groups and songs. Mixing all those rhythms with boogaloo has always seemed very interesting to me and I had no idea how to do that until I learned.

Since a mix between hip hop and Latin music is complex to make, a lot of people gsurrended and opted for reggaeton as culture. There are other groups such as Control Machete that have done an excellent job, but I felt they were lacking something. That’s how I started to learn, but it took me a long time because of lack of resources, since I didn’t have the right elements to respect the codes. So, I did a boogaloo song and a hip hop beat to mix them, which made me realize that they are sister rhythms. This work was very popular and even appeared in series and movies.

In fact, I heard about you from an email that included your new album entitled Latin Boogaloo Volume 2. I also listened to Volumen 1 and noticed the difference. What is the main difference between one volume and the other?

Volume 1 includes what I called Boogaflow, which is boogaloo with flow. Volume 2 is pure boogaloo. I tell you this because, for example, salsa is a term, but it’s really Afro-Cuban music made by Nuyoricans in New York if we go back to basics. Prior to that New York sound known as salsa, there was that phenomenon called boogaloo, shingaling or Latin soul.

I had to listen to disco to get to those rhythms because nobody teaches you anything about those genres. Unfortunately, those who created those rhythms are already dead or doing other things like Joe Cuba, Jimmy Sabater, the people from Sexta All Stars, Eddie Pamieri, Ray Barreto and many others. That fashion lasted about six or seven years and that was that. Every time I go to create a boogaloo, I have to listen very well because there are no scores or models to follow. Poncho Sanchez is one of the few who brings up the torch of that sound, although he is inclined more to Latin jazz.

I wanted to do a boogaflow, but my editor David Santiago proposed to me that we make two versions, one boogaloo version and the a little more acoustic one. What we were looking for was to please both audiences, the one who wants something urban and the one that wants something classic.

Which of the two volumes was more successful?

I know you have the answer (laughs). Volume 2 was the most successful. Number one has put me in touch with my salsa friends, but I didn’t want to tell them that I was going to make a volume two because boogaloo is not a very common rhythm. 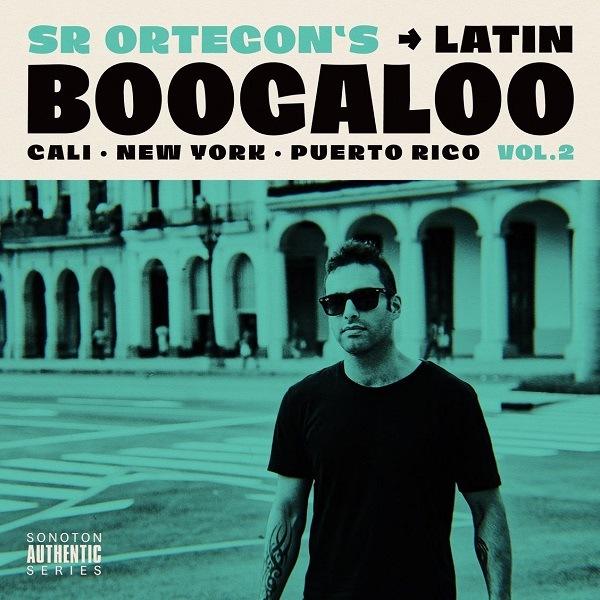