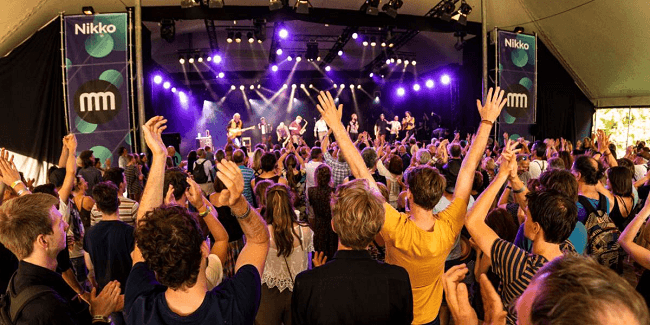 This year Latin America will invade the 37th edition of the Music Meeting Festival with Cuban music from Saturday, June 4th to Monday, June 6th at the Park Brakkenstein facilities. This park can accommodate 12,500 visitors and is in the Nijmegen city in the province of Gelderland. Nijmegen has more than 170,000 inhabitants (2015 data provided by the UN) and is very close to the border with Germany.

This festival in the Netherlands will have as its main theme this time Cuba Upside Down. In this event, around 30 concerts will be presented with the participation of established artists and new promises from the Cuban music scene, Spanish, and Brazilian.

Regarding the main theme of this edition, the Dutch trumpeter and Artistic Director of the Music Meeting Festival, Maite Hontelé, pointed out: “I would like to have been born in Havana, to have grown up with Son, Mambo, and even the beginning of Cuban Salsa modern, Timba. But I grew up in Haaften…although almost every day, I listened to Cuban music on cassettes and played it on my trumpet.”

The artists from the Afro-Caribbean Island that will converge at the Music Meeting Festival 2022 are:

The musical genius in the Salsera scene, Latin-Jazz and Flamenco, Alain Pérez will take the stage on Sunday, June 5th at 11PM for an improvisation party at the Jam. This show will last 50 minutes. Alain with the rhythm section of his orchestra will establish the basic rhythm to which countless musicians will join and improvise, bringing special guests for that day. Who are they? They are still a surprise.

After 24 hours, Alain Pérez returns to the stage, but this time with his young Orchestra for the closing day. They will perform for the first time on Monday, June 6th from 8:40PM to 10:50PM. Alain with this band of young Cuban artists brings a sound in which traditional Cuban music is intertwined with modern Jazz and Funk.

The same way will also join this celebration of Afro-Caribbean music Osain Del Monte with a group of young percussionists, singers, and dancers. They will recreate during their musical act a traditional cult with initiation rituals to be members of a secret brotherhood. This one-hour act will take place on the first day of the festival, on Saturday, June 4th, starting at 5:30 PM.

Likewise, Music Meeting Festival will feature the percussionist and singer Brenda Navarrete as a special guest in several musical presentations. Brenda has trained in Batá drums and has belonged to Latin Jazz bands such as Joaquín Betancourt and Alain Pérez, as well as in the Interactivo group, where Funk and Ska melodies are mixed with Afro-Cuban rhythms.

Cellist Ana Carla will also be brought to this stage of the festival. She will be on Sunday, June 5th from 8PM to 8:40PM. Her third studio album is Bahía and has influences from Cuban Son, Tango, Samba, Bossa Nova, Jazz, and even the classic French Chanson. She currently is touring for South America. 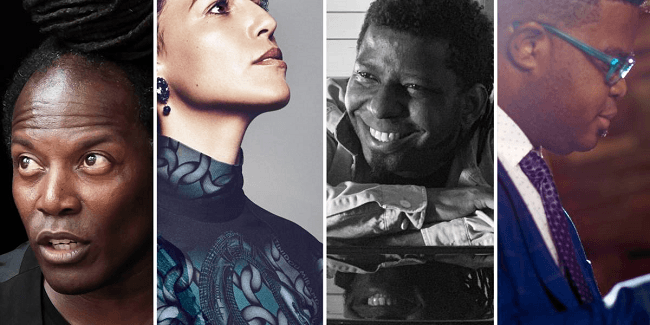 Joining this constellation of established and emerging Cuban artists on Sunday, June 5th, starting at 2PM, is the Ping Pong Piano project. This 50-minute musical project brings together the following virtuous of this instrument: Rolando Luna, Marialy Pacheco, Ramón Valle, and Ivan “Melón” Lewis, the latter winner of the Latin Grammy for Best Latin Jazz Album for his album Voyager in 2021.

The starting point of this “four-sided” meeting is spontaneous. It consists of placing two grand pianos on stage and letting four stellar pianists converse musically. There will be friendship, rivalry, confrontation, and harmony putting aside their impressive resumes.

“Marialy Pacheco is a concert pianist known for her duets with Omar Sosa and her contagious rhythmic interpretation. Grammy winner Ivan ‘Melón’ Lewis counters this with almost mathematical precision as the founder of modern Cuban Salsa, Timba. Ramón Valle swings across styles and feels best when given the freedom to let his Cuban heritage hang over the music. The quartet of star pianists is completed by the whirlwind Rolando Luna, one of the most important Cuban pianists of the last ten years, who became world-famous for his work with Omara Portuondo”. Fragment extracted from the Music meeting Festival 2022 website. www.musicmeeting.nl

This interesting congregation of artists will be completed by the Spanish trombonist Rita Payés, one of the emerging artists of the new era of the Catalan scene.

Tickets for the three days of the Music Meeting Festival in Nijmegen are €80 at the box office. It costs €34 daily, and for those under 16 who want to attend, the admission is free.