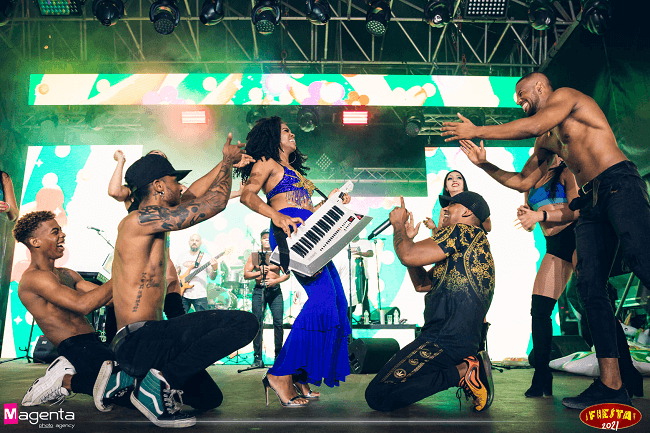 Festival Fiesta has been the point of reference in Italy for Latin American concerts and events for 27 years.

Since 1995 the Fiesta club has been the point of reference for Latin American culture in Italy during summer nights in Rome.

Fiesta is located in the Rosati Tourist Park (Parco Rosati -Eur) and has an area of ​​5,000 square meters with a capacity of 3,500 people. Its distribution consists of an outdoor music room equipped with a stage with a led wall for live music and two dance rooms for different musical styles (Salsa, Mambo, Cha Cha Cha, Bachata, Rumba, Merengue, Timba, reggae, and reggaeton).

“The objective of this festival is to build a permanent cultural bridge between Italy and Latin American citizens living in Rome, promoting the value of integration between peoples and respecting different identities.” Fragment extracted from the website. https://fiestafestival.it/

In this regard, the artistic director Mansur Naziri expressed the following: “Over the years I have witnessed several changes in the audience of Fiesta. Now, we have reached the new generations, those the children of immigrants who were born in Italy feel Italian but still keep their traditions alive, even through music. Next to them are the Italians who dancing and listening to Latin songs have also learned a little Spanish, giving life to a beautiful cultural fusion…”

The most representative Salsa artists who have come to this evocative stage of the Eternal City have been Celia Cruz, Los Van Van, Rubén Blades, Gilberto Santarosa, Tito Puente, Oscar D’ León, and Marc Anthony, among many others.

This year the club with its Fiesta festival will continue to offer the best of the Latin music scene from the traditional to the most current. Here are the Salsa artists who will be performing in the cool of Rome’s nights from June to August. 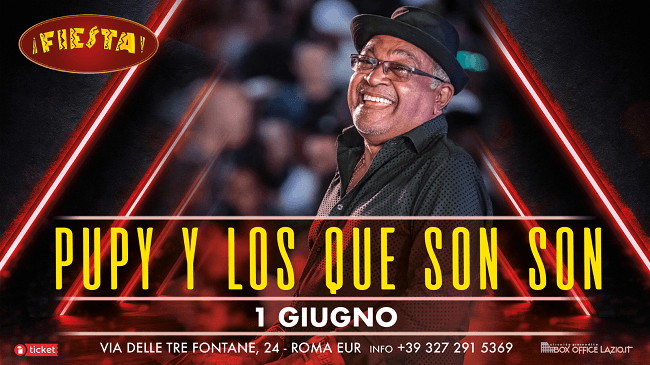 Pupy was the pianist in the Revé Orchestra

The Cuban traditional music orchestra created and directed by the pianist, composer, and director César Pedroso Fernández better known as “Pupy” will be performing on Wednesday, June 1st, and tickets don’t exceed €17.

Pupy is recognized for being one of the most important figures in Timba and traditional Cuban music. He participated in two emblematic orchestras during his career: Orquesta Revé and Los Van Van. In this last-mentioned band, he was one of the founders along with his partner and friend Juan Formell.

After 32 years of artistic career, on October 4th, 2001, he formed his band Pupy y Los Que Son Son. Its name derives from the recognition of “Son” as a musical genre where his roots come from, and the style of the band is the fusion of the different instrumental formats with the “Tumbao”. 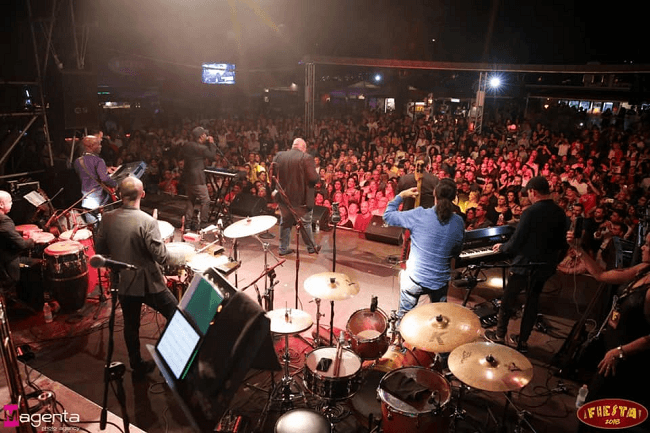 Alexander Abreu spent his childhood in Cienfuegos city (Cuba), where he began playing the trumpet at ten years old.

The band of more than ten musicians created in 2008 and founded by the Cuban trumpeter, singer, and composer Alexander Abreu will take the Fiesta stage on Friday, June 3rd, and you can get the ticket for €30.

Alexander Abreu has become one of the most versatile and acclaimed Cuban musicians in Afro-Cuban music. “I have always seen Havana D’Primera with 15 people on stage, and everyone said that it was impossible, that it would be too expensive, too difficult to move… It is how we started: 14 or 15 of us and a lot of positive energy, now we are stronger than ever.” Abreu commented. 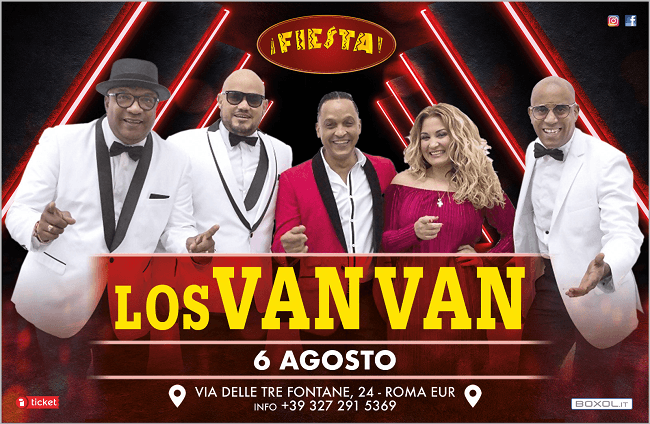 Los Van Van was the first Cuban group to replace a solo singer with a vocal quartet.

The musical orchestra founded by Juan Formell in Havana (Cuba) in December 1969 will arrive on Saturday, August 6th. They will present their fusion of Cuban Son, Jazz, and Rock with the incorporation of percussion, trombones, keyboards, electronic violins, flutes, bass, and drums for a rhythmic and harmonic sound that complements the quartet of voices, and you can get tickets for a value of €30.